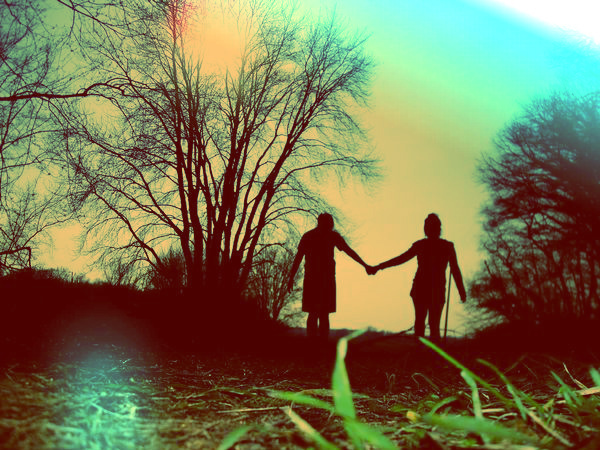 “Don’t wait for people to be friendly. Show them how.” ~Unknown

Sometimes I stop to think about how in the world I ended up where I have. I started off with very little, and somehow along the way I have ended up generally happy and on my own two feet.

My adolescence up to my early twenties had its share of dark days. Whether or not we are lucky enough to have a small handful of people that stick by us no matter what, more often than not we can find ourselves feeling incredibly lonely.

For a long time through my rough days, I held a sort of grudge against the rest of the world. I had convinced myself that everyone was only looking out for themselves, and I had lost faith in the idea that people were mostly good.

Where was that feeling of community? Or helping out your neighbors? What about equality and accepting others’ differences?

The world felt large, dark, and lonely. I felt very let down.

What I didn’t realize at the time was that as much as those close to me have influenced my growth and my life, those I consider strangers have made just as strong an impact. By closing out the rest of the world, I was really hindering my growth and happiness. Let me explain.

I had an accident a few years back, and unfortunately, I was far from home and by myself when the incident occurred.

Many strangers witnessed the accident and casually passed by. Two people who could have just as easily done the same, leaving the accident for someone else to take care of, chose to step in and come to my aide.

They had no obligation to help, and in fact, had places to be. Instead, they stopped to help me, waited until the paramedics arrived, helped to contact someone I knew, and confirmed that I would be okay.

I was shocked that people who didn’t even know my name were spending so much time taking precautions to ensure my safety.

My world was jolted—and I kind of liked it.

This was the first instance of many that changed how I live my day-to-day life.

A complete stranger went out of their way to do good for me, and in return, I would do the same for others.

I opened myself to the idea that maybe not all people were selfish and maybe they were all, in fact, just like me: feeling alone, caught up and looking desperately for that one person to prove them wrong.

It took a while and a lot of courage, but I began to step outside my comfort zone and behave how I always wished others would. I spoke to strangers on the train and in long lines, made friends in waiting rooms, and more. I listened to their stories, even if they didn’t give me a chance to respond.

I have stopped to check on strangers who looked unwell, offered directions when someone looked lost, given advice, returned and watched strangers’ belongings, and made frustrated parents’ children stop crying by making silly faces or cracking not-so-funny jokes.

Once, while studying in a coffee shop, I heard the chaos of a car accident outside and saw an elderly man, looking distraught, alone, and waiting for the police to aid him. Remembering how alone I was and the help I had received during my own trauma, I grabbed a drink from the shop, delivered it to him, and ensured he was being tended to before returning to my work.

Each encounter I have made has had a different influence, a different story, a different result— some small, some large, and some that I cannot measure or know. Each has made my day, and hopefully, theirs, a happier one.

The bigger picture fell into a place for me a couple of years ago. I greeted a homeless man who was down and out and who I would run into frequently. I stopped briefly to listen to a joke he said he had written.

As I laughed and turned to head back on my way, he stopped and said, “Thank you for listening. I have been wanting to share that with someone for a long time. Have a good day on purpose!”

That was it right there. “Have a good day on purpose.” On purpose.

Acting with goodness will bring goodness. Each day you wake up, you have a choice to make. You can either go on through your day, your routines, as you always do, or you can choose to broaden your world.

Opening myself up to these so-called strangers with a positive point of view, open mind, and a helping hand has changed my perspective on life a trillion times over.

Rather than waiting for and expecting others to prove me wrong, I began to take initiative and found that what I was looking for all along was always there. I just needed to pull myself out from the negative space I was in in order to see it.

I have seen the good come back around to me in so many ways.

From that first pair of strangers who helped me through a scary accident, to people approaching me with compliments, and even some offering a smile on days when I could not bear to carry my own.

I have had those who barely know me take a chance on me, trust me, and even lay themselves on the line to help me advance my career. Just recently, a woman gifted me a handmade scarf she was selling because she noticed I was shaking in the cold.

None of these people knew me when we reached out to support and pass positive energy to one another. Some became friends; many I will remember for a long time; all I am lucky to have encountered, whether or not I can pinpoint why.

Making the first move to talk to or help a stranger can be difficult at first, and I will be the first to admit that it won’t always be received how you expect.

Start with by smiling, holding the door open, offering a genuine compliment, or cracking a joke in passing.

The experience is jarring to some as, sadly, kindness is not an action most expect. Just know that no matter what the outcome, you have done something to trigger a positive thought and perhaps make a difference in that person.

All of a sudden, I realized I didn’t feel so alone. I felt a deeper understanding and connection to those around me. All of a sudden the world is not so large, dark, void, and scary.

Edit Danilian is a teacher living in California. She is a passionate, forever student, who believes in humor, love and has a mouth with less than perfect timing. You can follow her on twitter @DaniandB.

What I Did When I Felt Lost and Purposeless