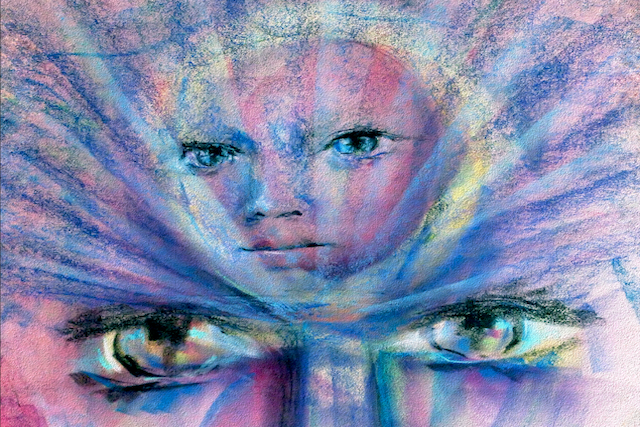 “The cry we hear from deep in our hearts comes from the wounded child within. Healing this inner child’s pain is the key to transforming anger, sadness, and fear.” ~Thich Nhat Hanh

We all have a wounded inner child. Recently, my wounded child was hurt that my sister hadn’t called or texted me for several weeks. It seems like I’m always the one who has to reach out to her, and my wounded child feels like she doesn’t really care about me.

My wounded child was also scared the other day, because I didn’t have a lot of work in the coming week, and I was afraid that I wouldn’t have enough money. The wounded child inside me felt frightened and alone in a big, scary world.

And then my wounded child was angry, but I really know it was about fear and hurt again. You see, my ex-husband is refusing to send the spousal support he’s supposed to give me, and he won’t answer my emails. Feeling helpless and victimized, my wounded child wants to yell and scream and get even with him!

The wounded child is another, and more accurate, way to think about your ego.

This wounded child isn’t “wrong” or “bad.” It’s really just a child trying to take care of its needs in the best way it can. The problem starts when we let the child run our reactions and our lives without seeing it for what it is.

The fact that you and I have wounded children inside doesn’t necessarily mean that we were neglected or physically abused as children—there are plenty of emotional wounds that we all experience growing up. The tender little child that you once were lives on in your adult body, experiencing the world as a place of danger and fear, always ready to defend or attack in order to “survive.”

Your wounded child probably doesn’t show itself much when life is going well and you feel in control, but when something important to you is threatened, or you feel left out or disrespected or taken advantage of, that small child inside can make itself felt in a big way!

The surge of negative emotions you feel in these situations is your cue that the wounded child is taking over. Typically, the emotions are fear, hurt, or shame, but each of these can also masquerade as anger. In fact, you can almost always count on anger to be a cover for a deeper, scarier emotion.

This is because the child inside feels stronger and safer putting on a show of anger than actually admitting to the fear, hurt, and shame underneath.

To make matters worse, consider the domino effect that takes place when my wounded child’s instinctive reactions trigger your own wounded child!

We respond to our outsized emotions of fear and hurt, often with an equally outsized reaction of anger—which leads directly to another round of fear and hurt in you, and another, probably even greater, display of anger in response. And this happens all day, every day, in homes, businesses, and even governments around the world.

But what can we do about it? The first and most important thing is simply to become aware of your wounded child and when it has been triggered. When you feel an outsized emotion, or one that lingers inexplicably, tune in to it rather than accepting it without question. If the emotion is anger, look deeper.

Does it feel as if someone is threatening you in some way? Do you feel unseen, overlooked, taken advantage of? Just as with real children, these are all situations that trigger the wounded child inside.

Do you feel lonely, scared, ashamed or embarrassed? Children often feel inherently powerless and alone in a large and bewildering world.

Remembering your own childhood, or thinking of the children in your life today, is the key to learning how to care for your own inner child. If there was a sad, frightened two-year-old in front of you right now, or even a very angry two-year-old, would you ignore or berate them? Would that help?

The wounded child inside of you is exactly the same. He or she is trying very hard to make it in that large and bewildering world. When you take this perspective, it’s easy to see how our reactions are ruled by emotions that seem out of proportion to the events that triggered them. We aren’t reacting as the adults that we are, but as the powerless children we once were.

When that happens, the best thing you can do to soothe your inner child is to have compassion for yourself. Recognize that you feel angry, hurt, or scared, and that your initial reactions are probably coming from your wounded child. Take a step back, take a deep breath, even put your hands over your heart.

As with actual children, although we may not be able to solve the problem for them, compassion and recognition from an adult go a long way toward making it easier to bear.

You can be that adult for your inner child, once you become aware of their needs. Often the emotions that felt so overwhelming in the moment will simply melt away once you understand their true cause. And, when you’ve acknowledged and cared for your inner child, you’ll be able to choose a reaction rather than letting it choose you!

The process works in reverse as well:

When you see that it is really a wounded child driving the actions of others, you can have compassion for them and cut off the cycle of action and reaction even before you’re triggered.

This is (usually) what happens for me around my ex-husband now. I recognize that he’s actually feeling scared and ashamed, which leads directly to his anger and unkindness. It’s much easier to forgive him when I remember that he is also a wounded child! Nothing is served when I let my wounded child react in turn. At the very least, I suffer. At worst, the situation blows up even further.

Any social arena you fear can also be made easier by remembering that other people, no matter how successful and confident they may appear, are harboring a wounded child who is every bit as scared and vulnerable as yours. This is especially true of people who appear aggressive and intimidating.

Becoming aware of your own and others’ wounded children will transform your relationships and your experience of life. It is the key to self-compassion, which in turn leads to compassion for everyone else.

7 Things Your Inner Child Needs to Hear You Say