There’s a Gift in Every Problem: Finding the Good in the Bad
By Sue Campbell 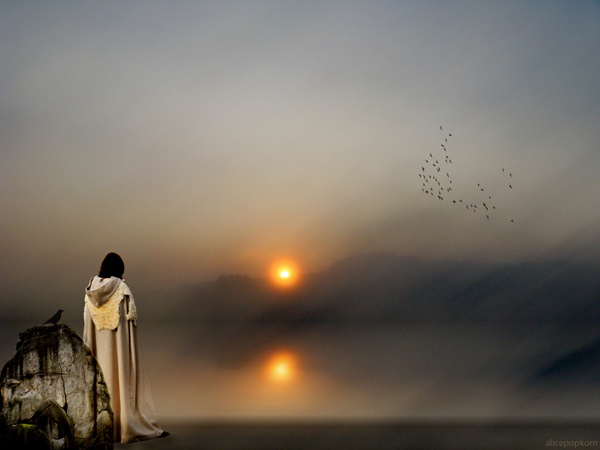 “Every problem has a gift for you in its hands.” ~Richard Bach

I bought the magazine because it had pizza on the cover and the headline read: “Yes, you can eat pizza.”

At that point, the idea that I could eat pizza was as absurd to me as the thought of finding a tiny dinosaur living in my flowerbeds.

But oh, how I wanted a slice.

At thirty-two years old, I’d been diagnosed with type 2 diabetes. It scared the hell out of me, and I was determined to take perfect care of myself so I could be the best mom possible for my two-year-old daughter.

I had unleashed self-discipline previously foreign to me. My doctor and nutritionist praised me incessantly for my dedication.

And at first, my blood sugar improved.

But a year and a half after being diagnosed, I was still doing all the right things—eating healthy, counting carbs, exercising like a maniac—and the right things weren’t working. My blood sugar levels (which I monitored religiously) were still too high and getting higher.

I was drowning in anxiety and I felt like a failure. I would end up blind and on dialysis with no feeling in my feet. My mind ran through catastrophic scenarios by the hour.

That magazine for diabetics, with its siren’s call of pizza on the cover, saved my life because it also happened to feature an article about latent autoimmune diabetes in adults (LADA).

It told the story of a woman in her thirties who was thin and diagnosed with type 2. (Type 2 typically strikes older adults who carry extra weight and have a sedentary lifestyle.)

Gee, I thought, this sounds familiar.

After months of trying to manage her condition, she ended up in a specialist’s office. The endocrinologist took one look at her—young, thin, with a family history of autoimmune diseases—and diagnosed her with LADA. A blood test found antibodies that confirmed the diagnosis.

LADA is essentially type 1 diabetes, with an onset in adulthood instead of the more typical childhood onset. The immune system attacks the cells in the pancreas that produce insulin.

Game over, there’s nothing you can do to reverse it. You’re insulin dependent for life. (Though people with LADA can make at least a little insulin for months or years, which is why diet and exercise can seem to work for awhile.)

Alarm bells began exploding in my head. If this is what’s going on with me, I thought, it explains everything.

After a few days, I managed to convince myself I was a hypochondriac. Who was I to think I was special enough to have an obscure form of a rare disease?

But my increasingly high blood sugar levels still needed to be addressed and that little voice in my head kept nagging me about the possibility of a more serious condition.

I called my doctor. I told him I wanted a referral to an endocrinologist because I was worried about having LADA. He said he would write the referral for me, but that it was extremely unlikely and I shouldn’t worry.

I sat and talked with the endocrinologist for about three minutes before I blurted out, “I’m a little worried about LADA.”

“I think that’s exactly what’s going on,” she said. A blood test confirmed it.

That evening I injected insulin into my belly and woke the next day to the best blood sugar reading I’d had since I started testing.

These days I wear an insulin pump, which allows for precise insulin dosing and gets rid of the need for taking multiple shots a day. It’s my favorite piece of technology ever.

And, I have to tell you, my life is so much better now than it was before I was diagnosed with any kind of diabetes.

So many gifts come to us through adversity. I challenge you right now to identify your biggest problem and then think through all the good things in your life and see if you can draw a direct line between them.

I wager that you’ll find relationships strengthened, personal empowerment, and a clearer sense of yourself, all thanks to the scariest thing you’ve even been through.

And if you don’t find it yet, just hang on, you still can.

For me, being misdiagnosed with type 2 forced me to learn about diet and exercise. I started caring for my body and tapped into my self-discipline. Yes, there can be blessings hidden in a medical mistake!

I learned the power of my intuition, which helped me get the diagnosis and medical care I needed before I ended up with a life threatening case of high blood sugar known as diabetic ketoacidosis.

Diabetes is also the perfect way to practice vigilance without its all too common companion, anxiety. The constant demands of managing the disease can lead one to a near constant state of panic unless you learn skills to overcome it.

Not many people realize this, but apart from trying to avoid long term complications, people with type 1 diabetes must constantly work to avoid acute conditions that can cause death—too much insulin can cause a low blood sugar that can kill you and too little insulin causes high blood sugar, which can also kill you.

Which leads me to the biggest gift of all: an appreciation of my own mortality.

It’s up to me to infuse every day with meaning—to truly feel the joy of laying in a hammock reading a story with my daughter or exchanging salacious texts with my husband.

Yes, we all know that in theory, we could get hit by a truck tomorrow. But now I really know.

And I use that knowledge to make decisions about where to spend my energy. For example, I always wanted to be a writer but I never did one damn serious thing about it until diabetes lit a fire under me. Now my writing is my second career.

Having type 1 diabetes isn’t easy; in fact, it can be hard as hell. If researchers have a miracle breakthrough tomorrow, I’ll camp out overnight to be first in line for the cure.

But I cling to the revelation that there are many gifts to be found in facing our biggest challenges and we’d be fools not to accept them because we hate the wrapping paper.

Sue Campbell is a freelance writer in Portland, Oregon. Her newest blog,Chronic Shmonic, is designed to give you the loving kick in the pants you need to put life in front, chronic disease in the back. Find her on Google+.