Moving Beyond Passive-Aggression: Stop Repressing Your Feelings
By Tiago Marcelo 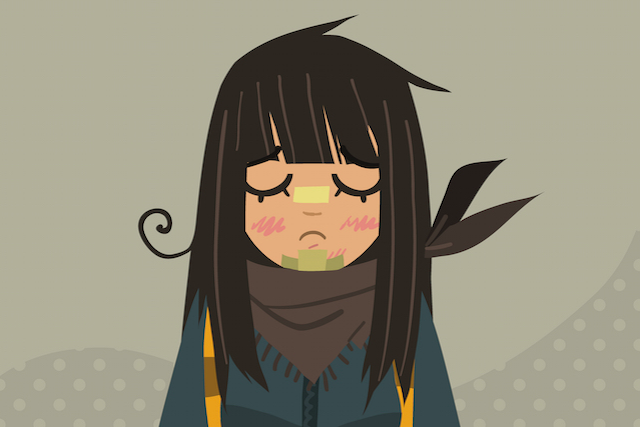 “Don’t let the fear of what people might think stop you from speaking your mind. Speak up, you deserve to be heard.” ~Unknown

I used to suffer from immense communication problems that manifested as passive-aggression. I had no idea how to get what I needed, and I often failed to express my desires.

My maladaptive response was to remain positive at all times, while burying my feelings and casting them into the back of my mind. It wasn’t the greatest time in my life, but it served as a valuable lesson more than a decade later, when I cleared away the cobwebs of anger and reclaimed my true self.

I frequently notice passive-aggression in people who are passionate about being positive. Have you ever met someone who seems to radiate with positivity and yet, upon closer inspection, you find out that they’re actually a walking ball of resentment?

We’re all only human. A person who tries at all costs to maintain a facade of success and happiness is eventually going to have a bad day, and their shield will crack. Once they’re emotionally spent, the feelings that they’ve kept inside for so long will come to the surface.

Ignoring feelings is never the solution. Accept them, investigate them, and then act.

I’ve learned that passive-aggression is a form of subtle resistance—we feel that we can’t resist openly, so we use sarcasm, or we flake on people, or we put that little smiley face at the end of our snapchat message to disguise our anger. Other examples include procrastination and intentional inefficiency.

At some point in your life you’ve probably been on the receiving end of sugarcoated, venomous attacks without even realizing it, and on the opposite end of the spectrum, you’ve probably tried to infect someone with your unconscious passive aggression.

It’s not necessary. And it’s not healthy.

Passive-aggressive behavior often has roots in childhood; it has to do with how much attention our parents gave to our desires.

If your caretakers constantly rejected reasonable wants and needs, you likely felt like an inconvenience to them and learned to stop expressing your desires openly, so as to not create more tension in those relationships.

Yet you still had wishes. If protesting became impossible, the only other way to resist was through lies and deceit—for example, by doing the complete opposite of what your parents requested, or doing it so badly that you may as well not have done it.

When you grew up, you likely still maintained the belief that you could not simply outright express your wants and needs to your spouse, colleagues, boss, or anyone else in your life; that’s how it was for me.

This inability to ask for what we really want is a heavy burden to bear.

The coping strategy then becomes one of securing outside validation. If we can’t be assertive, then we have to beat around the bush to achieve the same result, and that’s why so many of us suffer from what I like to call people-pleasitis.

The only way to get out of the mire of people-pleasitis is through acceptance and courage.

You have permission to feel your feelings. Regardless of what you’re feeling, you’ll discover that nothing bad comes out of catching your emotions as they come. Once you train yourself to observe your emotions, you will see that they are simply feedback.

Accept your emotions. Love them. Embrace them.

Courage is required to express your true self to other people. This is a choice you can make right now.

Choose direct communication rather than indirect people-pleasing behavior. Choose to express your needs, wants, and feelings. You may lose some friends by doing this, because people have gotten used to the people-pleasing you. It’s worth it.

I’ve changed so much simply by having the courage to communicate my needs and wants to the world. It’s scary—it really is—but what lies on the other side is more valuable than gold. You find yourself—and you find people who value and respect your thoughts, feelings, and wishes.

For many people, this is a lifelong process. But learning to express yourself assertively is one of the greatest gifts you can give to yourself and the world.

Have you ever noticed how naturally authentic folks seem to attract so many people?

They’re so comfortable with themselves that they also make you feel comfortable. And you know this because you will feel inexplicably good around them. They are not hiding anything from you, and they don’t produce any queasy feelings in your gut (the same feelings you get with passive-aggressive people).

Behind passive-aggression lies a valley filled to the brim with anger and hostility. When this valley can no longer support all the pent-up negativity, it will come out in a furious outburst that will leave your friends and family dazed and confused. You see this all the time with people who suppress their feelings.

Only by freeing yourself from these toxic emotions can you fully reach your potential as a human being.

I was but a shadow of my true self when I was passive-aggressive, because I wasn’t being authentic with people.

I unconsciously created distance between myself and others. By far the biggest area of improvement in my life has been relationships. I believe that you can’t reach your greatest potential without the support of people who truly, deeply know you, and I now have people like this in my life.

If you’re engaging in passive-aggressive behavior, it’s time to have the courage to confront yourself, because what lies on the other side is infinite possibility.

Tiago lives in Barcelona and is the webmaster of the personal development blog Spiraling Up and also teaches English in three languages at English-Ingles. He enjoys reading, writing and spending time with his girlfriend.