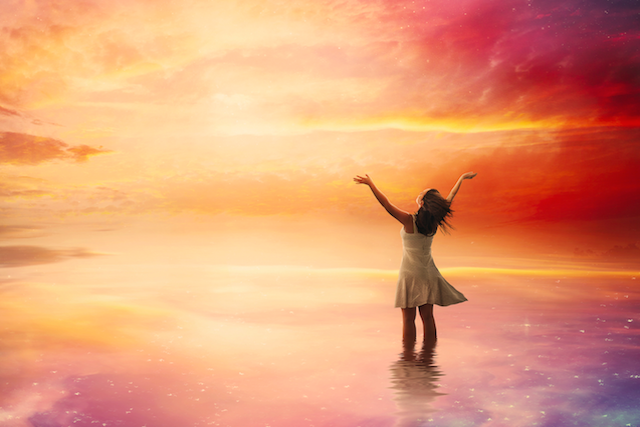 Have you ever been there?

When someone you love suddenly disappears. When life, within a few seconds, turns upside down. When your biggest problems suddenly seem like nothing but drops in the ocean.

I know I have.

It was December 15, 2013. That was the day when everything changed, when her life came to an end, and many other lives were changed forever.

When they first told me she was gone, I couldn’t fully grasp reality. For a second I wondered who this person was they were talking about—this person who apparently had the same name as my friend.

Then, the reality sank in. My heart broke into a thousand pieces.

Being one of the first to find out, I knew I had to be the carrier of the awful news. I had to tell people that someone they loved was gone. She had a lot of friends all over the world, so I made calls to Brazil, the United States, Venezuela, France, and the Netherlands.

Some couldn’t say anything; others cried hysterically. After each call, my heart broke a little more. Hearing the pain and sorrow in others was almost more than I could take. Everything seemed so unreal. One day she was there and the next she was gone.

Over two years have passed since that day. Now she smiles at me from the picture on my desk. Sometimes I imagine her being here with me. If she were, what would she tell me? How would she want me to live my life? I think she would tell me something like this:

The first time we met was in a bar in Saint-Denis, Paris. I was new to the city and barely knew anyone there. Even though she already had her life established, she never hesitated to become friends. She initiated our friendship; she made the first phone call and asked to meet again. For that, I’m very grateful to her.

As we grow older, we tend to stop making new friends. But, that also means that we deprive ourselves of new, unexpected, and incredible experiences. So, choose to stay open and curious about new people. They might just change your life.

She was a happy person. She could light up a room with her warm smile and infectious laughter. When I met her parents, I knew exactly where she had gotten that from. Even at her funeral, her father opened up by saying, “I can’t believe I’m standing at my daughter’s funeral with a smile on my face. Seeing that so many people cared for my daughter brings warmth to my heart.”

Joy is contagious, so smile more, and laugh often. You won’t just feel better, but you’ll also touch the heart of others while you’re at it.

We once had a conversation in which she questioned whether she was lovable as a person. She had no reason to doubt herself, believe me. But, unfortunately, many of us do. We question if we’re good enough, smart enough, or good looking enough.

She was at her best when she was herself fully and completely—including the flaws, quirks, and imperfections. We should trust that the same applies to us all. Trust that there were no mistakes when we were created. Trust that our differences are what make us unique and irreplaceable.

4. Choose to see the positive.

When we were going through uncertain times at work, and nobody knew if they would keep their job, she was the only one who laughed and joked about it. When someone would ask, “So, any news?” she’d always say with a smile, “Still here!” Even though circumstances were difficult, she chose to see the positive. And her positive attitude grew into a positive result, as she was among the group of people who would keep their jobs.

Being positive when things aren’t going our way isn’t easy—it’s easier to complain and be negative. But, what we focus on tends to grow. So, instead of fighting what isn’t working, focus on what is working and on that which we want to grow. Simply put, give power to faith instead of fear.

She wasn’t someone who judged. Instead, she chose to accept everyone for who they were. She never allowed looks, clothes, or opinions to stand in the way of connecting to someone. Instead, she knew she had something to learn from everyone. So, rather than being critical to differences, she chose to be curious about them.

We never know what someone has gone through or is going through; therefore, we’re not in a position to judge. Judgment creates separation between people, while curiosity builds bridges. Choose to stay curious.

She knew the power of love. She knew how it could build someone up or destroy them completely. No matter if it was a love partner or friend, she always chose to love fully. She did so by giving her undivided attention, sincerely wanting the best for everyone, and by being generous with compliments, time, and support.

When I think of her, I think about the love she gave me and the love I have for her. Because, in the end, all that matters is the love we hold and share.

Before her death, I used to live as if I would live forever. I talked about dreams, but I never acted on them. I always found excuses as to why it wasn’t the right time, or fretted about how things wouldn’t work out. But then her life ended at twenty-six.

And if she were here today, I think she would tell me the following:

“Don’t wait and prepare yourself for the life you truly desire. Start living it right now. Make the most of life while you still can. Make sure every minute of your time here counts.”

Because it does count.

Maria Stenvinkel is on a mission to help you move from fear to fearless—and to unleash your confidence, greater potential, and true self-love. Download her free and powerful worksheet: "The Secret to Boosting Your Self-Confidence [Easy Worksheet]."