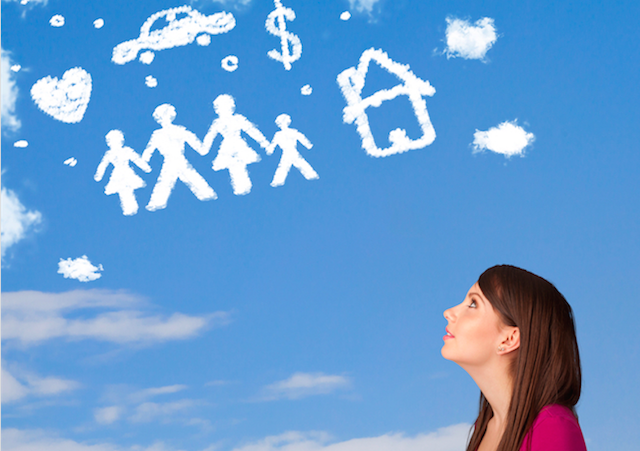 “The more you love your decisions, the less you need others to love them.” ~Unknown

I got on that twelve-hour flight thinking I was ready. Yet during the travel from my house to the airport to Belgium, my feelings were suspiciously neutral.

I neither hated where I was nor felt strong emotional attachment. Less than two weeks later, those emotions came out, full force. Ten days into graduate school in Belgium, I realized that this wasn’t what I wanted.

Everyone told me to stay, to tough it out. I didn’t realize then that their advice was for them—that my peers wanted to stay in school, and my friends wanted to have a life in some exotic land like Europe.

That’s when I realized that everyone comes from a different place—everyone has different values and desires—and their opinions should not dictate how we feel about our choices.

When I decided to quit school, everyone was against it. One peer clutched my arm tightly, as if I’d just told her that today was the end of the world. Some even got angry.

At first I was affected by the overflow of emotions, until I realized that what I did had no permanent effect on their lives, regardless of how they reacted.

I was an overstrung, high achiever in both high school and college. I played by the rules and did what I was told. And I was addicted to status.

Advisors and teachers told me that I should apply for the Fulbright scholarship, that I should join Peacecorps—it’d be wonderful, it’d be life-changing. I did what others deemed best for me, and it made me reliant on them and ignorant of my own instincts and desires.

After graduating from college I needed a rest from it all, but used to going full-steam ahead, I kept pushing. I hoped I could start graduate school in Germany or France, leaving myself only a two-month break after years of schooling.

But every school I applied to rejected me. Though I cried after received those long-awaited letters, I now realize this was a blessing in disguise.

That year, I went “nowhere.” I felt unhappy, stuck, and lost. But I kept applying, hoping for an adventure for the following year.

During that time, I decided to distract myself. I wrote more. I exercised more. I tried to laugh a little bit more. I fell in love with krav maga and found a community of people who I rejoiced in seeing almost every day.

Then I was accepted into a masters program in Belgium for the following year.

During the countdown, though, as I trained more and had more time to myself, I began wavering.

Gone were the moments of nervousness, fear, and apprehension that were so constant post-graduation. I found myself living in the moment more often. My skin was clearing up I was shedding stress-induced weight; I was going out more. I stopped dreaming about being away.

After a particularly grueling session in class, my krav maga instructor came over to me with a smile and said, “Once you’ve traveled the world and seen everything you want, come back here, where you belong.”

I laughed at first and said, “Sure,” thinking in my head that I’d probably be gone forever.

Guess who was right in the end?

Fear vs. Lack of Desire

People always told me to “try it,” and “just do it,” and that seemed like a good life motto. Never let fear hold you back. But what I was experiencing before leaving for Belgium wasn’t fear; it was a lack of desire.

My first time studying abroad in Taiwan was nerve wracking but brimming with anticipation. I cried over late documents and panicked over lost plane tickets, but no matter what, the final destination was Taiwan.

I broke off a long-term relationship, I studied hard into the night, but I knew that it was well worth it.

The night before I left, I began wondering if I was doing the right thing, if I could leave home for the first time for a whole year. That thought passed as quickly as it had appeared. I departed, and am glad I did, because I knew that it was the right thing for me to do. How did I know? I felt passionate.

Fast-forward three years later: going to Belgium wasn’t what I wanted. I just couldn’t admit that. I didn’t print my plane ticket until twelve hours before my flight. I didn’t pack until a day before I left. I just didn’t care to go to Belgium anymore.

Apathy is said to be worse than love or hate. I was entirely apathetic about my “next adventure.”

I’ve learned that fear is different than a lack of desire, and even if we don’t listen to our instincts right away, we can always tune in and honor what we hear. Accept what happened, accept that your desires have changed, and listen more closely to what you really want and need.

Our instincts not only keep us safe but can help guide us through life.

Part-time avid haggling traveler, part-time bedridden homebody with laptop on belly and Costco-sized nutella on chest, Ms. Le is a Jill-of-all-trades, language enthusiast, and a rather uncommitted college graduate (she still can’t believe she made it out alive). Visit her at milotheory.wordpress.com.