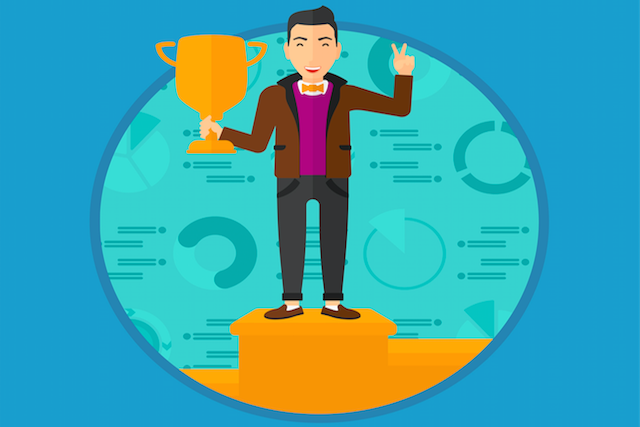 Is there something wrong with being special?

But why is that? Being special is… special!

That’s true, but there’s a downside most people aren’t aware of.

Before we go any further, let me clarify what I mean by “being special.”

In short, being special is about thinking that what applies to others doesn’t apply to you, thinking that you’re an exception to the rules of life that others have to follow.

It has nothing to do with having healthy self-esteem or thinking highly of oneself; in fact, it’s all about ego and self-deception.

And you could be thinking in such a destructive way without even realizing it.

The Trap of Being Put on a Pedestal

Let’s say when you were growing up, people put you on a pedestal for something you did well.

In short, you had a privilege that set you apart from your peers, and you may have done nothing or very little to get that advantage.

Maybe you never had to study hard and didn’t know how you got those awesome grades every time—it just happened!

Maybe politeness was natural to you and it seemed odd that people gave you so much credit for it.

You just had an advantage and enjoyed it, but you didn’t know how you got it.

People around you likely assumed you’d have an awesome future based on your awesome past (which, once again, didn’t require much effort from you).

Now, this kind of child, with the right set of circumstances, may grow up thinking that he/she is special. And this child might believe that he or she can succeed in anything with little effort. Soon enough, this person will figure out that this isn’t true.

When I was a kid, I used to be the perfect student.

Not only were my grades good, but also I used to be very polite and I made almost no mistakes.

My peers would say “Mosab, how do you get such great grades every time? How do you study?”

Because of the conditioning everywhere around me, I continued being that little “perfect” kid.

And don’t get me wrong; I’m grateful for the opportunities of studying in such awesome places and meeting great people throughout my journey.

But all of my past conditioning made me think that I had some kind of special power, that I was too smart to fail, and that everything I’d do would be a success.

For example, when I started my own blog, I assumed that people would love my writing immediately and that I’d have more knowledge than many other self-development bloggers, because I thought things would work the same way they did when I was a kid.

I assumed people would give me recognition immediately; I wouldn’t have to work hard because I’m so awesome! Of course, that proved to be untrue.

For you it could be a whole different story, but the outcome may be the same: You were deceived to believe you were an exception, especially if you had a bright past.

At some point, you may get lazy, assuming that one day you will have a better future just because of your astounding past.

Unfortunately, it doesn’t work this way. The only way to create a great future is to work for it.

From my own story, and from many people I’ve seen who think that they’re “too epic to fail,” I can confidently say that “being special” is nothing but a way to escape the discomfort of taking responsibility and changing things. It’s a way to avoid hard work, a self-deception strategy.

After all, it’s easier to say you’re special, especially if you have the past to back it up, than to jump into the mud and get your hands dirty working on changing your situation.

The Valuable Lessons You Need To Learn Here

Ego, especially when you hide it from yourself, is your worst enemy.

In fact, ego is nothing but a symptom of feeling weak in one area and wanting to cover that up by acting too strong, which never works.

In order to get something, you need to qualify for it, to earn it, and that requires putting yourself on the line and working hard.

It also requires facing yourself and admitting that sometimes you’ll fail and struggle, but you still have room to grow.

I leaned this the hard way, and I’m still learning, but now I can see clearly that I must stop thinking that the world owes me something and start working hard to get what I want.

Now, I like to think that I’m unique, not special. We’re all unique somehow; we all have unique perspectives and abilities, and we can use our own uniqueness to design our future—if we’re willing to put in the effort.