Be Good to Yourself: It’s Not You, It’s Your Brain
By Tim Brownson 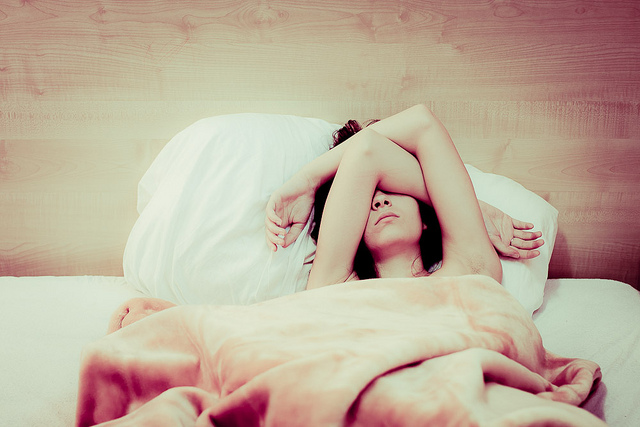 Update: The winners for this giveaway have already been chosen! Subscribe to Tiny Buddha for free daily or weekly emails and to learn about future giveaways!

“You yourself, as much as anybody in the entire universe, deserve your love and affection.”
~Buddha

If you had met me at a party a decade or so ago, I’m sure you would have walked away with the impression I was a bit of a miserable and pessimistic person. I would have happily pointed out to you how much my well-paid job sucked, how stressed I was, and how unfair life was.

And your impression of me would hardly have been elevated if you had been able to hear the conversations that were going on inside my head.

I was giving myself a hard time most of the waking day. Every sale I closed meant I was lucky, and every sale I lost proved I was an idiot. And on the rare occasions I wasn’t blaming myself I was blaming everybody else for my inability to be content and happy with my life.

You could hear that and be forgiven for thinking that human beings are a miserable, pessimistic lot at heart, but there’s actually an excellent reason for the imbalance.

As a species we have been sharing this planet with all sorts of creatures that can eat, sting, bite, and even electrocute us for the best part of 200,000 years.

That’s only really changed in the last few hundred years with the explosive growth of mankind. The accompanying deforestation and expanding urbanization wiped out or marginalized entire species that may have previously posed a danger to our existence.

As well as having to be wary of nasty creatures with big pointy teeth we also had to ensure we did not bump into enemy tribes or annoy our tribal elders or peers and risk a lowering of our status.

The brain thinks status is crucial to its survival because tens of thousands of years ago it was status that decided whether you got to stay in the tribe, who (or if) you could marry, and generally how secure and happy you were.

These days somebody unfollowing you on Twitter can be seen by your brain as a decrease in status, as can be being turned down for a date or losing an online role playing game. As such your brain can create a dopamine crash, and that’s why those things tend not to feel good.

On the flip side, it can give you a pleasant dopamine rush by such things as gaining a promotion at work, getting your 15 minutes of fame on TV, and even something as seemingly inconsequential as winning a petty argument with a friend.

Unfortunately for society as a whole, most people feel a strong, albeit short-lived, surge of status through the acquisition of wealth, material possessions, and power.

It was that supposedly elevated status that was keeping me in a job that made me miserable, even if I didn’t know it at the time.

We are living in remarkable times. It’s sometimes difficult to see as we are so close to it, but there’s little doubt that we are going through a technological revolution no less impressive than the previous industrial and agricultural revolutions.

There is one massive drawback with all this rapid change though.

Unfortunately your brain cannot evolve at the same rate as technology without a lot of help from you utilizing tools like meditation and mindfulness.

That’s because its default behavior is to cling on to the old way of doing things even when at a rational and conscious level your actions sometimes make little or no sense.

Your brain can, and often will, throw you into the fight or flight response even though you’re only asking for a date or giving a presentation. It can urge you to carry on eating even when you are full because it doesn’t know when you will next hunt down dinner. And it can create fears around people, animals, and inanimate objects that are often completely irrational.

And I can honestly say, I have been the “victim” of all of the above courtesy of my prehistoric brain.

There is little correlation between income and happiness when somebody earns over $100,000 per year. And what correlation does exist completely evaporates when you take that figure over $250,000.

Most people understand this at a conscious level and you may even agree that it makes perfect sense.

However, that’s your neocortex, or conscious mind agreeing. Whereas the dominant and infinitely more powerful unconscious part of your brain is really thinking, “Yeah whatever buddy, I need a pair of Jimmy Choo’s, a pool for my backyard, and a new Mercedes to raise my status and I want them now!”

Why am I telling you this, you may be wondering? What has this got to do with you and of what possible use could this information have on a site like Tiny Buddha?

You my friend are a human being and as such you will frequently make irrational decisions that leave you shaking your head in disbelief. If you are like most people I know, you will then almost certainly beat yourself up for acting inappropriately.

In almost seven years of life coaching I have yet to have one client tell me that when they beat themselves up about something they consequently feel much better about life and never repeat the same mistake.

The reality is you are always doing the best you can. Even the worst decision you ever made was done with a positive intent. It’s easy to look back on poor judgment and presume you were/are an idiot.

You’re not, so give yourself a break.

You’re doing the best you can with a brain that loves to make up stories and react according to stimuli that were developed many centuries earlier. You may have an iPhone running on OS 5, but you have a brain that’s barely running on Version 1.21.

Next time you get hit by one of those negative and draining emotions like jealousy, fear, anger, worry, or greed that are nearly always status related, take a couple of deep diaphragmatic breaths, smile (because smiling sends a positive message to your brain that all is good) and ask yourself with a genuine sense of curiosity:

Is this really me, or is it just my brain up to its old tricks again?

I have just written an in-depth book on values designed to help people understand what motivates them at the level of identity, called Aligning with Your Core Values. If you’d like to win one of three free copies of the eBook and audio version, leave a comment below committing to going easy on yourself today. You can enter until midnight PST on Wednesday, December 7th.