Wanting More Time: Have You Lived Enough?
By Jason B. Fischer 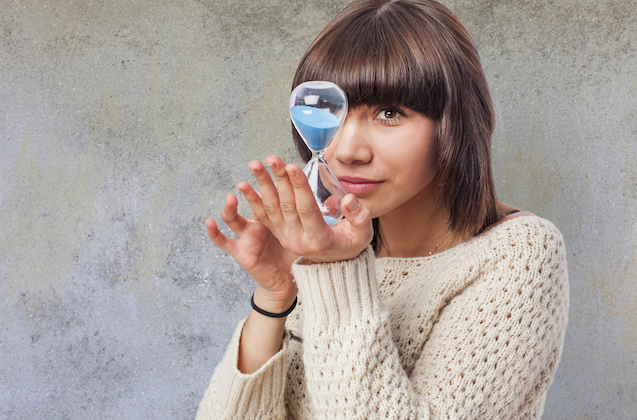 “When you arise in the morning, think of what a precious privilege it is to be alive—to breathe, to think, to enjoy, to love.” ~Marcus Aurelius

I remember attending a lecture by the Tibetan monk Sogyam Rimpoche, author of The Tibetan Book of Living and Dying, in which, smiling all the while, he confessed, “So many people, they say, ‘I’m not afraid of death.’I tell you, they’re lying! Death? Very scary. Me? I’m very scared of death.”

And I thought to myself, “Phew, if he’s scared, then it’s certainly okay that I’m scared too.”

For many years after that, I carried a question around with me. “Have I lived enough yet?” Without hesitation my answer was always, “No way! Not by a long shot!”

And then I’d follow this up with all the reasons why I wasn’t yet satisfied—I hadn’t left a mark on the world, wasn’t married yet, didn’t have children, didn’t know who was going to win this season of whatever reality TV show I was following.

Even after I had built a decent career for myself, published a book that I know helps others, got married, had two adorable sons, and found out who won that season (and many others) of various TV shows and sports, the question and its familiar response still remained. Had I lived enough yet? No!

It suddenly dawned on me that, if I continued to think this way, I would never experience fulfillment. I’d never arrive at that mythical destination I’d set out for myself where I’d finally cease yearning for more. Especially now that I had kids, this became abundantly clear.

I’d always want to see what came next in their lives, to witness each step upon their journey into and throughout adulthood.

Then if they had kids, I’d want to share as much of their lives as possible too. Feeling so much love in my heart, I knew I’d never reach a place where I’d had enough. I’d always want more.

Realizing that I was chasing what could never be caught, I stopped to pose myself a new question.

I asked, “What do I want my last thought in this world to be?” And my answer came back as something like, “I’d want to be thinking, Ahhhhh, that was good… that was nice… that was enough…”

This new question might not have helped me much, if I didn’t remember something else, namely, that how we live this moment is the best predictor of how we will live in the future.

So, it then occurred to me that, if I wanted to be thinking I have lived enough in the future, then the best way to get there would be to live with that exact same thought right now.

Immediately, I started asserting this new notion that, already, I had actually lived enough. After all, there are many humans that are not blessed with the experience of even a second day of life on earth. How greedy was I willing to be? How selfish and ungrateful?

The deeper this pronouncement that I had lived enough sunk into me, the greater the shroud of fear surrounding death lifted.

Whether I initially had believed this or not, I slowly grew to the place where I knew, beyond any doubt, that I had lived enough. Yes! I had already lived enough! And, just like that, all my fears vanished and I finally felt free, overflowing with a sense of appreciation and contentment.

Ever since, I’ve been discussing this concept of “enough” with others in the throes of grief and loss.

What I explain is that “enough” is always a value judgment, rather than something that can be quantified or measured. It’s about perspective, a determination on our part to choose gratitude for what we’ve been granted over regret for what we have lost or fears about what we might lose.

This can be tremendously powerful, though admittedly very hard at times. Is it possible to view the death of a young child and understand that he or she lived enough?

Can a parent suffering through such a loss perceive their abbreviated time with their son or daughter as enough?

When a friend or parent or anyone else we care about passes away, can we experience the time we had with them as enough?

The answer is yes. It is possible, if and when we choose to exercise our right to invoke this perspective.

We can view whatever time we’ve been given through the continually available lens of gratitude, appreciation, celebration, and love. We can understand each moment as a gift, as “enough.”

To be a human is little short of a miracle. In the limitlessly vast universe of atoms and particles and stars and planets, gases and quarks and molecules, stones and trees and bugs and platypuses, of all the possible manifestations of life that are possible, we have been given the rarest of privileges of experiencing what it is like to be human. That’s cool!

Just by being here, we’ve already beaten the odds, no matter how many more minutes of this miracle we get to experience.

We know when we lived enough by knowing this right now, during this and all future moments, even while we crave to drink in as much as life continues to offer us. We appreciate that no more is needed.

We’re thankful and, from the wisdom of this thankfulness, we smile, at ourselves and all around us. We’ve already lived enough—and that’s a beautiful thing.

Woman with hourglass image via Shutterstock

Formerly a Buddhist monk, Jason B. Fischer, MA, LPC is the author of The Two Truths About Love: The Art & Wisdom of Extraordinary Relationships (New Harbinger, 2013) as well as the Founder and Clinical Director of Plumeria Counseling Center in Austin, Texas. He is a therapist, writer, public speaker, husband, and father of two beautiful sons.

Facing the Fear of Death and Really Living Now