We Are All the Same, So There’s No Reason to Hide
By Shannon Crane 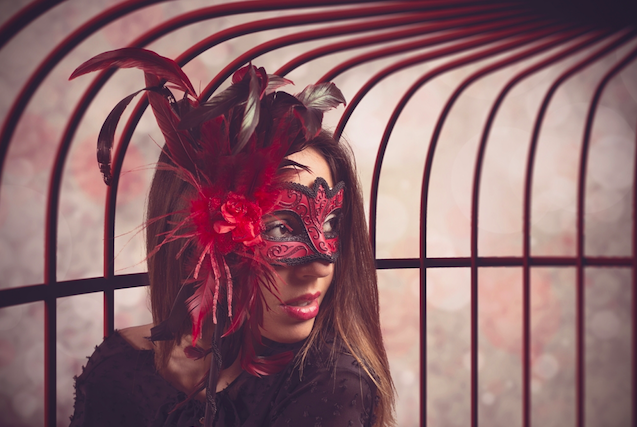 “One of the most calming and powerful actions you can do to intervene in a stormy world is to stand up and show your soul. Struggling souls catch light from other souls who are fully lit and willing to show it.” ~Dr. Clarissa Pinkola Estés

It’s taken a long time for me to be comfortable with being completely myself.

Most people who meet me now see a strong and confident woman. Yet, underneath that confidence there is still a little girl in me that is scared. I’ve accepted that she is always going to be a part of me; however, I have learned to take responsibility for her care instead of giving that to other people.

When I meet new people, I suspect either they are relieved to talk to someone who is transparent and real, or they are uncomfortable with my directness.

I imagine it’s not always a matter of instant like or dislike on their end, but sometimes it feels that way to me. Either way, I’ve had to learn to not let others’ reactions influence how I show up in the world.

I spent a good part of my life as a chameleon, changing myself to try to fit in and be accepted.

Being the youngest of four in my family meant I was left out, teased, picked on, and blamed by my older siblings. As a result, I turned out to be a geeky kid in junior high and high school, lacking any confidence or sense of self-worth.

I walked with a funny lurch, had a bit of a speech impediment, and tried so hard to be liked that I achieved the opposite. In high school the kids all called me a dog and barked when I walked down the hall. I was the brunt of the jokes for every classroom clown.

The late 1970’s in the heart of Southeast Texas was not a good time or place for a pre-teen to question her sexual orientation. My science teacher, who had become a friend, no longer wanted me in her class when she suspected I had a crush on her.

The vice-principal of the school said I was sicker than I thought I was and needed professional help.

My chemistry teacher told the group of popular girls if they didn’t stop talking he was going to make Shannon sit with them.

We all know kids are cruel, but in Bryan-College Station, meanness wasn’t limited to by age.

I’d make out with boys in the hallways or back of the school bus trying to prove I wasn’t gay. I started seeing a psychologist. I put up with the cruelty of my teachers and students because there was nowhere to escape.

If people look closely they can still see glimpses of the young girl who kept her head down and slumped her shoulders trying not to be seen. She is still with me today. Defeated without any outs, however, she had only one choice if she wanted to live. And that was to stand up for herself.

Because it’s difficult for me to do this, I can sometimes come across kind of loud, directive, or bossy. Early on I learned to put on a good show and convinced myself that self-confidence is the key to success. Years of trying so hard not to care whether people liked me eventually integrated into a strong persona.

Underneath it, however, still lived that little girl in me desperate for love and approval. For most my life she’s been in control. Like a puppet master, she’s pulled the strings behind my mask, seeking out someone or something to be her salvation. She was great at staying well hidden but in control.

All she ever wanted was an end to her suffering. All her searching and orchestrating was always been about finding a way to stop the pain. She didn’t know the strings she pulled were putting me right back into the frying pan. How could she know that by latching onto other people she’d end up more hurt?

When we keep parts of ourselves locked away and behind a mask, we only give them more power and control.

Finding my authentic voice has meant holding myself with compassion and learning to accept all of who I am.

Letting go of my need to be perfect and my self-judgment isn’t something I’ve been able to do once and be done with. It’s something I have to do over and over again.

I can let down my mask and be real because I believe at our core we are all the same.

I believe we all want love and approval. I also believe that it is only by giving that to ourselves that we can give it to each other.

Shannon Crane is a writer and speaker passionate about sharing how one's focus, feelings and perspective influence the quality of life. She has developed an eight-step process to changing focus, getting in touch with the body wisdom, and seeing things from a soul perspective. You can join her Facebook community or connect with her at www.yourlifeperspective.com.

Being Honest with Ourselves and Removing Our Masks

8 Ways to Be More Confident: Live the Life of Your Dreams