We Are Never Alone in the Storm
By Nicole Franco 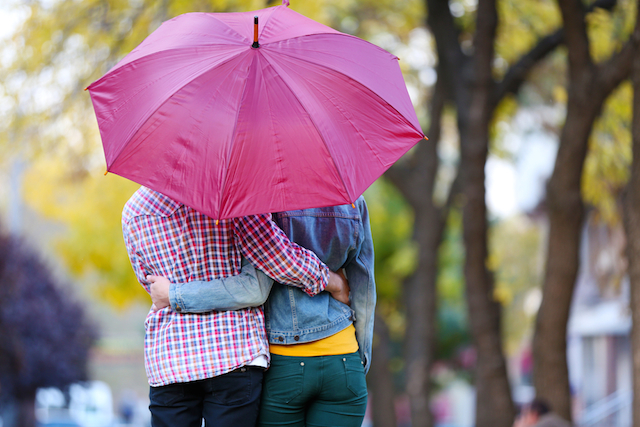 “We all have problems. The way we solve them is what makes us different.” ~Unknown

Like so many others living in Florida, my family was deeply affected by hurricane Charlie in August of 2004.  We have completely recovered financially some years later, but the gravity of the situation leaves feelings close to the surface.

Our particular community was heavily hit by what were called spin-off tornadoes. Most people in Orlando did not believe the storm was coming our way.  We had little notice that the storm path had changed from the forecaster’s prediction.

A friend from Jacksonville called and said, “They’re saying here it will hit Orlando tonight as a category four.”  We hadn’t heard that yet and there was no time to board the windows or evacuate. The sky turned a very eerie dark gray and the reality was quite clear.

We listened to the battery powered radio as our power went out quite early in the storm. At one point we heard that serious tornadoes were spotted on radar near the airport. This was minutes from our house.

As we were devising a plan, we heard “If you can hear this and live in Conway, seek shelter in a bathroom or interior room now.”

My husband and I huddled in the bathroom sheltering our then-three-year-old with a mattress. I was pregnant with our second and we both knew this was serious. We began to hear heavy winds and then glass breaking. A tornado does very much sound like a train passing over your head.

It became clear that our roof was breached and we would need to move even further to an interior closet. The skylight in the bathroom was leaking water. This is when I became afraid that our home may not protect us.

At the height of the storm, my husband ventured out to the foyer to see what we were dealing with. He reported back the roof was gone, windows were broken, and the garage door was ripped from the hinges.

He could also see a small light flickering by the street. As the storm died down, he opened the front door to see where the light was coming from. It was completely dark as all power was out for miles. Worried about downed power lines, we slowly made our way, calling out toward the street.

It was a flashlight, left by our dear friend and neighbor and his teenage son. They were worried about our badly damaged home when they ventured out into the street to clear the storm drain of tree limbs. They saw our broken home and knew we couldn’t battle flooding as well.

This simple act of service has remained with me to this day.

The significance of light during the storm is not lost on me. We can choose every day to let our personal light shine on others despite our own circumstances. His home was damaged, as well, but he was thinking of us.

I don’t think every person has to save the whole world. But if we just extend our circle once in a while, and imagine how someone else’s life might look from the inside, what insight we would gain.

Challenges are opportunities waiting to happen. When we help others with their problems, we contribute toward the greater good. In that, I mean all who live aside us are healthy, happy, and whole. By not accepting help from others, we may be denying them the chance to serve.

Live stronger by being helpful, grateful, and willing to look into the storm for the light. The natural world offers hardship sometimes. The human spirit offers perseverance and virtuous actions if you allow it.

If we were all to live intentional, deliberate, and well-thought out lives, we could minimize the sense of aloneness and other problems that plague us all.

When the storm seems too strong or the fog too dense, we must remember that within us lies the strength and answers.

Extending yourself to others in need brings insight. It breeds compassion and self-worth. It sets an example for others to follow and it often helps you gain perspective in your own life. Even a tornado can be far less scary when you know you’re not alone in it.

Hugging under umbrella image via Shutterstock

Nicole Franco is an emerging freelance fiction writer seeking representation for her first novel. She enjoys family, horses, travel, reading, photography, and making others laugh. To read more of her writing or hire her for freelance work, visit francowrites.com.

Surviving Life’s Storms: Have Hope That Life Will Carry On

Feng Shui Basics: How Your Space Can Affect Your Mood

What Helps Me Get Strong When Life Gets Hard