What Are You Worth?
By Alexander Heyne 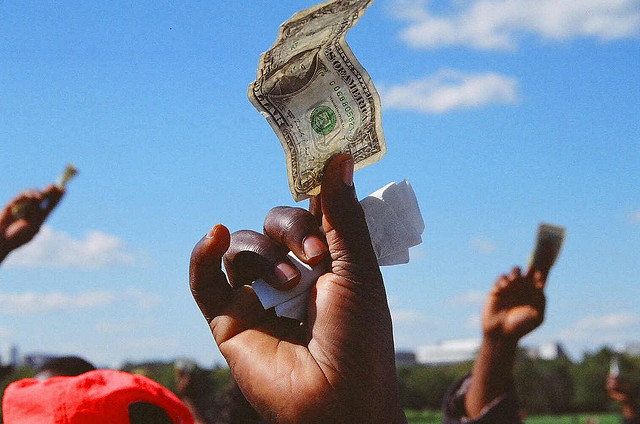 Have you ever worked a job where you were grossly overqualified or underpaid?

I once had a job where I was getting paid $12/hour for doing stuff that I thought I liked.

I was working in a field very closely aligned with what I wanted to do in the future, and I had access to all kinds of experts that I could talk with.

At the start, I thought it was great; I was young, the pay was tax free, and it was my first job after a long absence from the United States.

But as time wore on, I was using all kinds of skills that, in their respective marketplaces, fetched much more than $12 an hour. I was suddenly doing tech work and website alterations, newsletter creations, and online marketing.

I still thought nothing of it because I was learning and helping my employer.

One night I was eating dinner with a friend who sowed the seed of something insidious in my head:

She said, “Are you serious? You should be getting paid three times what you are for what you’re doing. They are paying you to be a secretary essentially—not to do web design and marketing. That’s absurd. And that’s not what they hired you for.”

I went home that night and couldn’t sleep. Am I worth $12 an hour? Or am I worth more? What am I worth? Should I demand more pay or just quit?

I didn’t realize it then, but I willfully decided I was not going to be happy at work from then on. I spontaneously decided I was worth much more than $12 an hour—but instead of quitting, I stayed and felt indignant about being devalued.

That day I realized something pretty significant about being content in life: it’s about what you think you’re worth and how you respond when you feel you’re not getting what you deserve.

People who feel like they deserve a lot in life can end up feeling unhappy if they think they’re not getting a lot.

People who feel like they deserve nothing can find themselves in situations that reinforce their low worth—which can also lead to unhappiness.

I pondered this “being content” thing for a couple days. I realized that even if I was making a six-figure salary (more than I needed), but still felt like I deserved more, I wouldn’t be happy.

I realized that the mind is a special thing; it has the ability to put you through hell day after day. It also has the power to set you free.

The day I questioned what “I was worth” I chose to poison my daily work until I felt so dissatisfied that I quit several months later.

Through this experience, I learned a few important things about myself and being content in daily life:

Other people rarely have control over how “content” we feel about our lives.

Nothing changed in my job except for the belief that I should be unhappy with how much I was getting paid—even though I felt satisfied before someone else suggested I shouldn’t be.

Focusing on getting “what we deserve” can end up making us unhappy if it limits us from recognizing value in what we have.

Sometimes we don’t get the results we want right away, but we find the process enjoyable and we’re learning from it. That’s worth something.

That being said, we are only worth as much as we think we are.

If you feel that other people aren’t valuing you, take a look inside and recognize whether or not you’re valuing yourself.

Next time you feel dissatisfied with your work or life and find yourself thinking you deserve more than you’re getting, asking yourself:

What do you believe you’re worth? Is there some value in where you are right now? And lastly, are your thoughts about your worth limiting your ability to enjoy the present and work toward the future?