What Really Makes Us Feel Successful
By Eugene Choi 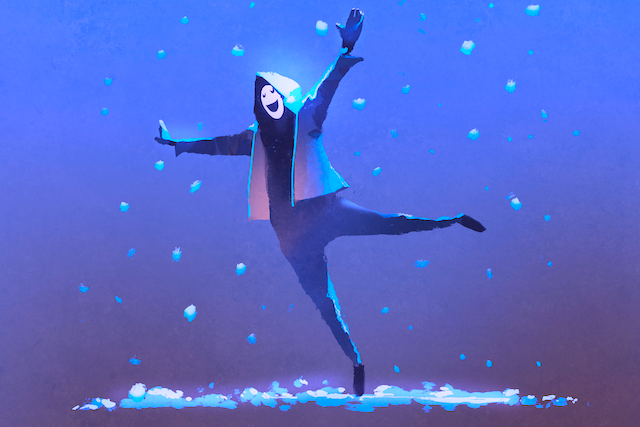 I was living the life of my dreams.

I’ve been very fortunate to have had some very awesome opportunities all over the world.

I’ve worked to help victims of human trafficking in the shady streets of Thailand, I’ve helped build a positive community with drug traffickers in the extremely violent favelas of Brazil, and I’ve cared for terminally ill patients who were picked up from the streets die with dignity at Mother Theresa’s famous House of the Dying in India.

I also got involved with the non-profit filmmaking group the Jubilee Project, where I had the opportunity to create films for a good cause. We’ve made films with various celebrities and professional actors, and our work together has received millions of views on YouTube.

Before all of this, I graduated from pharmacy school in New York City and got a six-figure salary right out of college. I got the nice car, lived in the nice apartment, and went on the fancy vacations.

I somehow accomplished a big majority of the things I thought I’d always wanted to do, but I still felt miserable.

And this feeling followed me everywhere.

It took a lot of these cool trips and achievements to realize I still didn’t have much fulfillment in my life. So I kept on trying to find the next big accomplishment to put under my belt.

It was a horrible addiction.

Then one day, I was reading about the famous tennis player Andre Agassi, and I finally came to an eye-opening realization.

Agassi was arguably one of the best tennis players of all time and he worked his tail off to get there, but there was one huge problem. He hated tennis.

He candidly shared this in his autobiography, Open: “I play tennis for a living even though I hate tennis, hate it with a dark and secret passion and always have.”

The reason for this was because he never wanted to play tennis. It was his father who wanted him to. Since an early age, his father pushed him to train for endless hours to continually improve so he could get to the skill level he was at.

Even when Agassi won his first Grand Slam title at Wimbledon, he called his dad to tell him the great news only to get the discouraging reply, “You had no business losing that fourth set.”

I saw similar parenting methods to Agassi’s father in the Korean culture I’m from.

Tiger moms were a real thing.

Children were pushed to work hard toward a certain path that the parents already had in mind for them. It was usually to become “prestigious” people such as a doctor or a lawyer. These children had to spend much of their leisure time studying so that one day the parents could brag about how “successful” their children were.

This cultural standard indirectly influenced my life and defined my beliefs of what success looked like. It was very achievement oriented.

Then the truth finally dawned on me.

All of my life, I’ve been chasing after other people’s definition of success.

When I dug even deeper in to my own life story, I realized these weren’t the things that mattered to me most to begin with and that’s why no matter what I did to achieve these things, I never felt successful.

The Truth About Achieving Success

Simon Sinek, author of Start With Why once shared a very enlightening story.

“I went to an event for high-performing entrepreneurs and the question was asked of the room, ‘How many of you have achieved your financial goals?’ Amazingly, 80 percent of the room raised their hand. Then the question was asked, ‘How many of you feel successful?’ and 80 percent of the hands went down. This example alone shows that there is little to no connection between the standard measurement of success and the feeling of success.”

When I became a filmmaker and got into screenwriting, I learned that your main character always must have an external goal, but what’s most important is to show clearly what the worthy internal goal is. This is the key element that turns a good story into a great one.

For example, you may see a hero who wants to save the world, but the movie doesn’t turn as interesting until you learn that maybe he’s trying to save the world in order to find redemption for his past mistakes where many people died.

If the external goal is something that doesn’t actually help the character achieve his internal goal, then you don’t have a story.

For most people, there is a severe disconnect between their external goals and their internal goals.

It took me almost all my life to realize maybe my definition of success was wrong to begin with. Whether it was my parents, my friends, or society, I let others set the standards for me.

It was never my own goals I was trying to achieve. It was someone else’s, and this was the biggest reason for my unhappiness.

“’Success’ can only truly occur internally, because it is based on emotion. At the most basic level, success is your relationship with yourself. Most people are living a lie. They purposefully ignore and distract themselves from what they deep down want for themselves.” ~Benjamin P. Hardy

You can never achieve success, you can only feel it.

But feelings are hard to tangibly measure, so people tie success to things like money and fame. And these are the types of things people tell you to chase after to solve all your problems.

Why We Tend to Chase After The Wrong Goals

I grew up very poor and my father wasn’t the most financially responsible person.

He once gambled my college savings away. He also threw himself into a ton of debt after multiple business start-up failures. Then when no one would loan him money anymore because of his horrible credit, he started opening up new credit card accounts under my mother’s name. Eventually, he ruined her credit as well.

This was what led my mother to separate from him.

I didn’t know it until later, but I realized since a very young age that all I thought about was making money because of these circumstances. 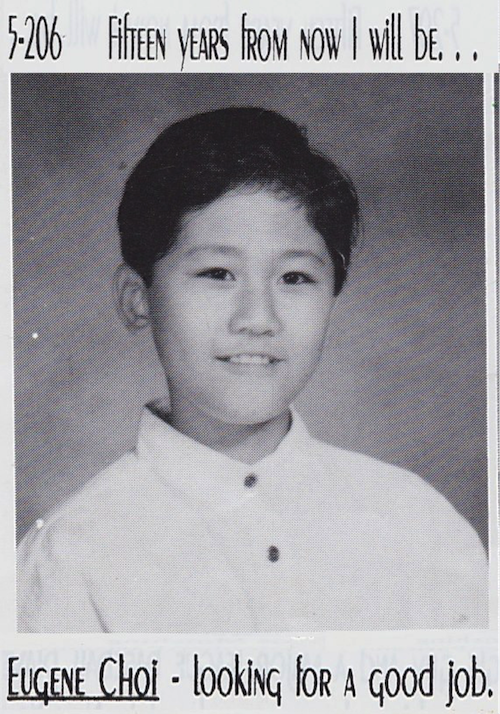 So I worked a ton growing up. I worked my first job illegally when I was fourteen at the Manhattan mall folding clothes for five dollars an hour. During college, I was juggling my studies and three other jobs.

I was naive and thought a lack of money was causing the pain that actually came from my parents not getting along.

When I finally achieved my external goal of making a lot of money, I still had trust issues. I still had the pain from the broken relationships in my life. Things didn’t feel any better.

I was still hurting from never having a safe space to be myself growing up, and this was when I realized the truth.

We try to avoid our hurt and pain, and as a result, we often make misguided decisions on what to pursue in order to actually feel successful.

For example, if you grew up with a father who was mentally abusive and often told you that you wouldn’t amount to anything, your anger might lead you to chase after a well paying job to prove him wrong.

The unfortunate part is that proving him wrong won’t necessarily make you feel any more successful because what you’re really craving is a supportive father.

This is why it is so important to be able to develop the skills to be able to accurately assess what is needed to help you truly succeed.

According to Harvard Professor Daniel Gilbert, known as the happiness expert, data shows one of the biggest reasons for people’s unhappiness is their inability to predict what types of things will make them truly happy.

He advises us to simply do our research in advance so we can better predict if what we are chasing will make us feel successful or not.

“If I wanted to know what a certain future would feel like to me I would find someone who is already living that future. If I wonder what it’s like to become a lawyer or marry a busy executive or eat at a particular restaurant my best bet is to find people who have actually done these things and see how happy they are. What we know from studies is not only will this increase the accuracy of your prediction, but nobody wants to do it.” ~Daniel Gilbert, The Truth About Happiness May Surprise You

My real desire was to have a safe space to be myself and have more authentic connection in my life, but everything I was doing was making the opposite happen.

Then I started studying and having conversations with people who had what I wanted. I realized the people I’ve met who have great relationships all were continually vulnerable with each other, and when they felt stuck and needed help, they reached out to the right people.

So to try and build the relationships in my life I so desperately wanted, I started changing my external goals.

I set a goal to have the courage to be vulnerable when I’m feeling shame.

I changed my goal for my wife and I to go see a marriage counselor.

I changed my goal to learning to be more honest with my wife when she hurts me instead of shutting her out and temporarily shunning her.

These changes made all the difference and I finally started to feel successful.

I had a skewed perspective on the things I thought would help me succeed. The parable of the Mexican fisherman is a great reminder that we need to define success for ourselves, based on what makes us feel successful, rather than letting someone else define it for us.

Maybe you don’t feel successful yet because, like me, you’ve been chasing after the wrong things based on what others have told you.

Take a moment to think about what types of actions will help you attain your internal goals. What might your new success measurements be?

Eugene works with professionals who are frustrated because they’ve made it as far as they can go and start to feel stuck. His unique method of coaching helps them figure out what their next steps can be whether it’s a way to grow within their company or even switch careers. Download his free guide to help find your unique calling here.