When Dreams Change: It’s Okay to Let Go and Move On
By Sarah Alford 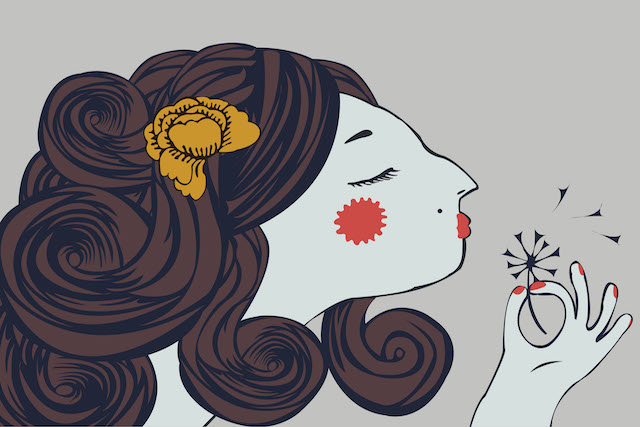 Growing up, we’re told to follow our heart and make our dreams come true. Granted, there are some naysayers who tell us we won’t ever be able to make it happen and maybe it would be better to think of an alternative. But the people who love us and want us to find happiness, they believe in us and encourage us to follow our dreams.

I have amazing parents, friends, and family who always believed in me, who always said anything is possible—and I believe them.

When I decided, in my late teens, that I wanted to be an actor, my parents were behind me 100 percent. They were a little startled at my choice since I had always been so shy, but they supported me all the way.

All the way to New York to train further, all the way through profit-share productions, short movies, touring open air Shakespeare, local repertory theatre, and all the way to the television roles I started booking.

It was a tough journey, but finally I started getting traction.

However, it was during this last year of acting that something just didn’t quite feel right. I was going in the right direction to achieve my dreams but there was a dis-ease in my heart. This dream wasn’t quite what I thought it was going to be.

I didn’t feel the joy I thought I would when I was on set, doing take after take of a scene where I had to muster the emotions of a dying woman, again and again. The lighting wasn’t quite right, the extras passed the camera at the wrong time, or I didn’t breathe into the inhaler at the right moment.

That moment would become a pivotal moment for me in my life and career, and yet I continued on working in an industry I was starting to despise.

It was another six months later, when I was waiting in the wings before going on stage for my monologue scene, that I realized the feeling in my stomach was dread and not the nervous excitement I used to have in the early days.

I dreaded the idea of facing the audience, of losing myself in the truth of the moment, of putting my all in and not being lit up by the response.

Don’t get me wrong, the response was amazing—even my dad, who always believed in me yet refrained from praise, commented on how well I played the role. He said he was proud of me, but I didn’t feel pride. It was then that I knew something had to change.

And yet still I was scared to do it—to let go of the dream. Everyone believed in me so fiercely that I felt obliged to keep going.

I had put so much time, energy, and money into the career I had chosen and I felt that if I walked away, I was a failure—that I was letting people down.

Slowly, however, as I segued from the life I once knew, it dawned on me that those who loved me and believed in me would love me and believe in me no matter which way I turned.

I had bought into the idea of the dream for so long that it was agony tearing myself away from it. It took courage and a good three years to properly let go—to finally say that I was no longer an actor.

On reflection I see that my time in the profession had so many ups and downs, but the biggest revelation was that I wasn’t truly experiencing life.

I never took a vacation for fear of missing an audition, I never allowed myself to be in a relationship longer than a few months in case I had to decide between being with a partner or taking the next touring gig, and I never thought I would have children because that would mean I would have to put someone else’s needs first.

Since making that decision to let go, I have identified my strengths, abilities, and the true desires that were always present as an actor. I have allowed all these elements to now shape my new career.

I have allowed myself to fall in love, get married, and have the children I never thought would be part of my reality.

Everything I have experienced, not only the acting but the journey I have taken over the last twenty years, has made me who I am today and I wouldn’t change it for the world.

The only thing I regret is the struggle I put upon myself as I resisted the change in direction and ignored, for so long, the calling in my heart to let go of a dream that no longer served me.

If you too wonder if you need to let go of a long held dream, here are a few things you might be experiencing that could be signs that it’s time to make that decision.

If any of these signs are present in your life, it can be hard to take the next step. Here a few questions to ask yourself to help you find the courage to walk away and choose a new path if that is what you want.

1. What would your life look like this time next year, or five or ten years’ time, if you don’t make a change?

2. What possibilities can you imagine for yourself if you could experience the type of joy you had for the original dream?

3. Are the people you fear disappointing with your choices the people who love you unconditionally? If so, how would they feel knowing you were living life to please them rather than following your heart?

Letting go of something you have wanted for so long can be scary, but don’t let the fear of letting go stop you from becoming the person you need to be. You may know deep down your true calling, but sometimes it takes a little while to realize the new trajectory your life could take.

Have courage and trust that there are infinite possibilities ahead of you, and the people who truly matter will be there for you through the next chapter of your life.

Sarah Alford is a mindset coach for female entrepreneurs and business owners who want to let go of fear and doubt, get clear on where they are taking their business and unlock their full potential to achieve the success they desire.