When Someone Blames You: How to Cope with Misdirected Anger
By Kelly Smith 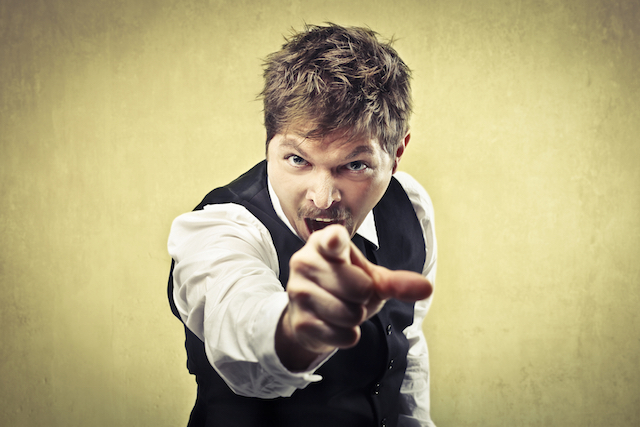 “Life becomes easier when you learn to accept an apology you never got.” ~Robert Brault

My ex-boyfriend is angry with me.

I met him soon after he had broken up with his then fiancée, and he thought he was ready to move on, but wasn’t. After many months of messing me about, we ended it. I cut off contact because it still hurt me and I still cared for him.

Eventually, I wrote to him to see if I could get some closure and to consider if we could salvage a friendship. His reply was scathing, vitriolic, angry. He blamed me for the fact that his ex-fiancée would not give him another chance.

Yet, he had made those decisions. He insisted that it was my fault, and that I had cost him everything, despite the fact that all I had done was support him and respond to his interest in me. I hadn’t even known him before their breakup.

Beyond that, we had also been, I had thought, really good friends that had connected on a level that is rare to come across in life. It hurt that the person I thought I had connected with like this now felt so much anger and hate toward me.

It was difficult not to be affected by that, and it hurt me deeply. I fell into a bit of a depression, and even though I knew I hadn’t done anything to warrant such vicious verbal attacks, I still questioned myself and my actions.

Maybe I did deserve his anger. Maybe I was worthy of hatred.

Then it dawned on me. This was not my issue. This was his issue and his inability to accept responsibility for his choices. I had not wanted nor asked for any of it! But how was I going to disentangle myself from the hate he was sending my way? I came to rely on five things.

I know deep down that I am not the person he sees me as, that I did not set out to ever hurt or destroy him, that I gave so much more than most would have given to a relationship that was not good for me.

I know that I am a good person. I know with certainty that his anger is misdirected; it’s not my truth. I’m honest with myself to a fault, and I take on what I deserve to and accept blame and mistakes when I make them. This was not my mistake to accept.

People won’t always see things the way that you do. You cannot make someone see what you believe to be a rational truth, nor will you see it from their point of view. Don’t try to; accept that we all think differently.

It’s not worth your constant wondering and worrying. It isn’t good for you to hold onto it and over-analyze it. Let it go; visualise yourself blowing it all into a balloon, tying it off, and letting it drift away. Feel lighter because of it!

4. Remember, all actions are based in either fear or love.

Base yours in love. Realize their actions are based in fear. Often, these fears are ones that no one can reach because they are too deep-seated for the person to acknowledge. Accept that, and continue to operate from your own base of love.

5. Surround yourself with people and things that make your soul sing.

Let the angry be angry. Don’t let yourself live that way, and don’t deprive yourself of the things that make you happy because you’re giving time to something out of your control.

See friends, indulge in books or art or physical activity—whatever makes you feel good. You’re not who they think you are; you’re a good person who deserves to live a bountiful, peaceful, happy life. Go and get it!

Kelly Smith is a mother, friend, teacher, writer and avid pursuer of contentedness. Struck by a promise to herself to live in constant honesty, she strives to always grow and learn from life. When she isn’t teaching or parenting, she’s usually buried in a book or chained to her laptop, trying to finish the next Great Australian Novel.

How to Use Your Anger to Help Yourself