When Things Are Hard: Quit Quitting and Show Up Fully
By Amy Early 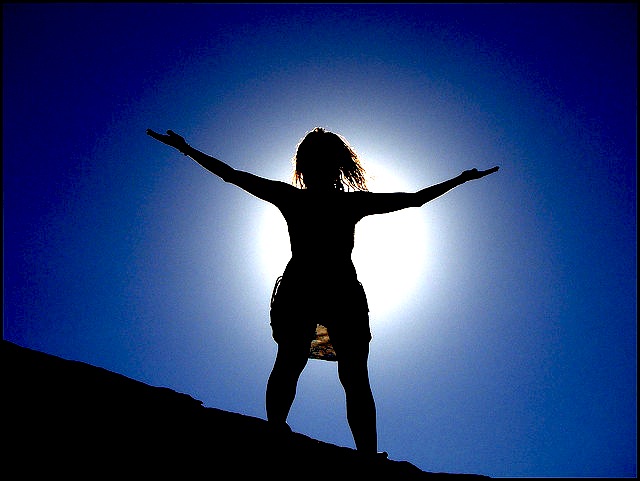 “Whatever the present moment contains, accept it as if you had chosen it. Always work with it, not against it.” ~Eckhart Tolle

I have spent the bulk of my life committing to what’s “easy,” things I am naturally “good” at, and avoiding challenge.

In eighth grade, I tried out for the school musical and discovered that I am not actually a very good singer. I got a small part, but I quit to join the softball team. The thing is, I wasn’t very good at softball either. So I quit that too.

In high school I got straight A’s until senior year AP English. My teacher treated the class as a college seminar and expected the same from us. I thought she sucked and dropped the class.

After college, I took a job at the company I worked for during summers off from school. It was easy, it was comfortable, and though it was so boring it sometimes made me cry, I liked it because I was good at it.

It took seven years of “easy” for me to realize that I had stopped growing. In what would prove to be a milestone event in my life, I chose to leave my comfortable position and try something more challenging. For the first time, ever.

I moved on to work at a law firm. My bosses were very smart, very demanding, and very, very hard working. I lasted thirty days before I emailed them to say I would never be coming into the office again.

A few weeks after quitting the law firm I saw one of my bosses swimming laps on his lunch break. As I ducked behind a diving block to avoid being spotted, I considered the fact that swimming laps for an hour was my entire plan for the day. What he accomplished in his lunch break was an entire day’s work for me.

After the law firm fiasco, I took an entry-level position in hospitality. I could almost do the job in my sleep and though it felt like a leap backwards in my personal and professional development, I made okay money and had plenty of free time. Then I was laid off.

When receiving the news of my firing, I held my head high all the way to my car, and then I sat down and cried. Like really, really cried. I had just moved to a new state, bought a car, spent my savings.

I felt like that one little pig that built his house out of hay, and I longed for bricks. But bricks are hard.

Through the kindness and care of my supervisor, I made it through the crisis and found a new job. It had a better title and was just as easy as anything else I’d done, so for a while I liked it.

But something had changed. I had been through a lot, it seemed. Experienced so many experiences, felt so many feelings. All of a sudden the easy way out seemed like cheating.

This annoying voice started asking me to consider what I really love, what I really want to do. It reminded me how very short this life is, and how moments spent idling are lost forever.

My focus shifted from the quickest way to make a buck to the thing that had kept me sane during lost jobs, break ups, fights with friends, new cities, bad days, even good days: yoga.

“I love yoga,” I said. I was no yogi, but I knew without a doubt that I loved yoga. I secretly began looking into yoga teacher trainings. Secretly, because the truth is, I did not think I was very “good” at yoga.

I found a teacher training that seemed like a good fit: one weekend a month for nine months. Day one of weekend one was an evening session and I left glowing.

I showed up sick to day two of weekend one of my nine-month training. The second day was longer, and harder. It would have been that way sober, but with a hangover it was impossible. “Yoga is hard,” I said.

The second weekend of the immersion conflicted with a party I wanted to attend, and I chose the party.

Just before the third weekend, my teachers told us that they were moving the training to a new location, and I had the option to quit without losing all my money. I took the out and blamed my teachers.

The year that followed is what I like to call my “Rumspringa.” I had a lot of fun and made a lot of friends. I kept sort of doing yoga and sort of showing up to my job and was in a happy, blurry bubble and then I started to panic. Literally, I started having panic attacks that kept me in bed for entire days.

My anxiety was bad enough that I sought professional help and began seeing a cognitive behavioral therapist.

During my time with her, I found another yoga teacher training and made a very sincere commitment to show up this time.

The first part of the training was a two-week immersion in Mexico, during which students are asked to surrender their passports to inhibit us from attempting to leave without telling anyone.

To some this seemed a little weird, but to me it was genius! I couldn’t easily quit, so I might as well show up.

I am happy to report that the immersion was the most challenging thing I have ever done in my life, and that I completed it. At the end of our two weeks together, my teacher thanked me “for showing up fully.”

If we only show up when things are easy, we are not showing up fully.

Yoga has begun to teach me how to be present and how to commit to every moment, even the challenging ones.

For some, this seems to come easily. For everyone else, my advice is to see the present like this: a jungle in Mexico, and your passport is in a safe somewhere. And you’re already here, so you might as well show up.

Amy Early is an aspiring yoga teacher, writer, and present-dweller. When she is not working in hospitality, she is travelling, practicing yoga, enjoying the outdoors, or reading.