Hate Your Job? Change May Be Hard But It’s Worth It
By James Carr 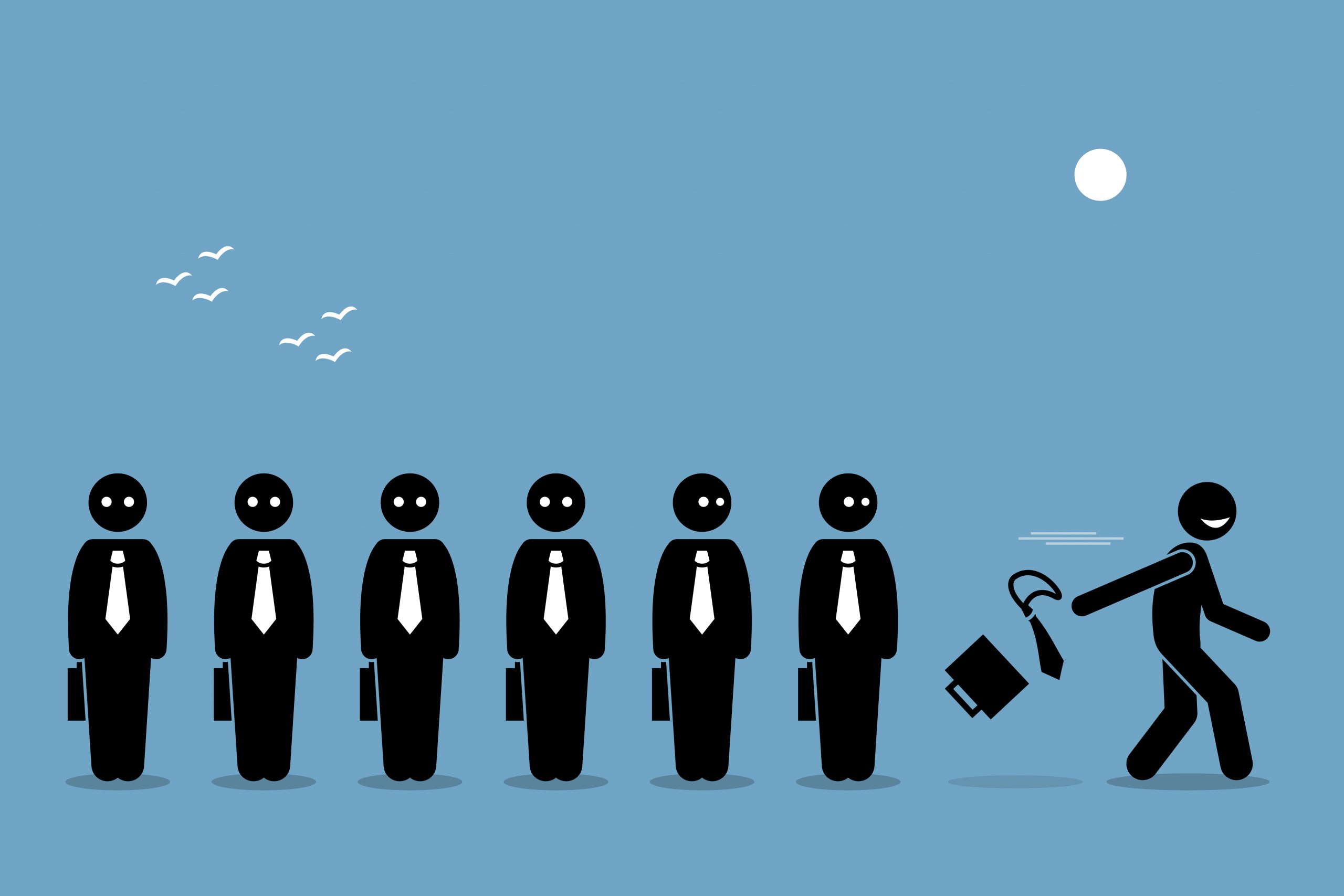 “It’s never the environment; it’s never the events of our lives, but the meaning we attach to the events—how we interpret them—that shapes who we are today and who we’ll become tomorrow.” ~Tony Robbins

How long are we going to put up with lifestyles that kill us before we decide to do something about it?

It’s no surprise to me that between 70-80 percent of American workers (depending on the source) dislike their jobs. I was part of that statistic until the disappointment got the better of me and I had no choice but to leave it all behind.

Things were off to a great start; at least, they were for two months after my wedding. The week after Thanksgiving my boss came in after my shift and gave me the news that I was being laid-off without severance, effective immediately.

This was shocking, and given the nature of the situation, I was angry, disappointed, stressed, sad, and anxious. Considering that my boss was a close family friend, I also felt betrayed.

I didn’t want to go home and give the news to my family, so I did the only thing I could think of—I sat in an empty parking lot and cried for two hours.

All of my problems were directly related to the stress of not having an income. So many thoughts ran through my head during those two hours, like the vision of being in a homeless rut and never getting out of it.

I was in a state of panic, and sitting alone for two hours was not a good decision for my mental health.

After a long discussion with my wife, we were able to calmly rationalize the situation and create a plan. It turns out everything was going to work out just fine. It had to—there was no other option.

After three months of rigorous job-hunting, I got an offer for a new job for a major security corporation. This time it was in IT (tech support), so I could put my degree to good. My pay doubled and I had access to benefits, which I did not have at my previous job. It turns out that getting laid off actually worked to my benefit.

My job started to lose its appeal around six months. I was beginning to notice the flaws within the company, the lack of good management and training, the politics that come with corporate jobs, and all of the drama between different levels of management.

I was quick to find that tech support was not for me. However, like my last job, I could not leave because I was a slave to the money.

Two years went by. My job had its “up moments” but for the most part it was a routine grind, Monday through Friday.

Corporate masters diminished my genuine passion for helping people by telling me exactly how I should be helping people, despite the actual problem being that our product was terrible and we had no control over that.

I survived three layoffs during those two years but the fear was there. My team was constantly told that we need to prove ourselves if we wanted to survive cuts.

After two years I could say I officially hated my job. After three years it started to affect my health, physically and mentally.

A lot of workers have the mindset that “Mondays suck” and that it’s perfectly normal to suffer through a week-long grind, because the weekend is where all of our troubles go away and we get to have fun. At this point in my job I didn’t even look forward to the weekends.

I spent the entire weekend stressing about having to go back to the office on Monday and resume the routine battle with my suicidal thoughts.

I woke up one day with a migraine and cold sweats. “Just a bug,” I thought to myself, so I went to work that day only to give up after one hour. My boss expressed his concerns and told me that my job was in jeopardy. We discussed the option of going on an unpaid medical leave due to my health issues. I agreed to look into it.

I took the rest of that day off and my wife came to pick me up. We sat in the parking lot of a local grocery store talking about my symptoms.

My migraine was still intense and my body soaked with sweat. We called the doctor and I described my symptoms, or rather a lack of other symptoms. The nurse listed off all of the usual symptoms from WebMD, trying to diagnose what physical ailment I was experiencing, only to come up empty handed.

Then the nurse told me to go to the emergency room. We were already $10,000 in medical debt (even with the best health insurance available), and we all know that the hospital will just give you some $100 Tylenol and send you home, so my wife and I agreed not to go; instead, we talked about my job.

We talked about how medical leave was temporary and I would still have to go back to my job in a few weeks. The stress at this point was overwhelming, but she was extremely supportive and also concerned for my health.

I finally built up the courage and said, “I don’t want to go back to that office.” She not only supported my statement but also agreed with me.

We had both talked about finances for several months leading up to that point. We talked about what we’d do if one of us lost our job, and we agreed we would be okay for a while, so our planning helped this decision. It was at this point I decided that I wasn’t going back to that job.

An interesting thing happened: Less than one hour after making this decision my headache went away and my cold sweats completely diminished. Not only was I feeling better, but I also felt alive.

The stress of losing medical benefits and having a lower income was infinitesimal compared to the amazing freedom and positivity that I felt at this point. Once we got home I decided to go for a walk in the sun. This was the first time I had gone for a walk in over three years.

The entire time walking, I reflected on my life, my potential, and my future. After that I started to re-invest my time into studying personal development and lifestyle design. As the weeks went on, I wasn’t just motivated and driven; I was alive.

In that time I did a lot of writing and personal development. I worked on myself, discovering my passion and my core values, and committed to massive lifestyle change. I woke up with a drive to be productive.

When I see people struggle with their lives, jobs, or relationships, it brings me back to those stressful times of feeling like there’s nothing more to life and it makes me want to help others realize how important it is to take charge and make a change.

Whether you’re unhappy with your job, health, relationships, or life in general, you can’t wait for it to change on its own. You need to take action and change it yourself.

You shouldn’t necessarily make sudden decisions without a plan, but you need to get something moving. Make the change happen before it’s too late and you end up severely ill, or worse. Nobody deserves to hate their lives, and if that’s you then you need to open yourself up to some major changes.

Not all of us have the ability to just get up and leave our jobs. I am fortunate enough to have a loving and hard working wife, but not everyone has the financial or emotional support to suddenly change their lives. So what do you do?

The most important thing you can do right now is start planning. Think of what you need in order to make that big change in your life. Write a list or draw a picture, just get that vision down and start planning. When you have a goal set, that is when you can start taking the steps needed to achieve it.

You might have to take baby steps like saving a few dollars every paycheck, working another part time job, or studying to gain a new skill for that better job. Whatever it is, write it down and think about the different steps you can start taking to bring you a little bit closer to making that big change.

Will it be hard? Possibly. But what would be harder—trying to create something different, or living the rest of your life feeling trapped and miserable?

It might take a year, two years or more to see significant change in your life, but don’t let that stop you from starting. A year or two will go by whether you make a change or not—you’ll be far happier down the road if you make the effort in the present to work toward a different future.

James is a writer, photographer, and computer nerd from Eugene, Oregon. He enjoys working with the community and studying all types of science, economics, and personal development.

That Horrible Job You Hate Might Just Change Your Life