When You’re Hard on Yourself: Replace Guilt with Self-Compassion
By Kathy Kruger 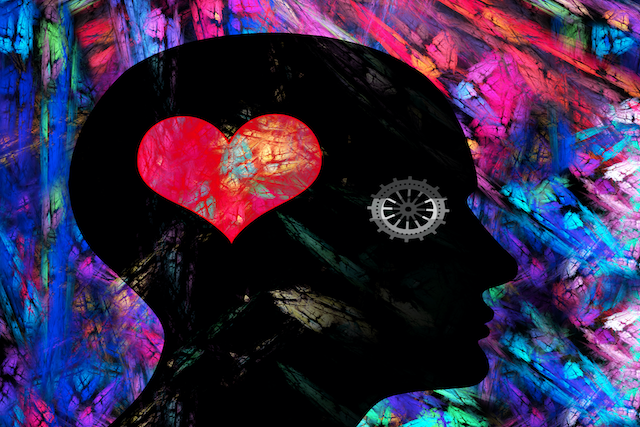 “Guilty,” admits an offender. “Guilty,” proclaims a jury. Things are pretty black and white in trial verdicts and courtroom pleas (although there are still plea bargains and hung juries, mitigating circumstances and appeals).

Life is rarely as cut-and-dried as the criminal justice system.

I’ve experienced guilt in different shades of grey—in rational and many irrational ways that bear no real relation to the “crime” at hand, or to any crime at all.

I’ve experienced guilt simply for how I think, how I feel, not for anything I’ve actually done or failed to do. Shame, really.

And I’ve suffered guilt like a chronic disease, believing that I could never be “good enough” unless I somehow felt guilty, because of course I could always do/be better. (You see the strange logic, don’t you?)

I’ve been far from gentle with myself.

Guilt is a signal that you are striving to be better, and unless you’re doing that, you’re not good enough, or at least not acknowledging all the ways you aren’t perfect. Apparently! There’s always room for improvement, and guilt is the electric prod to remind you, lest you ever get self-satisfied.

I’ve been unpacking, or should I say undressing, the anatomy of guilt lately. In true Irish Catholic tradition, I feel guilty for that!

This ingrained religious belief came down my family line, passed on subconsciously most of the time, at other times with sharp criticism.

I reckon the whole confession tradition encourages you to look for all the things you’ve done wrong rather than celebrate what you’ve done right. The doctrine reinforces all the ways you are fallible and unworthy rather than focusing on how you are simply human and born “good enough.”

I was good at school, but that, in itself, didn’t make me good (which is just fine). Sure, I was praised for my grades, but I had a sense that it was never enough, even though my parents didn’t pressure me to achieve and correctly taught me that grades aren’t everything.

It wasn’t so much about being a do-gooder, as only being allowed a very small quota of acceptable selfishness before guilt kicked in. As it should (or so I thought)!

I heard the “love they neighbor” bit loudly, but forgot to listen to the “as you would love yourself”—the irony being that you can only love your neighbor based on how much you love yourself.

Guilt can be fuel to change, to make amends, and that’s fine. Sometimes we need a guilty conscience to remind us that our thoughtless actions can have negative impacts, even if unintended. Remorse must surely come after criminal acts, or there is no room for rehabilitation.

But when I find myself feeling guilty for feeling (not acting) selfish, I’m stuck in that shame spin cycle, going round and round.

This was how I felt during our long struggle for children—infertile, guilty as charged. How irrational is that?

I realize that I suffered a guilt complex along with the depression that descended in the mire of many cycles of IVF.

Now as a parent of two beautiful adopted children, I’m trying not to pass on the guilt gene.

And I have some tips on reframing guilt in your life.

1. Only allow guilt as insight.

This is the only positive version of remorse. If you’ve genuinely done something wrong, focus on the lesson and the alternative ways you’d act in the future as your “contrition” and motivator to change.

If you’ve done something that has hurt someone, apologize if you can and then let it go. Accept the gift of forgiveness graciously rather than beating yourself up. And if someone won’t forgive you, accept that your genuine expression of sorrow and regret is enough.

Most guilt is illogical but it still feels the same way as “useful” guilt. Guilt does not equate to wrongdoing any more than joy equates to a new possession. If it doesn’t make sense (apply the objective test of a judge), then the verdict is “not guilty.”

4. See guilt as a symptom of fear, more than a sign of caring.

Often feeling guilty is a symptom of our fear of change—especially when we put off doing something for ourselves.

You can make excuses that you’d feel bad (guilty) taking time out from looking after others to pursue a passion, when in fact you’re simply scared of chasing your dream. Of course, it’s good to care for others; just don’t use guilt as an excuse to care for yourself.

Guilt isn’t real; it’s only an emotional response, and often an irrational one.

Compassion, on the other hand, is tangible and felt by others, played out in thoughtful actions, spoken in kind words, expressed in good deeds and in forgiveness.

Guilt can’t exist where there is compassion, because compassion is understanding and non-judgmental.

Guilt may have its place in courtrooms, but my verdict is the real answer lies in compassion and gentleness—starting with yourself.

Kathy Kruger is an adoptive mother of two beautiful kids from China. She blogs about going with the flow, finding yin yang balance, embracing change, and being grateful at www.yinyangmother.com. A former journalist, Kathy shares insights from her long journey to motherhood.