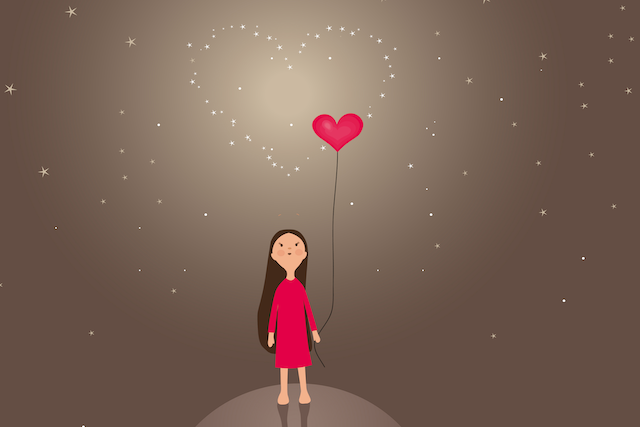 It was a dark January day in 2008 when my auntie called with the news “He did it.”

I felt so confused. “Did he try? Or did he succeed?” I asked as my body moved into shock.

“He succeeded,” she said. And in that moment my whole life changed.

This was a moment I often wished for—my dad was gone.

Dad had taken his life on January 8th, 2008, two days after my twenty-sixth birthday. He had even told me of his plans, I just didn’t believe him. I thought he was far too selfish to ever kill himself.

How wrong I was. I was consumed by guilt, but I felt like maybe my life would get easier now that he was gone.

My mum had left him after twenty-six years of marriage, just months before his suicide, after reaching the brink of a breakdown. She couldn’t handle his behavior anymore. The putdowns. The nasty comments. Not just to her but to her children too.

She stayed all those years for us. And we stayed for her. To protect her from him, as he could be a really mean drunk. We kept telling each other he didn’t hit us, so it wasn’t that bad.

I had gotten used to holding my breath around him, not knowing what I would do to set him off.

Maybe I didn’t shut the door. Maybe I wasn’t working hard enough for him. Or sometimes I was just in the room where he would lose his temper.

I grew up walking on eggshells since I was a little girl. I thought that was normal. Living in constant fear of an outburst.

I learned from a young age to do whatever he wanted so that he would not shout. I lived to please him. I did the studies he wanted. Was on track to find a groom he would like. Literally everything I did was to please this man.

And just like that, one day he took his life.

As a young girl I would fantasize about the moment when it would be just me, my mum, and my brother. It would be quiet, it would be calm, and there would be no shouting. I got my wish, but I was wrong that life would get easier without him.

I had literally lost my reason for living.

Unconsciously, I had lived to please my dad, and without him I became so very lost. I was numb to the core, and I wouldn’t allow myself to grieve him. After all, he had caused me so much pain right until the end.

As I moved into my thirties things got much worse. I was the world’s biggest people-pleaser after years of perfecting this skill with my dad. I was always seeking outside approval and validation but was full of self-loathing.

He may have been gone, but it was his voice I heard inside my head. You’re too fat. You’re ugly. No one will want you.

I was desperate for love and affection, yet I looked in all the wrong places, often chasing men who didn’t show me love back. I was always single but would obsess over unavailable men.

Maybe he was in an unhappy relationship or had issues with drugs and alcohol or depression. These men were my drug! I found them every time and tried my best to fix them with my endless love and kindness, getting very little back.

I took any small crumb of love someone would give me and then hated myself for it. Sometimes I even wished I could die.

I didn’t just do this with men, I also did this with friendships, spending so much time trying to save others and resenting it. I felt worthless and like I was here for everyone else and just a spectator of other people’s happiness.

I felt unfixable. Like I was some broken human. And I loathed myself for feeling that way.

Everyone around me was getting married and having children, and I was just stuck. Obsessing about some guy, losing weight and then putting it back on, in this constant cycle of unhappiness. I’d numb the pain with my fantasies, food, people-pleasing, and wine, keeping myself stuck in it all.

I felt so trapped in my own pain.

One day I read somewhere that self-love was sexy, and that was the way to get the man you loved to leave their relationship. So I bought The Miracle of Self-Love by Barbel Mohr and Manfred Mohr and began to do some of the exercises in the book—affirmations and asking myself questions like “What do I enjoy?” I soon discovered I had no idea who I was, what I liked, or what I needed.

This kicked off my journey of healing, self-discovery, and learning how to love myself.

I discovered that I was super co-dependent and began to attend CODA (co-dependents anonymous) meetings. I tried to stop pleasing-people, learn to say no, and have boundaries.

At the beginning this would cause a full-on panic attack. Turns out years of living in fear with my dad had given me complex PTSD.

I discovered Melody Beattie’s books on codependency and began doing all the exercises so I could stop self-medicating with addictive behaviors and make real changes. I learned how to incorporate daily self-care including rituals like affirmations, meditation, and grounding my feet to the earth.

The shock was I didn’t think I had ever been abused. But I soon learned, by working with various therapists and healers, that I had suffered emotional abuse, gaslighting. and some narcissistic abuse.

The way I felt wasn’t my fault. I wasn’t a broken human. I was a traumatized child in a grown-up body.

Living in a home where my dad abused my mum had pushed me into a caretaker role. I was always protecting her. It was like I was trying to save both my parents in some way.

Such a heavy weight I had carried my whole life.

Their example made me terrified of relationships, which is why I unconsciously sought love from unavailable men—I was afraid of how toxic relationships were. That was all I knew. So I found relationships that wouldn’t go anywhere. To keep myself safe.

I chased their love like I did with own dad. My first unavailable love.

I began to recover from the codependency, love addiction, and disordered eating by investing my time, money, and energy in myself. I was so good at showering others with love but didn’t ever show it for myself. So I worked hard to change this and began to shine that light within.

I connected with my inner child through self-healing and reparenting practices, and this was life-changing for me.

I found it hard to love and accept adult-me, but the little girl in my childhood pictures, I could love her. I put pictures of her everywhere and talked to her daily, telling her that I loved her.

I would do inner child meditations and write letters to her. Someway, somehow, I began to build a connection to my younger self, and through that my self-love grew. I found a way back to myself.

I became fiercely protective of the little girl within me. No more unavailable men for her. My little girl deserved the best.

Before finding romantic love, though, I needed to find love and forgiveness for myself regarding my dad and his suicide. I had to allow myself to grieve him. When I did, I realized how much I truly loved him. I was heartbroken without him. His darkness was only one side of him; there was so much love he gave me too. He was such a Jekyll and Hyde.

To learn to forgive him and all the awful things he had done to me, I began to connect to his inner child and the trauma he had faced. I realized that unhealed trauma had been repeating for generations.

My dad too was traumatized by his parents, and he survived by projecting that pain onto others. I had learned to please to survive, and he had learnt to fight. His dad was physically abusive and an alcoholic. Even my mum was repeating patterns in her own family by allowing herself to suffer domestic abuse.

Learning about intergenerational trauma helped me to forgive and understand those who caused me pain. They were just repeating patterns and behaviors, but I decided to change them and heal.

Slowly, relationships got easier as I became more conscious of my relationship with my dad and the impact he’d had on me. I found love with a healthy man who has my dad’s best qualities, is 100 percent available and no drama. I didn’t even know love like this existed. Just like that, I was no longer attracted to unavailable men.

For those of you who struggle in relationships with others and yourself, the magic ingredient is connecting to your inner child and reparenting them. Give them all the things they need. The validation. The love. The comfort. Learn to emotionally regulate so you can teach them how to self-soothe. Be the parent you longed for.

Be honest with yourself about the behavior that keeps you stuck and causes you pain. Then invest your energy in yourself to slowly change these behaviors and heal the wounds beneath them.

Just sit there and listen to your feelings and your pain. Give yourself what you need. Validate yourself.

You’ll soon find the power within and learn that anything is possible.

As C.S Lewis wrote, “You can’t go back and change the beginning, but you can start from where you are and change the end.” That is what reparenting your inner child does.

You learn to give yourself the life your little one deserves—a life that is safe and full of joy, where their voice can be heard, allowing them to be their authentic self.

Choose different than the generations before you and the repeating patterns of unhealed trauma. Choose to let love and light in.

My dad let the darkness ruin his life. He sabotaged his family life and his relationships by projecting his pain onto us, using alcohol to push it down, and then it exploded in his suicide.

I hope his story and mine inspire you to keep going and to find love for the child within you so you can find your own heart’s happiness.

Manpreet is the creator of a podcast Heart’s Happiness, where she talks about intergenerational trauma, and is also a coach who helps people make peace with their past and rewrite their story by learning how to love themselves and their inner child. Check out her FREE MASTERCLASS Freedom from Anxiety, where she shares her proprietary technique to help with anxiety when we change our relationship with our emotionally immature parents. Follow her on Instagram here.