Why I Now Believe Everyone Is Doing the Best They Can
By Liv W. 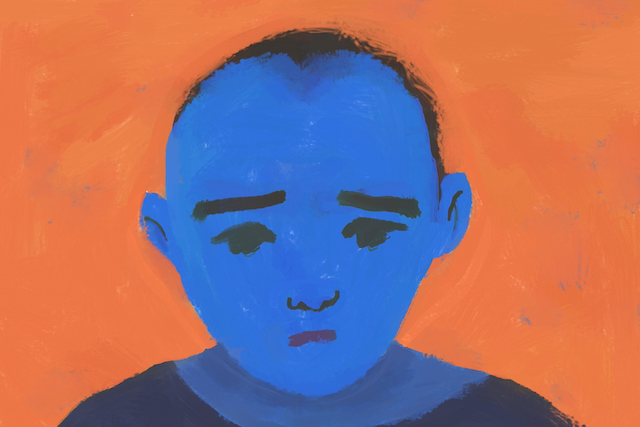 “You just never know what someone is dealing with behind closed doors. No matter how happy someone looks, how loud their laugh is, how big their smile is, there can still be a level of hurt that is indescribable. So be kind. Even when others are not, choose to be kind.” ~Andrea Russett

Everyone is doing the best they can. When they can do better, they will.

“I disagree,” you say. “I see people who are not doing their best all the time!”

Before the year 2006, I had a ton of complaints about the world and the people around me, including my parents, friends, and coworkers. I felt no one cared. Or at least didn’t care enough to try to do better. People seemed to do the bare minimum to get by or only what benefitted them directly. They didn’t care about how they affected others. They certainly didn’t care about me.

I had issues with my family I couldn’t make sense of, such as how my parents treated me, the way they communicated or lack thereof, and how they were never there for me. Everything I experienced in my family seemed like the direct opposite of how parents love their children was publicized.

Outside of my own family dynamics, I saw others with a variety of their own family issues. From financial struggles, household duties, to resentment and neglect, even abuse.

My view of mankind and my hopes to find happiness were dark and pessimistic.

I went to therapy, attended workshops, tried support groups, but nothing really answered the burning question I had in my mind: “Why do people continue to behave the way they do when they can change? WHY?”

Then in 2006, I attended a three-day workshop hosted by the late Dr. Lee Gibson. It changed my perspective forever.

Lee, as we all lovingly called him, was a brilliant behavioral psychologist who taught from a spiritual and energetic foundation. It was my first experience seeing everything from a holistic point of view, and I was hungry for more. I still practice all of his teachings today.

Among all the Leeisms he shared, it was the insight, “Everyone is doing the best they can. When they can do better, they will” that sparked a lightbulb in my head. It would free me from an emotional trap I had created for myself.

I will admit, it took me some time to fully grasp and embrace that perspective. I was not going to let everyone off the hook that easily. Every moment I was hurt, ignored, and betrayed flashed before me. What about my uncaring parents, my condescending boss, or my selfish boyfriend? Why should I give them the benefit of the doubt?

Then it occurred to me that I was, in fact, doing my best at the very moment but still felt sad, angry, not good enough in many areas of my life. Not because I wasn’t trying, or didn’t want to be better, but because I didn’t always know the exact right things to say or do every step of the way. I was filled with confusion and uncertainty a lot of time, bombarded by my own emotional past. And as far as I knew, I had never chosen a lesser option if I knew there was a better way. Turned out I was the first person I needed to give that benefit of the doubt.

If others are going through similar struggles, bound by emotional pains and egotistical voices, then I can surely believe they are as helpless as I was in breaking free of those patterns until they are aware and have the right tools to do so.

Life events are arbitrary, and most of us don’t get to practice each scenario over and over again until we get it right (like in the movie Groundhog Day). We are often put in a position to respond to whatever is thrown at us unexpectedly. All we have to go by is what we learned at a young age from our guardians or mentors. Even if we suspect they were not the best ways, we are still unsure what the best ways are.

It was as if a weight was lifted off my body. My mind felt more open, and I began a sort of social experiment by slowing down, observing the way people react in different situations from an outsider’s point of view, and freeing myself from taking anything personally.

What I discovered was when I positioned myself at a place of compassion and objectivity, I became less reactive to others’ reactions. The knowledge of everyone is doing the best they can but can’t help themselves gave me a sense of power—a power to disengage from their personal struggles and maintain focus on my own powers.

Shortly after that shift of perspective, my relationship dynamics began to shift as well. The people around me gradually put down their weapons and began to relax and open up about their internal struggles. They even started to take an interest in how I felt and expressed remorse in how they behaved in situations. It was unbelievable!

I won’t lie in saying all my relationships have flourished. A few of them remained the same or faded away, while others were brought closer than ever because of my newfound perspective.

For me, the greatest outcome was knowing that the few relationships that could not progress was not because of my rigid condemning stance of “Why wouldn’t you try to be better?” And that was a new level of emotional freedom.

Olivia (Liv) Wu is a writer, meditation teacher and forever student of the body, mind, spirit connections. She is the creator of Soulove — a mindfulness community focusing on authenticity, emotional mastery and personal development. Liv hopes to inspire a more heart-based society through her work. She believes who we are at our core defines our capacity for joy and purpose, and who we are collectively sets the fate of our planet and the future of humanity.

Everyone’s Doing The Best That They Can