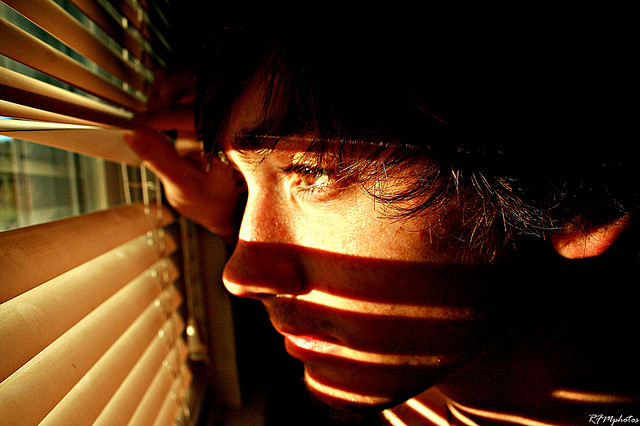 “Worry looks around, fear looks back, faith looks up, guilt looks down, but I look forward.” ~Unknown

I moved houses a couple of weeks ago. It was the perfect opportunity to take a break, pause and reflect, and decide on the directions I wanted my small business to take.

And I did just that: I rested, took the time to think and get über clear about what I wanted to do next and how, revamped my offerings, made a super duper inspiring goal list and… decided that getting to know our neighbors’ cats was far more fascinating than, you know, work.

It didn’t take me long to realize what was going on here: my old friend resistance was paying me a visit, and it didn’t want to leave anytime soon.

When I see resistance, I usually choose to either push through (and end up so tired I could sleep for a month), or give in and get nothing done (resistance: 1, Emmanuelle: 0).

This time I chose a new road. I chose to see it. To hear it. To listen to it.

The first thing I did was to acknowledge resistance. It was my reality, it was there; I could not deny it. So instead of playing ostrich and burying my head in the sand, I chose to face what was really going on and become present to it.

When you feel something that you don’t really want to feel, the first step in letting it go is acknowledging it, accepting that it is what it is, that it is your current reality.

Now that I was seeing the resistance, its true colors were showing. Because you see, resistance is a disguise, and what hides beneath is fear.

For me, it was fear of being seen. Fear of exposing myself in such a way that it brought back my insecurities and blocks. Fear of going to a new level and failing miserably, because apparently that is what was supposed to happen, right? Right.

… and do it anyway

That’s when I made another decision.

Once I recognized my fear, I chose to have a chat with her. Yes she’s a she, a pre-teen hiding in the dark corner of the room, curled up into a ball. It’s much easier to have a conversation with your fear once you can see it as a person. And the truth is, it is usually a version of yourself, the dark version, the shadow you don’t want anyone to see.

She smiled, opened up, and reached for my hand. She said she was going to watch, but she knew she could trust me. She knew I could trust myself.

And you can, too.

When resistance shows up, first acknowledge it, invite it to come in, and identify the fear behind it . Use that fear to propel you to do your 100% best at all times. That scared person in the dark corner of the room? Let him or her become your best friend and your fuel.

Here is the thing with resistance and fear: When you decide to think and play bigger, to show up like you’ve never done before, to make bold moves, resistance will show up, there is no way around it.

Resistance is here for you to make a choice : stay on the threshold, or look forward and step up.

Which one will it be?

Emmanuelle Lambert is a yoga teacher and self care coach for busy heart centered entrepreneurs. When she is not goofing around on her yoga mat, she can be found eating dark chocolate while dancing to the loud sound of indie rock. Connect with Emmanuelle via her website www.emmalambert.com and follow her on Twitter and Facebook.