Why Some Dreams Don’t Lead to Happiness
By Lori Deschene 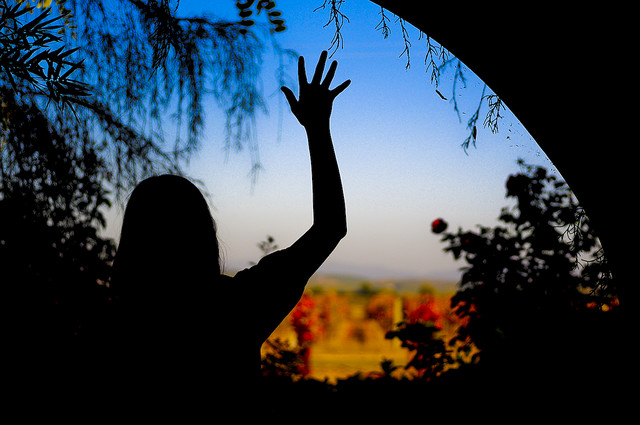 When I was 24 years old, I learned that some dreams are actually avoidance tactics, and some discouragement is a very good thing.

I was relatively new in New York City, and I felt overwhelmed by the prospect of failing if I tried to pursue my passions. I’d learned a lot about failure in the six years prior, and the only thing I knew for certain anymore was that I had to become someone important.

When I arrived at my interview for marketing job—as it was so descriptively advertised on Craigslist—I was surprised to find a room full of people and a whiteboard that read, “Who wants to work smarter, not harder and earn six figures?”

If I had the money, I reasoned, I’d have the freedom to do whatever I want with my life. The money was a smart dream. It was the path to everything and anything.

A 22-year old girl named *Aida led us through a 45-minute presentation. She told us how she recently bought her own home while helping other people find financial freedom, too.

That’s where we came in. We would sell phone and internet packages to our friends and family members, and recruit other people who wanted to do the same thing.

That’s where she started to lose me. What kind of company asks you to pay them $500 to make sales for them? She told me that it cost because it was our own business—our investment, our tax deductions at the end of the year, and our profits.

I was skeptical, but I wanted to believe in the possibility of achieving massive success so that I could eventually do something big—and I loved the idea of helping other people along the way.

It was actually kind of beautiful. The more people you helped, the more you helped yourself.

I switched my friends and family members on day one, and then spent the next two months trying to convince everyone I knew and met that this wasn’t a pyramid scheme.

Every day, I pounded the pavement with *Anthony and *Eric, two 19-year olds who told me they were making bank. One day, they told me that I could help everyone on the team do the same if I started leading the presentations, like Aida.

How could I possibly have credibility when I hadn’t yet made a dime? Anthony told me, “Fake it ‘til you make it.” That was the name of the game.

Only problem was that a small voice inside me kept saying that there was something not quite right about asking people to pay $500 to get involved. And I didn’t have it in me to lie about what I earned.

Eric told me that I had a limiting belief; that I needed to realize taking people’s money could actually be a good thing for everyone involved.

Anthony told me I needed to stop talking to the friends and family members who suggested the company was shady.

“Don’t listen to the haters,” he said. “Negative people are like crabs in a barrel. They’ll try to pull you down. You got to stay positive. That’s how Dakota became a millionaire.”

Dakota started this group, and grew it to somewhere around 750 people. He said the most successful ones were coachable. They’d believe fully in the power of the dream, and they’d do everything they were told, exactly as he explained it, without questioning anything.

But I had questions. And he had answers—just not ones I wanted to hear.

What about people who never made back their $500? It means they got negative. That’s not your fault.

What if friends and family don’t want to change their service? Keep badgering them. They want to help you. They’ll do it eventually.

What if someone’s credit isn’t good enough to get on a phone plan? Give them a cheaper plan to trigger your payment. They can cancel it before it starts. They love you and they want to help you deep down.

That was it for me.

It was three months in, I hadn’t made any money, and I learned that no one else on the team had either—including Anthony, Eric, and Aida. But even more disheartening, I’d unknowingly recruited people into a system based on lies and unethical business practices–all for the promise of a life that looked really good on paper.

That’s when I realized my instincts were there for a reason, and in ignoring them, I was doing a terrible thing.

I’d refused to see dishonesty because I wanted to believe the best in people. I kept pushing myself to do something I believed wasn’t right because someone else told me my belief was limiting. And I failed to think critically because I was too busy labeling everyone who tried to reason with me as a “hater.”

I had been so invested in this possibility that I felt too stubborn to start questioning—both what I was told, and what I was doing, day after day, without a meaningful internal motivation.

It’s what known as the sunk cost principle. Once you’ve gone all in, it can feel really difficult to cut your losses and admit it’s time to find a different path.

I needed a different path. Even if this was the path to residual income, was that really what I wanted? Was my whole life’s purpose about chasing an increasingly growing paycheck so that I could someday feel important enough to start doing something that mattered to me?

Excel Telecommunications eventually went bankrupt because of all the unauthorized service switches, and I left the experience feeling both morally and emotionally bankrupt—like I’d failed yet again.

But after I recovered from the embarrassment and disappointment, I realized that despite the six figures I never earned, this was a highly valuable experience.

We spend an awful lot of time chasing things in life, and this isn’t inherently bad. We need to have things to visualize, strive for, and create, both for ourselves and for the world we share together.

So I say listen to your “haters” realizing that no one hates you—most of the time, they’re just trying to share the way they see things to help you either challenge or confirm what you really want to do.

And I say hold onto some beliefs, even if other people tell you they’re limiting. There are some limits that we devise inside because they help us maintain both personal integrity and the integrity of what we believe is right.

There will always be someone else who thinks they know what’s right for you. If you’re too scared to define it, you can trust that someone else will.

Take the time to look within and identify what you really want to do with your time—not some day after you’ve succeeded, but right now, because that is succeeding.

There is no right or wrong answer. There is just what feels true to you, and whether or not you have the courage to honor it. Do you?

*I have changed the names of the people I met at Excel Telecommunications. Photo by tibchris.