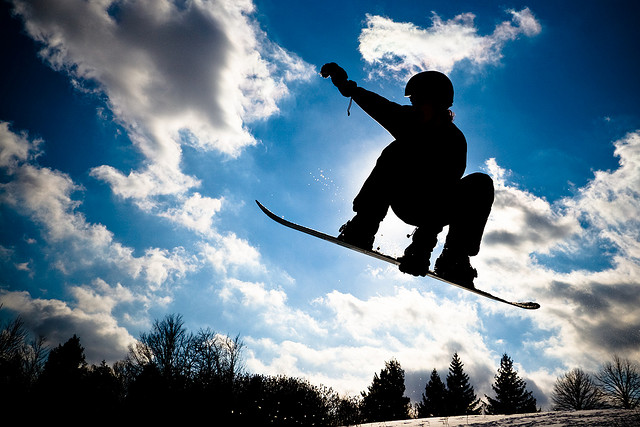 “Better to do something imperfectly than to do nothing flawlessly.” ~Robert H. Schuller

In March this year, I did something I had wanted to do since the age of nine: I had my first piano lesson. At the time I was nearly thirty-five, so it had only taken me twenty-six years to get around to it.

Why the delay? Well, when I was little, we couldn’t afford lessons, but looking back I see that was only an excuse until I got my first part-time job at sixteen—which means that the last nineteen years of procrastinating were entirely down to me.

Over those years, thoughts of playing the piano had come back to me on quite a few occasions.

Whenever I talked about it with anyone, we would usually end up agreeing that either it would be too expensive or that I was now just too old. After all, piano lessons are for kids, and posh kids at that.

Then, one day, I heard that the TV presenter Jonathan Ross was learning to play. He wasn’t posh! And he was older than me! If he could do it, surely I could too. After hearing this, I decided I’d really have to start thinking about having lessons.

Then, when I was teaching in Italy, a golden opportunity came my way: one of my students was a piano teacher. I was very excited when she told me this and instantly told her that I’d love to be able to play.

Guess what? She offered to give me a lesson. For free! I leapt at the chance and rushed to her house first thing the next morning. Of course, I didn’t really do that. That’s what I should have done.

Instead, I told her I thought it would be easier for children and asked her if it would be difficult to learn at my age.

“Maybe,” she said, and that was that. We quickly forgot all about it and the idea was pushed aside once more, with me safe in the knowledge that there really was nothing I could do about it.

Fast-forward about seven years and I was teaching a group of mixed nationality students in Bournemouth, England. At one point a student asked me if I played an instrument.

I gave him my usual answer: “No, but I’ve always wanted to be able to play the piano.” He smiled at me and asked, “What have you done to make your dream come true?”

I was slightly stunned by this question. Not only did I realize I had done nothing, but I hadn’t really thought of it as a dream before; I just thought it was something that I’d quite like to do, if only I could.

But it was a dream. It had come back to me again and again. Why hadn’t I done something about it? Why couldn’t I do it? What was stopping me?

I would like to be able to tell you that I ran home and found myself a teacher right away, but I didn’t.

It wasn’t until a few months later that I finally went for it. I was writing a list of all the things I’d like to start doing in my free time and again, piano lessons were on my list. My student’s words rang in my ears: “What have you done to make your dream come true?”

“Right! That’s it!” I thought. Turning to my trusty friend, Google, I did a search on “piano teachers in Bournemouth” and found one who lived five minutes from my flat.

What’s more, she gave free trial lessons. I had nothing to lose. I emailed her right away and booked a lesson for later that week.

Eight months and a few “good job” stickers later, I am quite amazed by how much I’ve learned in such a short space of time. But one question still bothers me: Why did it take me so long?

It wasn’t the money; I could have had free lessons in Italy. It wasn’t a lack of a good teacher; I hadn’t even tried to look for one before. When I finally did, she lived a stone’s throw away from my flat.

What it really boiled down to was this: I was scared.

I was scared that I wouldn’t be good enough, posh enough, young enough, confident enough, and Lord-knows-what-else enough to learn how to play a musical instrument. People like me just didn’t do that sort of thing.

How many of us do this? How many people put off doing the things we want to do through fear of failure or being ridiculed?

What was the worst thing that could have happened? I would have been a rubbish piano player, that’s all. And only my teacher would have known.

Why do we do it? Why are we so afraid of stepping out of our comfort zone?

Because that’s just what it is. It’s comforting; we know what’s going to happen. There’s minimal stress involved; we’re safe.

We’re also most probably, bored rigid. Staying in our comfort zone doesn’t allow us to grow into the people we were meant to be.

Why is it so important to do that thing you’ve always wanted to do?

Learning to play an instrument is hard, but not as hard as I thought it would be. Seeing that you have the ability to do something that you didn’t think possible helps to boost your confidence and leads you to think, “Hang on a minute; what else could I do?”

Nowadays, I’m busy taking my first baby steps toward self-employment and getting my writing out to the world. I’m fully invested in going for my dream.

While that’s not entirely because of the piano lessons, they have helped give me the confidence to see that I can do whatever I put my mind to.

It’s never too late (except that sometimes, it kind of is).

I was originally going to title this post something like “It’s never too late to…” but then I realized that’s not entirely true.

The truth is, none of us know how long we have, or what condition our health will be in if we do reach old age.

You never know when the chance will pass you by completely.

And while I’m happy with my progress, as I practice my latest masterpiece in the hope of another sticker, I can’t help but wonder what I could be playing by now if I’d started earlier.

So my message is simple: Whatever you want to do, go for it, whether it’s pottery, rock-climbing, tap dancing, or knitting.

Think of the worst thing that could happen, which will probably be that you’ll be no good.

You have everything to gain and nothing to lose.

There’s no reason not to go for that thing you’ve always wanted to do.

Louise Watson is a writer and meditation teacher living in Hampshire, UK.