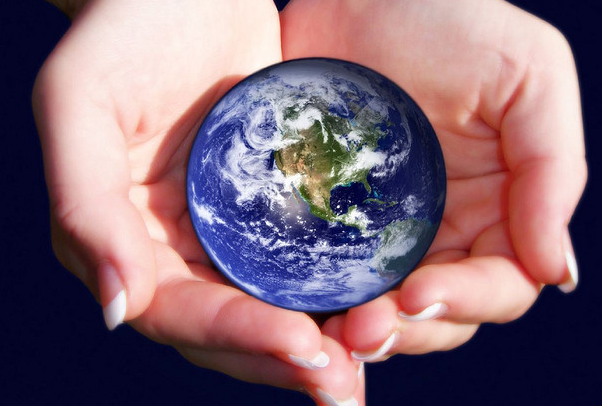 I write a newsletter every week, and last month a subscriber emailed me with a question I thought was worth exploring.

… I guess what I’m getting at is if everyone had a choice, treating sewage would be the last thing one would want to do. Isn’t it? Well, yes, I’m making that judgment. If everyone was Wayne Dyer or that money guru lady Suze Orman, we’d all be reaching fantasy levels of achievement. That is what they seem to be proposing is possible.

But someone still has to take out the trash. If we’re all living big, then who’s taking care of the landfills? I guess we could all be having wonderfully luxurious lives but chip in on the dirty stuff sometimes? Like volunteer, or Adopt-A-Highway kind of stuff.

Then a boy in Iraq gets his arms and legs blown off and I’m supposed to be like “Yahoo, I’m living big???”….. uh? This is my ‘resistance,’ isn’t it?… Anyway, there is a topic here. Anything to help me feel better about living big while others suffer…

I’ll begin with a quote from Marianne Williamson who talks in her book The Age of Miracles about the Butterfly Effect (based in Chaos Theory):

“When a butterfly flaps its wings near the tip of South America, it affects the wind patterns near the North Pole. And the same is true in the realm of consciousness: Every miracle you work in your life is a blessing on life itself.”

There is only one life happening that we are all a part of. If we are all, in fact, one big interwoven tapestry, then we are all connected. That being said, we can only be responsible for how we conduct our own lives.

By doing for ourselves, we come to a place where we are able to do for others and we change the consciousness of possibility on the planet.

At Obama’s inauguration, there were a lot of people being interviewed on the Plaza. One that struck me was an African American father. When asked what Obama’s presidency meant to him, he said:

“It means I will no longer have to lie to my son. Now, I’ve seen it for myself and can say with honesty: He can be anything he wants when he grows up, even the President of the United States.”

This is how change happens. Someone first has to carry the torch of possibility.

No amount of suffering we do on our part will alleviate the suffering in another part of the world. However, every bit the amount of success we live can increase another’s chances of success. We cannot hold a hand out to pull someone up without stable footing ourselves.

You’ve heard it from flight attendants: Should there be a decrease in cabin pressure, place the oxygen mask over yourself first and then secure that of your child.

We must first bring ourselves to the level of success so that we can effect change for others. But we will never get there if we insist on using other people’s lives as our excuse not to.

One person’s elevation creates possibilities for the rest of us, if not by example, by influence.

Oprah, in her response to the declining economy, called a Billionaires Summit. In a closed door meeting in NY, a few months ago, some of the richest men and Oprah (she was the only woman) met to talk about philanthropic foundations and which charities they would give to. She used her success to make a difference.

We all have that level of influence within us.

It may not be the Billionaires Summit. It may be contributing our success or talents at the PTA meeting, or the Neighborhood Watch Group, or the Environmental Protection Agency, or the Commission for the Arts Council. Or it may be using our sphere of influence raising our children to be kind and tolerant and responsible.

I do not agree that everyone wants to be the next Wayne Dyer or Suze Orman. There is a female executive somewhere whose true desire is to give up the sixty-hour work week to bake cookies with her children, participate in their Girl Scout meeting, host slumber parties in her home and watch her kids grow up.

And her following this desire would be the right path for her—and an example to let other parents know that they can be full-time mothers and still be strong, powerful women.

Or there is the couple who wants to give up all their worldly possessions and travel by backpack around the world.

Or there is the environmentalist who wants to work at a landfill and discover new and more efficient ways of refuse disposal.

Our job is not to judge one desire or goal as more or less important or worthy than another. Our job is to give life to the potential or seedling of desire we have within us and maximize it as best we can.

I am not going to say this is easy. It is much easier to throw ourselves into another person’s cause, crusade, or success than to take the steps toward our own. Resistance is strong when it comes to our own expression. I know, I’m guilty of succumbing to it, myself. But we always know when we’re doing it. And we have to come back to ourselves.

Years ago, I placed an ad on Craigslist seeking to interview successful business owners. I wanted to hear their strategy, and in exchange I would buy them a cup of coffee or a meal. One business owner I met with owned three Jamba Juice franchises in the Oakland area. His advice was to follow your dreams and believe in yourself.

To illustrate this, he told me a story about a woman who would come into his juice bar every day and talk to him about the book she was writing. She told him that one day she would be a very successful author and people would know who she was. The woman? Suze Orman.

Turns out, before Suze Orman was Suze Orman, she was just a woman in a juice bar who envisioned becoming Suze Orman.

Don’t squander the thing within you that is trying to emerge. Instead, fan the flame. Find out what it’s all about. Discover yourself.

And do not use another person’s suffering as your excuse not to thrive. There is enough lack, pain, and limitation being covered on the news. We are all part of what I consider a cosmic teeter-totter; and we need to tip the scales, energetically, the other way.

Even if in that small way is simply living up to our full potential. Or forgiving our neighbor. Or spending time in our garden to listen to the birds sing. Giving thanks.

6 Ways to Decrease Your Suffering