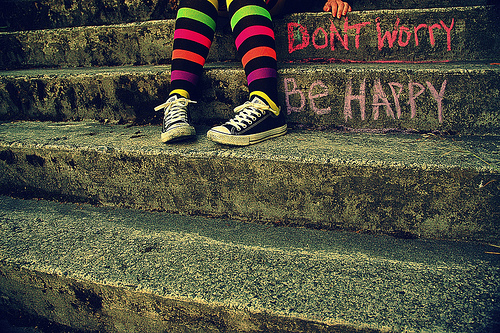 Tomorrow is my thirtieth birthday. For two hours earlier this evening, I felt certain I’d start the day hooked up to an IV in intensive care.

It all started two weeks ago when I visited my family. Shortly after I arrived home I began feeling chest pains, something I experienced frequently in my youth.

Back in the day, I spent hours in the high school nurse’s office while my peers were in lunch, study hall, or gym class. Though it was intense and frightening, I wonder, in retrospect, if my mind magnified the pain after the doctor called my damaged esophagus “pre-cancerous.”So I was sitting there five hours ago, laboring away at my laptop. My mind was no more scattered than usual—somewhat focused on the task at hand while I simultaneously watched TV, admired my new apartment, fantasized about my boyfriend, and stared at something shiny.

Believe or not, I was far more attentive on the task at hand than usual and was just starting to fall into the zone.

Until my chest began tightening. And my throat closed up. And I was in the nurse’s office all over again.

I started Googling my symptoms alongside the term “esophageal cancer.” And “Barrett’s esophagus.” And “oral cancer.” I saw pictures of putrid gums and read personal accounts of chemotherapy and tracheostomy tubes. My fingers twitched, my breath became more labored, and my eyes welled up in tears.

I ran into the bathroom and inspected every angle of my mouth. I searched for lumps and discolorations, all the while struggling to breathe. I imagined my brother’s devastated face when he learned I’d spend Christmas in the hospital.

I heard my mother crying when I told her the low survival rate for esophageal cancer. I cursed myself for waiting so long to get married and have children.

And then I found the lumps on my tongue. First I saw the one on the right-side. It was about a quarter-inch in diameter, raised, and shiny. Then I noticed another on the other side. And then several smaller ones behind them.

My mouth felt dry and fuzzy. My skin looked dull and pallid. My chest burned and constricted. By the time I called my mother for advice, I was convinced the end was near.

This made it all the more embarrassing when the ER doctor introduced me to my taste buds—two lumps at the back of my tongue. He also reminded me that acid reflux causes chest pains and told me I couldn’t breathe because I was having a panic attack.

As I drove home empty-handed—I didn’t need a single prescription—I wondered why I’d let myself plummet into such depths of terror. How did it serve me to turn the unknown into a catastrophe before having proof of anything?

How to Stop Procrastinating When Things Feel Hard or Scary