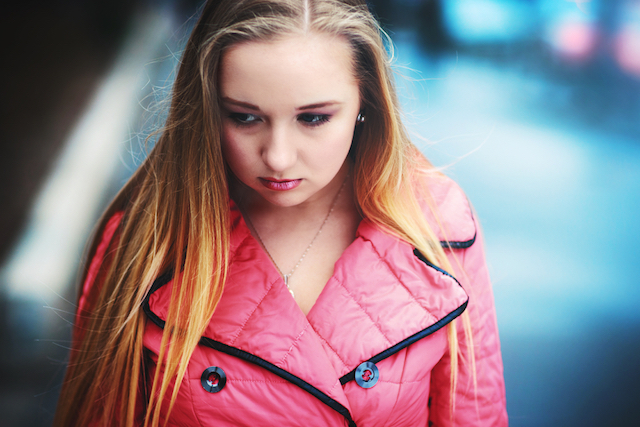 “You may be deceived if you trust too much, but you will live in torment if you don’t trust enough.” ~Frank Crane

“Ah, it is difficult to trust people nowadays!” Heard that one lately?

The implication is that trust is something you receive and that everyone else controls it and can give it. Do you believe that?

Just before Christmas I was hired by a contractor to do a renovation job. The work was in a pharmacy, and we agreed on an hourly rate.

It was not difficult to trust him; after all, it was clearly a working business and I expected to be paid. So I worked one afternoon and the whole following day, eleven hours in fact, constructing a wall, putting up dry wall and finishing it.

On the second day I dislocated my finger while working. Badly. However, I continued to work, thinking it was less severe than I thought.

It was during this day that I started to distrust the contractor, as he was saying I needed to work faster, and that he wanted to change the contract to a fixed price.

I explained that he had a choice to pay me up until that point, or agree on a price for the job. He wanted me to do another wall the following day, and offered me a price to complete the job, basically limiting my hourly rate.

That night I had a swollen finger and was in a lot of pain. I actually had to have my wedding ring cut off my finger at the local hospital.

Since I was severly injured, I was unable to return the following day, and I emailed and texted the contractor. I felt more unease about him, as he did not respond to my messages.

A week later it was time to receive payment. I chased down the contractor, knowing what was due. He did not respond.

Eventually he answered my calls and said he had no intention of paying because he had decided to change the walls.

I explained that was not a reason to not pay for work done, and that I would take him to court. In the end he paid me a pittance for the work, less than the minimum wage, and only one quarter of what I was due.

Surprisingly, it is not difficult for me to continue to trust humanity, though I can’t trust that that particular contractor will pay his workers.

What was difficult was accepting the reality that he did not pay what was due, and considering my options. I decided that karma was best for him to learn, even though I had taken photos of my completed work and would have won in the local small claims court.

I just have better things to do with my time than concentrate on what karma is better able to handle.

Will that experience affect my trust next time I am offered work?

I hope not, because I don’t want to carry my view of that negative experience into the next encounter I have, business or otherwise. But it should and will certainly affect my behavior.

You see, my behavior in assessing how much to trust is within my control, while how the other person behaves is outside my control.

In other words, trust is something I do, and it is not done to me. That bad behavior regarding the renovation is not about my trust; it is about his trustworthiness.

I accept that this one person doesn’t represent humanity as a whole.

I choose not to have it affect my trust in future people that I do not know, but I register dis-trust in that particular person. In some ways I have learned from the experience, patience and forgiveness at least.

I recognize that I played a role in this event.

It always takes two to tango, and clearly he did not want me to have an ongoing relationship, or he would not have acted that way.

Why did he act as he did? Was my work not of sufficient quality? Was it just a short-term need that he could take advantage and then not pay? Or was it that he had intended to pay and ran out of money, cutting me out as the last one hired?

I accept that I could have done things differently.

I did not ask for a signed contract, and I had to finish early because I had dislocated my finger. Perhaps he was unable to trust me—that I indeed had to go to hospital to have it repaired, and hence could not return to do further work.

I think that most of the time we see trust as dependent on someone else. But there will always be untrustworthy behaviors, so if we gauge our trust on what we see out there, we are doomed to live in fear, not trusting anyone.

I do trust myself. And now two months later I have a swollen finger to remind me to be cautious with promises that are made to me, especially when my intuition warns me to access what’s really going on.

Final summary: Don’t assume you can’t trust anyone because one person was untrustworthy. You can’t control what everyone else does—and some people may deceive you—but you can control what you do, who you choose to trust, and what you learn from each experience.

Phil is an author, executive / life coach and speaker.  His passion is to assist in alignment of your everyday with your bliss, your passionate energy. His non-fiction book  "Energizing Work" is a complimentary gift available from www.philcheney.com . Phil welcomes you to visit his personal website, contact him via Facebook or email Phil@PhilCheney.com.

You Can Change Your Life with Tiny Daily Improvements