You Don’t Need to Do Big Things to Change the World
By Caroline M. Harper 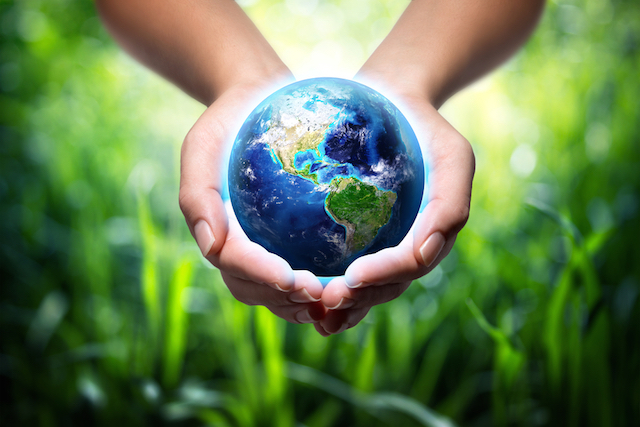 “Do not wait for leaders; do it alone, person to person.” ~Mother Teresa

Seems rather daunting, doesn’t it? Me? Change the world?! I used to feel like an ostrich, burying my head in the sand and trying to ignore all the hurt and evil in the world, because I felt helpless, like there wasn’t anything I could do.

I didn’t always feel that way though. There was a time when I felt I could make a difference…

Four months before my grandmother died, I sat by her bedside, holding her hand, and we had what turned out to be the last real conversation we had together on this earth. She looked at me and said, “I always wished I had done something great in this world.”

I told her that she had done something great! She had raised five wonderful children. She had helped and influenced so many for good during her life.

Yet somehow, fourteen years later, I realized I had fallen into that same trap.

I found myself thinking I wasn’t doing anything significant or worthwhile in this world because I wasn’t working in refugee camps or stopping genocides. I felt that I wasn’t “changing the world” because I hadn’t done something “major” to help the world.

Do you feel the same way? Are you discounting the work you are doing within your home and family, within your community of friends, within your neighborhood? Are you forgetting the impact that your everyday acts of service and love can make?

I used to think “changing the world” consisted only of really big sweeping movements that made lasting change the world over.

Although these examples do indeed change the world, when you really get down to it, to “change the world” means to make a change to better one person’s world. By helping one person feel special, loved, and important, you are changing the world for one individual at a time.

It reminds me of a time, years ago, that I was sitting in my car at a gas station. I cannot tell you what my day was like before this moment or after, but as I sat there, a man walked by with a big smile on his face. He didn’t look at me or even see me, but he changed my life.

A true, genuine smile is contagious, it spreads to all who observe it, and that’s what happened that day. His smile spread to me and I was uplifted. Over a decade later, I still think about that incident and try to intentionally smile as I go about my day.

Mother Teresa cared for thousands over the years, but she cared for and loved one individual at a time. She said, “There are no great deeds. Only small deeds done with great love.”

We may not stop genocides or serve those in the refugee camps today, but we can do something for someone today. Not only does that mean you are not insignificant, but it means that you can, in fact, change someone’s world every single day.

We just need to change our mind about what it means to change the world!

I have started calling myself a “world changer.” It felt awkward at first, but slowly, I have started to believe it again and you can too.

Before this powerful realization, I had started to take the Ostrich Strategy. No, I didn’t stick my head in the sand. (Ostriches don’t really stick their head in the sand; they’d suffocate just like you and I would if we tried that!)

When an ostrich is frightened, it will either run away or it will lie down low and stretch their necks out along the ground in front of them, as flat as they can, in the hopes that they will blend in.

Running away or lying low in an attempt to go unnoticed and then hoping the world gets better is not an effective strategy for change. Actively changing your own world in order to change the rest of the world is.

Changing your world will change the world.

As I told my grandmother that day, so I tell myself and you, you are doing great things each day. You make the world a better place each time you serve or love someone else. Then those people you serve will share that love with others, starting a ripple of love.

As more and more ripples form, aided by the winds of time, they will create a virtual storm of love that will crash along the shores of humanity, washing away the evil and the rough edges, leaving a new shoreline, a new world.

Changing the world starts at home within ourselves and our families, expanding out with the ripple effect, creating a storm and changing the world for one person at a time with each kind word and act of love given to a stranger or friend.

Just like that man walking through the gas station started a ripple by changing my day over a decade ago, changing the world will involve many people doing many small acts of love to accomplish great things and lasting change. Changing the world starts at home. It starts with you.

If you believe you are insignificant and that your efforts are not enough, you will be unhappy and the world will suffer by missing out on all the good that you have to offer. But, if you realize you have great power and a responsibility to touch another person’s life each day, resulting in world-changing ripples of love, you will be starting a storm that changes the world.

So stop being an ostrich. Choose to act. Take the world by storm instead!

Caroline M. Harper started running local field trips for children and their families in the Washington, DC area in 2011. Visit the Field Trip Club website for stories about the Washington, DC attractions that will satisfy even the most curious traveler.

Surviving Life’s Storms: Have Hope That Life Will Carry On