Your Thoughts Create Your World: Patrol Your Mind
By Dr. F. Emelia Sam 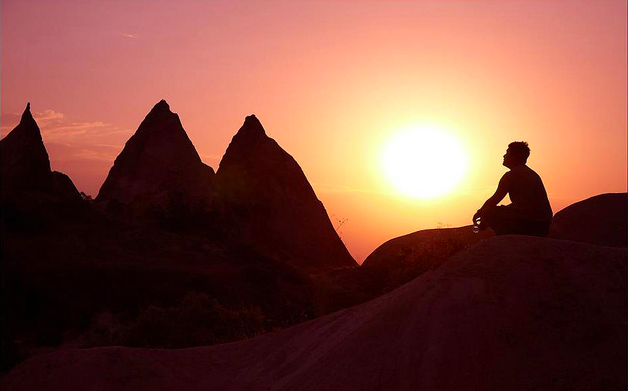 “Since you alone are responsible for your thoughts, only you can change them.” ~Paramahansa Yogananda

In my second year of residency, I went through my internal medicine rotation. I had just been assigned to a particular patient and was responsible for his care during that part of his stay. His medical chart stated he had multiple systemic issues, including more than one terminal condition.

He had been admitted to the hospital numerous times, but this was our first encounter. As I entered his room, I wasn’t sure what to expect. After all, this was a man with a limited amount of time left.

In the past, I’d had a few patients turn their anger toward me simply because I came into their space. Others were indifferent. Who could blame them? They were facing difficult circumstances—some of them potentially fatal. I just assumed this gentleman would fall into one of the two categories.

When I walked in, I was met with a heartwarming smile and genuine welcome. This soft-spoken gentleman greeted me in the way one would a friend. I immediately felt a warmth and connection to him, and over the next few days he became the highlight of my day.

Looking back, I had to wonder what made this man face his situation in a completely different manner than others. He was able to keep the most pleasant disposition despite the fact that his body was slowly shutting down under the strain of his multiple ailments.

I understand now that he simply made a choice.

He didn’t. He chose to think differently of circumstances most of us would consider dire. He chose not to dwell on the negative but instead made an effort to create positivity around him. If he had the power to choose a higher thought about his situation, it stands to reason that we all do.

It took a long time to understand that my thoughts rule my experience. They often create the circumstances I encounter and they always interpret the challenges that are thrown my way. It is only the mind that assigns meaning to otherwise neutral events.

I didn’t understand that, initially. I allowed my mind to run rampant struggling to stay afloat in a sea of unrest. I was caught in the undercurrent.

Most of our thoughts are benign, observational in nature. Some give order to the day. But it’s the thoughts in the undercurrent that undoubtedly influence every aspect of our lives.

It’s what we believe at the core that determines how content we allow ourselves to be.

Unfortunately, many of us hold the thought “I am not worthy” as our foundation. It’s what drives us to sabotage ourselves. It is what pulls apart relationships. It is the source of dissatisfaction. It is the reason for stagnancy.

Only when we believe ourselves to be responsible for our thoughts do we have the ability to change them. With awareness, “I am worthy” becomes a possibility.

I’m willing to bet that my former patient had an underlying thought of worthiness. I think it’s what drove him to express the best of his spirit because at his core, he believed he was worthy of having it reflected back to him.

He taught me, as he undoubtedly taught others, that outlook is independent of circumstance and stems from your foundational thoughts.

It is impossible to control every thought that enters our minds. However, we can make the effort to patrol our mental environment. We have the power to accept or reject any thought that floats through our consciousness. The only trick is to be conscious.

Dr. F. Emelia Sam is a writer, speaker, and oral surgeon in the Washington, DC region. She is the author of I Haven’t Found Myself but I’m Still Looking and How to Create the Life You Really Want: 20 Small Strategies for Big Changes.

A Guide to Peace for Anyone with a Crazy, Messed Up Mind

How to Boost Your Self-Esteem When You’re Insecure