Tiny Wisdom: Being Self-Aware and Minimizing Drama
By Lori Deschene

This past weekend, I took a break from writing at Starbucks to visit the nearby Fall Festival, which featured a petting zoo, face painting, and food samples.

This is one of my favorite events because it encompasses many things I love, including farm animals, giddy children, and food on toothpicks (yes, that’s in my list of favorite things).

Much to my excitement, I saw there was also a large makeover event set up in the vicinity. Since I had time, I decided to get in line—except there wasn’t one. It was more like a group of women positioned haphazardly in front of the two stylists.

So I asked one of the women, “Are you in line?”

Her response caught me off guard, because she snapped kind of defensively, “Yes. This is the line. Behind me—I’ve been waiting!”

Instinctively, I felt annoyed. I’d asked to be considerate, but I gathered it didn’t come across that way.

I realized then that I often feel angry when I have positive intentions that others don’t seem to receive as such; and I can easily get frustrated when I sense hostility that I feel I “don’t deserve.”

Sometimes, because of that, I take things personally that simply aren’t personal—and also aren’t a big deal.

While this was a brief encounter with little significance in the grand scheme of things, it got me thinking about the importance of self-awareness.

So often in life, we feel things that have little to do with what’s actually happening and everything to do with the stories we’re telling ourselves in our head—stories that involve assumption, blame, and defensiveness.

But we don’t have to fall victim to our instinctive emotional reactions. At any time, we can stop, assess what’s going on in our heads, and decide to respond a little more wisely based on what we know about ourselves.

Today if you feel yourself getting all worked up over something that isn’t a big deal, ask yourself, “What can I learn about myself that will help me going forward?” 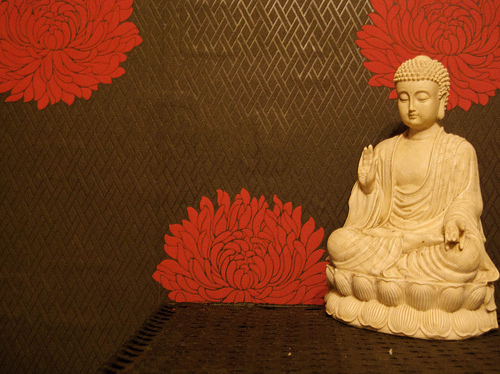