“The most important thing in this world is to learn to give out love, and let it come in.” -Morrie Schwartz

There are some people we feel we’ll never understand. They make choices we’d never make, they don’t understand why we do what we do, and they don’t give us what we need in our relationships with them.

Vegetarian author and advocate John Robbins had a man like that in his life. That man was his father, and the thing he didn’t know to give was love.

I saw John speak this weekend at Bonfire Heights, the retreat I mentioned yesterday. His father, Irv Robbins, co-founded the ice cream company Baskin Robbins, and lived a life dominated by the pursuit of more.

Irv believed children should be seen but not heard, and fathered with an authoritarian coldness. In fact, years later, after Irv held his autistic grandson—the first time he ever held a child—he asked John, “Do you think all children need love, or just those kind?”

John could have unleashed a lifetime of bitterness for a childhood without warmth and affection. But instead he saw his father for who he was in that moment—an old man from a different time, who was open to learning a different way.

Years later, when Irv was on his death bed, John repeatedly kissed his forehead as morphine dulled his final pain. Irv asked John why he did that, and he responded, “Because I’m showing my love.”

Irv responded, “That’s been important to you, huh?” Followed by, “Less pain!”

To which John responded, “More love.”

To which John responded, “More love.”

When John kissed his forehead one more time, Irv released and fully accepted it, even saying, “That felt good.”

John said, “Less pain?” The last words he ever heard his father say were “More love.”

Sometimes the people who need our love the most are the ones we may feel deserve it the least. We can make that judgment and stay bitter—or we can actively contribute to making the world a more loving place. Less pain, more love. 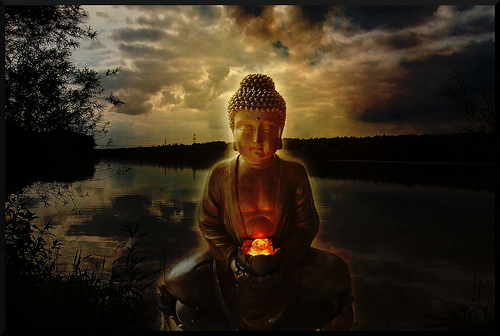