Tiny Wisdom: The Gains in Our Losses
By Lori Deschene

“If you learn from a loss you have not lost.” –Austin O’Malley

Earlier this year I spent dozens of hours and nearly $1,000 on a new feature for this site. Due to some misunderstandings between me, the programmer, and the designer, things didn’t turn out quite how I intended.

Ultimately, I decided to cut my losses and focus my attention somewhere else. I knew I might revisit this feature down the road, but that would require more time and money, and at first that bothered me.

I finance the site independently, and I’m not rolling in cash, so it felt like I’d just thrown away resources that I could have used somewhere else.

It was tempting to dwell on mistakes I had made, and harp on the mistakes that weren’t mine.

I learned about clarifying my vision upfront, and communicating it to a team. I learned about expressing expectations clearly, and ascertaining that it’s possible to meet them. I also learned a lot about the tech side of things that I previously didn’t know.

Framed from that perspective, suddenly it didn’t seem like a total loss. If we’re honest with ourselves, I suspect we’ll realize that very few losses are.

If you lose a relationship you value, you could ascertain that you lost your chance at happiness—or you could decide to learn from that experience to open up to an even healthier relationship in the future.

If you lose a job you enjoyed, you could decide that you’ll never know that satisfaction again—or you could appreciate the opportunity to start a new adventure with the knowledge and wisdom you gained from your last.

If, like me, you lose money through an investment that didn’t pan out, you could feel indignant and bitter—or you could learn to make smarter investments in the future so that one short-term loss can ultimately lead to long-term gain.

From jobs to loves to dreams to hopes, we’ll inevitably lose things we treasure in life. Whether or not we gain something through each experience is entirely up to us. 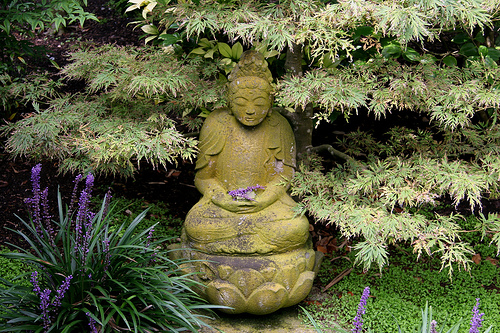