Tiny Wisdom: Treat People How They Want to Be Treated
By Lori Deschene 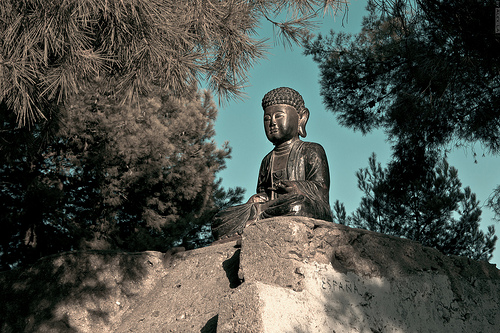 “If we are to live together in peace, we must come to know each other better.” ~Lyndon Johnson

I’ve always tried to gauge people’s needs by relating to them—by seeing myself in them, and giving them what I would want if I were in their shoes.

It never occurred to me consider how I differ from them, and how their wants may differ, as well.

This friend of mine, he values connection and support, just like everyone else, but he’s not someone who likes to talk about his problems at length. In fact, he prefers to get things off his chest and then move on, instead of dwelling on things that bother him.

A mutual friend of ours enjoys dissecting a problem from every angle. If he treated her how he likes to be treated, he may try to help her let go and move on quickly, as that’s how he does things.

But he doesn’t treat her that way. Instead, he simply listens until she’s done talking, because he understands that she appreciates that.

He understands that what works for him isn’t necessarily what works for everyone; and that there is no right or wrong when it comes to the support we want from other people.

What a beautiful way to be there for someone—to try to ascertain what they value in a friendship, and then provide it, without question or judgment.

I’m not suggesting we enable people when they’re compromising their emotional well being, or facilitate codependent relationships by giving in to unhealthy requests.

I’m suggesting we can make the world a better place by meeting people where they are and instead of assuming that’s where we are.

It’s recognizing when someone wants space, even if you’d prefer to be surrounded by people in a similar situation.

It’s realizing when someone wants vocal appreciation, even if you’d feel uncomfortable with that kind of attention.

It’s moving beyond empathy to understanding, and building stronger relationships in the process.

We are so similar, and yet so different. Sometimes connection is seeing ourselves in each other. Sometimes it’s stepping outside ourselves, and honoring what we see.