Tiny Wisdom: When Other People Won’t Change
By Lori Deschene 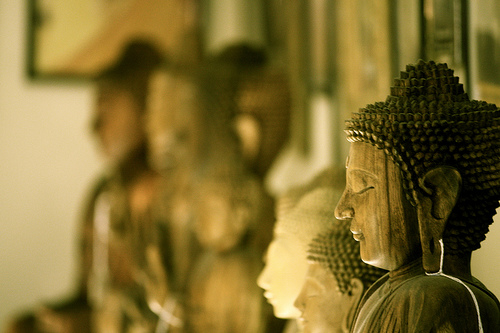 “I’ve discovered that you can’t change people. They can change themselves.” ~Jim Rohn

We all want to be loved and accepted, just as we are. We want people to honor our interests, value our needs, and respect our choices in life.

So why, then, do we expect other people to sacrifice theirs for us?

Why do we hope people will change their goals, habits, and values to better align with ours when they haven’t given us any indication they’d be happier for doing it?

Sometimes we think we know what’s best for others, but if we’re honest with ourselves, we’ll likely realize we want people to change when we simply don’t feel satisfied being in a relationship with them as they are.

I’m not talking about people who are violent, dangerous to themselves and others, or in any way abusive. No one should ever feel bound to an unhealthy situation by the ideas of unconditional love and acceptance.

I spent most of my twenties dating people who were completely incompatible with me.

I got involved with stoic men hoping they’d become more sentimental. I pursued self-professed bachelors hoping I’d be the one to make them want to commit. I even dated men who said they never wanted kids, hoping they’d change their minds because I did.

And why? Because those were the men who were there, and it felt safer to be with the wrong men than leave and risk not finding the right one.

Relationships are all about compromise, and there’s no such thing as a perfect match.

But we owe it to ourselves to recognize what’s non-negotiable in relationships so we don’t end up resentfully sacrificing our needs while secretly hoping the people we’re with will make it worth our while.

The people we want to change—there are others out there who’d accept and even value them, just as they are. We can appreciate them for all their unique quirks, interests, and preferences. Or we can set them free and create the possibility of finding better matches.

We deserve to be happy in our relationships. That starts with choosing to be with people we’d never want to change.

Photo by mind on fire