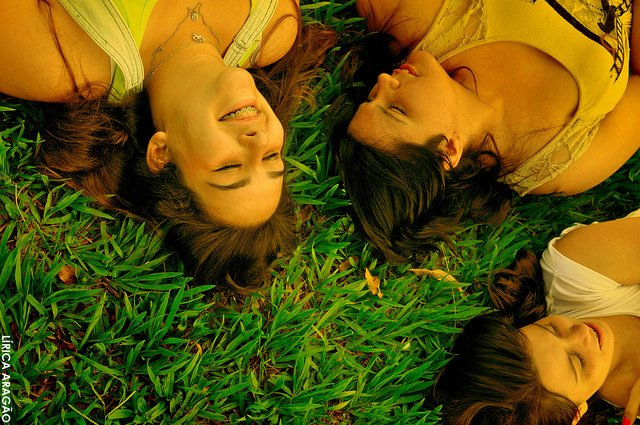 “To have a friend and be a friend is what makes life worthwhile.” ~Unknown

Extreme Makeover: Friendship Edition! That would be the best phrase to describe a year in the life of a cross-cultural friendship with my best friend Marisa.

This is the first deep and meaningful relationship I’ve ever had with someone who doesn’t speak a word in my own language.

My relationship with her has exposed and challenged many of my cultural beliefs and ideas about friendship.

There is nothing wrong with being influenced by culture. We all are.

But it’s good to recognize where some of our beliefs come from. Every so often we need to do little sorting through and, if need be, have a “garage sale” to get rid of things that are not relevant to our lives.

From the day that we are born, our culture begins teaching us lessons. It shapes our social behavior, conduct, and whole value system.

Oftentimes, it’s not until we encounter another culture that we realize how our culture and upbringing shaped our value system.

And yes, it is true that you do need these things, but it wasn’t to the degree that I had been brought up to believe.

You see, I’ve had relationships with people in my own language where we’ve had space, time together, and similar backgrounds.

But in the short time that I’ve known Marisa, our relationship has grown faster and gone further than some of these other relationships that have had the benefits of time and space. So what is the catch?

Relationships experts say that one of the secrets to keeping a relationship healthy is engagement.

The act of engaging with each other briefly online keeps our minds happy and continually feeling connected.

What makes a successful friendship is not how much time we have together but what we do when we are together. We may only have 20 minutes on MSN messenger but in those 20 minutes, but we make that time count. So yes, lots of time together is good. But time well spent together is even better!

What also makes our relationship stronger is that we know the difference between hearing and listening.

During the course of my relationship with this woman who doesn’t speak a word of English (I also speak Spanish) I witnessed a phenomenon. I thought initially that my relationship would be harder because she spoke a different language.

But it turns out that she actually understands me better than some of my friends who speak my native language. For the longest time I couldn’t figure out how this could be, until one day it hit me.

You see, Marisa and I have to listen to each other extra hard because of our language barrier. Because of that, she listens closely to every word I say and I think it is the reason she “gets” me.

There are times that I have literally seen her tip her head towards me in an attempt to catch every single word that is coming from my mouth.

And on my part, I’ve done things like reread past MSN conversations between us just to make sure that I understand her right. And the both of us often make it a point while chatting to every so often stop and say “Do you understand what I am saying?”

We’ll also repeat back to each other what we think we are trying to tell each other.

It costs us nothing to develop these habits, but taking the time to create them has protected us from things that could cost our friendship dearly.

Because of this language barrier, we listen extra hard, and as a result, 90 percent of the time, we really understand each other.

I realize now that it’s easy to think that you understand someone because you share the same language and culture. But it may turn out that you are only hearing each other’s words and not really tuning into what they are trying to say.

So here we are: two different ladies from two cultures who don’t share the same language, have no common interests, and barely any time together. Yet this is probably one of the most functional relationships I have ever been in.

The greatest lesson that this relationship has taught me is that there is one thing cultural and language barriers cannot hinder—love.

In 2009, Angelina relocated to Buenos Aires to teach English while learning to dance the tango and speak Spanish. Her time there has given her insight into cross-cultural relationships & living abroad. Visit her at Making the Same Difference or purchase her eBook, Argentine Eyes, a novel based on her recent experiences.