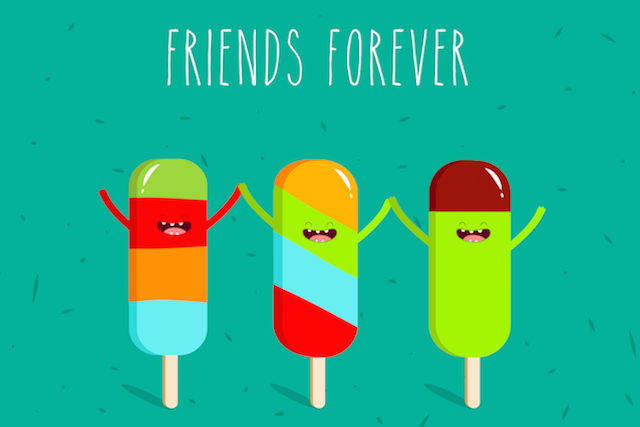 In this current age of social media, it is easy to have large and wide social circles. I believe that the larger and wider these circles get, the shallower the friendships become.

I’ve always been a person who is very selective when forging friendships. I think that has mostly stemmed from the fact that I value depth over breadth, and quality over quantity.

For this reason, I have had a handful of friendships that have lasted through the test of time. But unfortunately, I have also had a few friendships that I have lost through my own thoughtlessness and complacency.

Over my adult life, I can identify three times when I failed a very good friend. These times have stayed with me over the years, primarily because of the lessons that I learned from them. Sometimes the lesson was learned immediately; other times the lesson took years to have its full effect on me.

I hope that by sharing these three stories and their related lessons, I may be able to help you avoid the mistakes I made so you won’t run the risk of damaging any of your most valued friendships.

When I Ignored Her Needs

When I was in college, my freshman roommate was a friend from high school. We thought it would be best to room with someone we already knew rather than a total stranger.

By the end of our freshman year, we realized that we had less in common than we had thought and that it would be better to live separately, but still remain friends. As we both changed and grew over the next two years, we decided to live together again as seniors, and it really turned out to be the best rooming experience of all my four college years.

During our senior year, we attended the wedding of a mutual friend. At that wedding, I met a man (one of the groomsmen, actually) and had a great time with him. He was from out of town, was going home in the morning, and I really didn’t want the evening to end.

My friend and I had shared a taxi to the wedding and had planned on going home together. My plans, of course, had changed. I left her to her own devices, to flag down a taxi in a big city, in a part of town that she was not familiar with.

I should also explain that my friend was not the most adventurous or experienced person I knew. That was part of why she made such a good, reliable roommate.

I knew that she was very uncomfortable in the situation that I had created for her. But I didn’t care. I thought: “If things were reversed, I would understand. Why doesn’t she understand? What is the big deal anyway? It’s just a cab ride.”

But to her it wasn’t just a cab ride, and I knew it. I just didn’t want to admit that I knew it. I wanted to pretend it wasn’t true because of my own selfish motives.

In the end our friendship survived, but the long-distance relationship with the groomsman didn’t. He went back to his ex-girlfriend, and the friend that I had dumped for him comforted me through my heartbreak. She was a much better friend to me at that time than I had been to her.

The lesson: I learned from this situation that it is so easy to be selfish and not even realize that you are doing it. When you are in the heat of the moment, and you don’t take time to step back and think before you act, you run the risk of letting your emotions get the best of your judgment.

At that moment, all I thought about was my own interests and completely ignored the needs of my friend. I had no empathy for her, even though I was the one who was putting her in an unpleasant situation through my own selfish actions.

I learned that true empathy involves understanding and respecting how the other person is feeling even if you would not feel the same way if you were in the same situation. Rather than acknowledging how my friend felt, I expected her to see things my way and to feel as I would have if the situation had been reversed.

When I Gave in to Pressure

When I was in my early twenties and living in California, a friend with whom I had remained close for more than ten years flew out from Washington DC to visit me.

It was her first cross-country trip and a big deal to her. We had not seen each other in years and were both very excited about the visit.

During the last night of her trip, she was watching TV in my living room when the person who shared my apartment picked up his guitar and started to play. She told him to be quiet because she couldn’t hear the TV. When he took his guitar and left the room, I didn’t think anything of it.

But later that night he insisted that she had to leave because she had been disrespectful to him. I explained that it was her last night and she’d be gone in the morning. He refused to change his mind, and I gave in to his pressure.

My friend was in shock, to say the least. She wasn’t even given a chance to apologize. I drove her to a nearby hotel and paid for her room.

The next morning I took her to the airport, and, to her great credit, she didn’t blame me at all for what happened. I, on the other hand, felt terrible about my lack of conviction and inability to stand up for what I knew was right.

She and I eventually lost touch over the next year. She never said so, but I suspect that event marked the beginning of the end of our friendship.

The lesson: I learned that one bad decision can quickly ruin a friendship, especially if you don’t address it. Because my friend acted like she was fine, I preferred to just forget what happened. I thought that was easier than discussing it with her and reminding myself how ashamed I felt about my own behavior.

I took the easy, immature, and selfish option of sweeping it under the rug. I really think that if I had acted differently and taken responsibility for my mistake, our friendship would have survived.

When I Didn’t Want to Listen

Last year I was having a conversation with an old friend. We’ve known each other for almost fifteen years and have shared many of the ups and downs of our lives with each other.

During that conversation, I asked her if things were any better for her, as she’d just gone through a difficult and tumultuous couple of weeks. She said that things were better and she had not had any more thoughts of suicide.

Her statement took me completely by surprise, so much so that I had no idea how to react to it.

My immediate thought was that, as a friend, I couldn’t let a statement like that just slide by unaddressed. I had to say something, anything, in response, but I didn’t. I just acted like she hadn’t said anything out of the ordinary, even though she had never, ever said anything remotely close to that before.

I later thought about why I hadn’t reacted. And the truth was embarrassingly selfish and simple: I simply was not in the mood to listen.

I had asked her how she was doing out of politeness, not genuine concern or interest. That day, I was preoccupied and distracted with my own petty problems, and not present or engaged in the conversation. That day, I wasn’t a friend to her at all.

The lesson: I learned that the true meaning of friendship is to be available and supportive even when it is difficult or unpleasant. That is part of the responsibility that comes along with being a friend.

Anyone who has children knows that there are days when you don’t feel like doing what needs to be done, but you do it anyway. Similarly, as a true friend, you have to be present no matter what. A true friend doesn’t only provide help and support when it is convenient, but provides it every time that it is needed.

Daniela Naidu is one of the authors for www.skilledatlife.com. Through her life experience, she has learned that there is at least one universal truth: we all need the same life skills in order to be happy, regardless of who we are or where we live. Her goal is to provide as many people as possible with those simple skills.

10 Things You Need to Know to Maintain Strong Friendships