4 Easy Steps to Deal with Difficult People
By David Orman 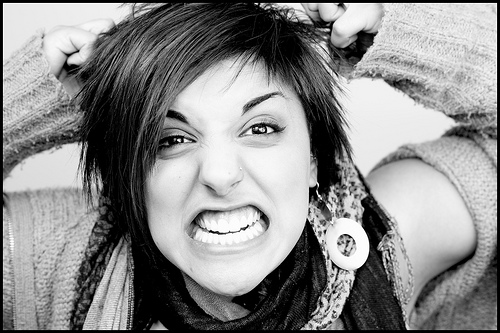 “There is a huge amount of freedom that comes to you when you take nothing personally.” ~Don Miguel Ruiz

It seemed like a simple task. Please switch my gym membership from gold to silver level. I’m not cancelling, just switching.

That was now the third time I repeated my request, each time a little more calmly and a little more slowly, despite the beginnings of blood boiling feelings.

The person on the other end of the phone could not have been ruder. It was as if I was asking for a kidney instead of a membership change. A harsh tone and harsher words ensued. Why, I still have no idea.

You have undoubtedly met them. You have maybe been one, once or twice.

Why are some people continually difficult to deal with? What makes Joe easy to get along with and John such a struggle? Here are the major reasons and what can be done about it.

1. We feel triggered when our needs aren’t met.

We love it when we are acknowledged. We may not be crazy about when we are criticized, but it beats Option #3: being ignored.

Being ignored is a terrible feeling for humans and one that we avoid like the plague. When this occurs, some people revert to “problem child” mode. These are the set of behavioral responses that are so ingrained that it is a reflexive series of actions. It is the default mode.

If you can leave enough of the heated emotions aside, clearing enough space for some patience and I dare say, compassion, the root cause of the behavior often becomes crystal clear.

What are you trying to accomplish? Great. Let’s find a way of getting what you want in a healthy fashion…

2. Fear can lead to confrontation.

If we could somehow, some way reduce fear, 99% of the world’s problems would be resolved. Fear causes more complications and melodramatic dilemmas than all other emotions combined.

Fear is typically at the root when dealing with difficult people. They want something and fear it is either not being heard and will never be heard, or they are not deserving of having their voices heard in the first place.

Are these true? Probably not. They are stories we tell ourselves and believe as fact. Spoken enough, cycled enough in our heads, we proceed to “know them as truth” and act based upon these fictional anecdotes. Our bodies react with—you guessed it—fear.

Fear is a root emotion that originates from the kidney energy. The kidney energy is the source of all energy. Knowingly or unknowingly, we try to protect this at all times. Fear is the prime, albeit most ineffective method. How ironic!

Steering the person away from this base emotion is the key here. By choosing your words carefully and speaking them kindly, you can help divert a person from fear into the more advantageous and effective emotions. Once this occurs, the rest is easy.

3. A feeling of powerlessness can make people combative.

One of the most misquoted and misunderstood martial arts is the popular art of Aikido. Most people state that in Aikido, one is using the attacker’s energy against them. Morihei Ueshiba Sensei, founder of Aikido stated something much differently. He said, “We use our opponents’ energy to protect them…”

When there is a feeling of powerlessness—real or imagined—there is a tendency to go on the attack, so to speak. If one engages, things begin to escalate. That feeling of lacking personal power is the underlying reason. “I have no power so I must go on the offensive to protect myself, to regain lost power.”

We cannot take power from anyone without their consent. When we recognize this and remind the other person with compassion, we’re better able to defuse hostility. The more we acknowledge personal power, the less conflict arises.

The late self-improvement master Alexander Everett used to set up situations in schools that were based on cooperation, not competition. For example, track events were not Person A running against Person B; rather, they were about whether or not the team had an improved (total) time this month versus last month.

If they improved in April compared to March, the team was considered victorious.

When a conversation (or argument) is set up whereby there is the illusion of a  “winner” and a “loser,” conflict is bound to continue. Ill feelings are the “award” and nothing productive is accomplished.

How can the situation be set up so that both people receive what they desire? Note that this is much different than compromise. Compromise is a situation where a third option is agreed upon and neither party is happy with it.

At the end of the day, people are people. There are no truly difficult people, only those who have unrefined communication skills. Given the opportunity, everyone eventually finds their pure voice.

David Orman is the creator of the country's foremost anti-aging formula, Hgh Plus found at www.hghplus.net. He is also the author of the blog DocWellness.wordpress.com.

How to Accomplish Anything Leveraging Collective Energy