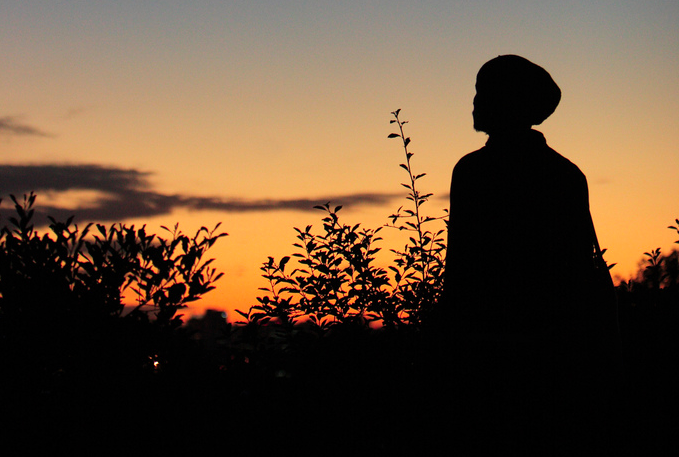 “Yesterday I was clever, so I wanted to change the world. Today I am wise, so I am changing myself.” ~Rumi

When I left high school, I had no idea about what I wanted to be when I “grew up.” I still had no idea when I left university. There wasn’t anything in me that really burned to be a doctor, a translator, a lawyer, or an artist, for example.

I was a bit of an all-arounder and wasn’t really 100 percent focused in any one direction. I always thought this was the curse of completing an arts degree (namely French), where in many cases you can go in any direction you choose, but what if you have no idea?

I think what I was always quite sure of is the feeling this unknown career would instill in me.

I remember speaking to a career counsellor and saying something about wanting to be a powerful woman who wears suits, has some kind of semi-important title, and spends a lot of their time getting the train between Paris and London for business meetings.

As soon as I said it, though, I felt hollow and instinctively knew that that wasn’t me. This is what all my friends were signing up for, and I was torn.

Do I follow what I’m expected to do and go for the lifestyle, or do I dive back into the crumbling well of not knowing what I’m doing with my life?

After a lot of soul searching, I decided to move into high school teaching. I could still be involved in all things French, have some kind of semi-prestigious role, and make a difference. (The suit was optional, though).

That “business woman” feeling I’d wanted translated quite well into teaching. I felt wanted, important, needed, useful, and creative, like a fountain of knowledge creating an impact where it mattered. But something was still missing.

After feeling empty, fed up, and like I was sacrificing my well-being at the expense of my career/search for a particular feeling, I knew I still wasn’t in the right place.

I then went through a few years of relentlessly comparing myself to others and where they got to in life. My friends at university seemed to be settling into jobs that were made for them. They were making good money and climbing the ladder.

Why couldn’t I do this? Why didn’t I want to do this? It wasn’t supposed to be like this. What the hell was wrong with me?

The last few years after moving from the UK to Australia have marked something of a transition for me. I feel that there was a reason I was meant to move to the other side of the world: I came here to follow my own path.

I was meant to come to Australia to stop comparing myself to my university friends, to stop feeling that I’d let me parents down, and to be really secure in myself and not myself in the eyes of others.

Away from this, I became incredibly interested in holistic health and nutrition, spirituality, healing, and meditation—a far cry from the powered up business woman ideal I was originally aiming for.

I am in no way where I thought I’d be when I school.

I’m pretty sure that if I told people what I was doing now (writing and training to be a healer), they’d be quite surprised. Trust me—no one is more surprised than me. But I absolutely love what I’m doing and I’m so passionate about it. I’m incredibly grateful that I’ve found my “thing.”

If you’re nodding your head furiously at anything I’ve written and feel like you’re not where you thought you would be, I invite you to think about the following questions.

Okay, you might not have the salary, but is your job progressing the way you want it to? Do you have steady income? Do you like your colleagues?

If you really drill down into “dream” jobs, there’s always something people don’t particularly like doing, but generally it’s okay. They don’t call them “jobs” for nothing!

2. Are you putting unnecessary pressure on yourself?

Whether you’re recovering from an illness or setting up your own business, it can be terrifying and can often feel like you’re never going to get there. Remember to give yourself a break and be kind to yourself.

Take time to step back and look at what you’ve achieved so far. If something’s worth doing, it’s worth taking time over and really pacing yourself. A bit of patience and a sprinkle of hope, and you’ll get there.

3. Whose expectations are you fighting with—yours or someone else’s?

I suddenly realized, after years of comparing myself to other people, that I was doing myself a huge injustice by making myself feel inferior to others.

As much as I wanted to blame society, the government, or my parents for not being where I wanted to be in life, I realized the expectations I’d placed on myself were incredible.

Even if I were as perfect as I’d envisioned, I still wouldn’t be happy. The same goes for expectations laid down on you by other people—they’ll never be happy with where you are either.

That’s when I realized I had to let it all go. These herculean expectations were energy zapping and weighing me down, so I released them.

4. What can you learn from the situation?

Everything happens for a reason. Are you underselling yourself at work? Are you spending time on things that really light you up?

The big lesson for me was learning to be myself and be okay with that. I learned that my talents and skills are unique and that at the end of the day, people want and remember you for you, not for your job.

5. Is there anything you could do today to move you closer to your ideal life?

Once I thought about all the time I’d wasted wishing I was higher up the ladder, more glamorous, or more athletic, I wanted to do something right away that would make me feel like I was moving the right direction for me.

If you’re constantly berating yourself for your fitness, go to the gym. Want to eat healthier food? Cook healthier food. It’s simple. Often, we sabotage ourselves as an avoidance tactic. Nobody can do it for you but you.

There’s no time like the present. Your dream and goals are just waiting for you to run toward them with open arms. All you have to do is say yes.

Katie Manning is a coach, writer and speaker whose blog, Conquering Fear Spiritually - CFS, inspires and supports people with M.E or Chronic Fatigue Syndrome. After having CFS for 10 years, Katie has completely cured herself of the illness and is now inspiring others to do the same.