5 Ways to Cope with Family Bullies
By Katherine Mayfield 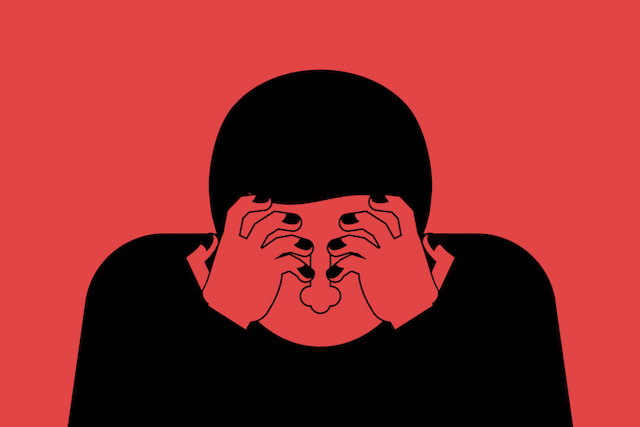 Bullies are everywhere. One of the most insidious and destructive forms of bullying is family bullying, because it’s often done in the name of love.

As someone who was bullied by family members for more years than I care to count, I spent a lot of time learning that most of the bullying going on was not about me or my failings—it was more about what other people needed to unload.

Family bullies often pretend to (or believe they can) help by offering criticism. But a majority of the criticism is usually designed to make the bully feel better rather than to help the victim.

In my family, bullying was the way my parents got rid of their feelings. After years of paying close attention to what was going on under the surface, I finally realized that the more emotions my parents were trying to deny in themselves, the more they put me down.

I also learned that there are ways to minimize the effects of relating to dysfunctional family members, and I’d like to share them with you.

1. Plan your responses ahead of time.

If you know what kinds of comments push your buttons, prepare responses ahead of time that allow you to hold on to your self-esteem.

For instance, if someone always comments on your parenting style, you can say, “I parent my kids according to my own values. I’m sorry if you don’t like it, but that’s what I will continue to do.”

Use “I” messages rather than “you” messages, which means saying “I think” or “I feel” rather than “You always” or “You shouldn’t.” “I” messages keep the focus on what you’re trying to communicate, and are less likely to instigate an argument.

Practice your responses several times when you’re alone so they become automatic. When you’re in the midst of a heated situation, sometimes it’s hard to come up with a response that’s not habitual, so if you practice beforehand, standing up for yourself will begin to become a positive habit.

2. Stand up to the bully without hostility.

One tactic that often works to defuse criticism is to take a strong stance, look the person right in the eye, pause for a moment, and then say, “Excuse me?”

With this phrase, you’re letting the person know that you’re aware they’re putting you down or dumping on you, and you’re not going to take it. But the beauty of this phrase is that it’s not hostile; you’re not adding fuel to the fire or throwing your anger back at the other person.

You do need to take a strong stance, however, maintain eye contact, and say the words very clearly and distinctly. Sometimes this statement will stop the criticizer in his tracks as he steps back in his mind and hears what he actually said.

3. Remove yourself from the situation.

If you find yourself getting sucked into what the person says, take a break and go somewhere private. I used to go in the bathroom and scream silently, shake my hands, and shake my head. It helped to let the tension out of my body. Remind yourself that you don’t have to get caught up in the drama.

It can take some practice over time to remember to take a break, but when you step out of the situation over and over, you’re reminding yourself of your separateness and your awareness of the dysfunction, and validating your desire to stay out of the traps and become mentally healthier.

They’ll try to get you under their control again, but the more you pay attention to your own needs and act on them, the more respect you’ll develop for yourself.

Setting boundaries ahead of time can help you feel more in control of a situation. Tell everyone ahead of time that you can only stay for two hours at a family party, or that instead of cooking the holiday ham for the tenth year in a row, this time you’ll bring a salad.

You’ll need to be prepared for a backlash of “No! You can’t change! We liked you better when you let us control you!” But each time you stick to your guns, you’ll be growing stronger. Pay attention to your own needs and desires—they’re absolutely just as important as anyone else’s.

5. When you leave, leave it all behind you.

When you’ve just left a difficult situation, instead of rolling it around and around in your mind, set yourself a mental task of figuring out how to make it easier for yourself next time.

What would need to change? How could you respond in a way that helps you feel more centered and grounded? What kinds of boundaries could you set up before the next time you see them?

Ruminating over who said what and how awful it all felt for days afterward is a negative habit that reinforces old emotional patterns. Instead, remind yourself that the situation is over, and allow it to turn into a fading memory rather than constantly pulling it back into the front of your mind to relive over and over again.

People who are regularly criticized by others tend to be very critical of themselves, as well. Have compassion for yourself, and treat yourself with kindness. Most of us are actually doing a better job at everything than we think we are—no matter what anyone else believes or says.

Calling Out Bullies: Why You Need to Stand Up for Yourself