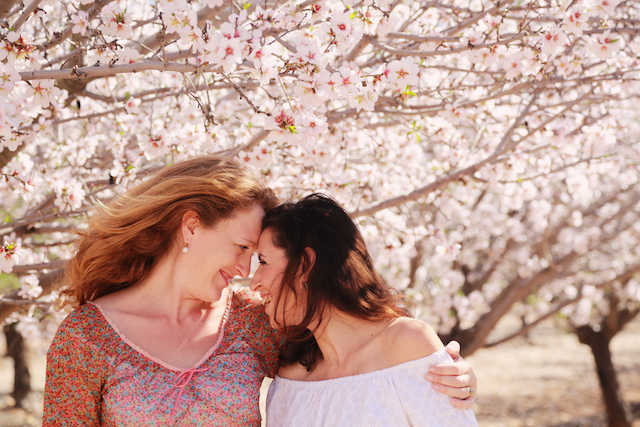 You develop a friendship with someone who appeared to be decent but turned out to be a huge problem in your life.

I’m not talking about those occasional slip-ups like keeping you waiting at the coffee shop until 4:10 when the rendezvous was scheduled for 4:00.

I mean those things that completely slash the fabric of your friendship—stuff that truly hurts, like harsh words that prey on your weaknesses and sensitivities, or complete betrayal of your trust and abuse of your goodwill.

We’re all vulnerable to being hurt by those closest to us, and I’m no exception.

Over the years, I’ve made friends with several people who turned out to be destructive to my well-being.

Some had spoken words to me that cut like blades. Others had coldly accused me of things I wouldn’t even dream of doing, just to save their own hide.

But despite the pain and anguish those experiences put me through, they were telling moments in my life because they forced me to rethink my understanding of the true meaning of friendship.

We often befriend someone because we see commonalities in them. They have shared interests, a common background, or a similar sense of humor. But while all those things are important, they’re not enough to build a deep-rooted, long-lasting friendship on, at least not by themselves.

I had lots in common with my friends, and they always cracked me up, so why did they end up hurting me? Something was obviously missing, and after some deep reflection, I found out what it was.

For a true friendship to form, it has to be mutually built on the essentials—strong pillars that burrow deep beyond the superficial stuff.

Here are the six signs you have a strong friendship that will stand the test of time.

1. You stick with each other through the highs and lows.

You don’t desert each other when things get tough or suspiciously start spending less time together after a promotion at work.

Your relationship doesn’t fluctuate based on each other’s bank balance, the kind of people you hang out with, or any other trivial variables.

Your connection to one another stems from one creed—you are friends because you want to be.

2. You keep each other in the loop.

You have trust and confidence in each other, and you’ll come to each other directly if any problems arise between you instead of talking behind each other’s backs about it.

You try your best to avoid getting a third party involved if you do have problems because you cherish how your friendship is like a coin—it’s two-sided and in no need of a third to be complete.

You’re close enough to confide your problems in each other and come to a sensible solution between yourselves.

By doing this, you both show that you are actively eradicating any potential threats to your friendship’s survival and that you genuinely care about preserving it.

3. You view each other through a positive lens.

You both realize that you’re human and make mistakes, so you give each other the benefit of the doubt.

You forgive and pardon the petty stuff and don’t reignite the flames of bad memories.

One day, my friend came over with a gift to encourage me in my studies.

Now, I’m kind of quirky. I only do well in my studies if I stay focused through my own motivations, and I see outside encouragement as a distraction.

I know my friend meant well, but at that moment, I rejected his gift with some snappy comment without explaining my position. I regretted it almost instantly.

Thankfully, he gave me the benefit of the doubt and hasn’t mentioned that little blooper to this day. (Let’s hope he doesn’t mention it anytime in the near future!) Now that’s a true friend.

4. You respect each other’s boundaries.

You both acknowledge that you come from different backgrounds and have different upbringings, so you understand that differences of opinion are inevitable.

You also handle those differences of opinion and other sensitivities tastefully and respectfully.

You don’t impose your mindsets on each other, take a swipe at each other’s opinions, or become irritated if you differ on something because you both know that respecting and being respected are critical factors in maintaining a good friendship.

You also value and treat each other as people with freedom of choice and don’t expect each other to bend out of character to entertain quirks and caprices.

You don’t always have a hey-it’s-all-good attitude. You won’t hesitate to advise each other about a particular shortcoming because you deeply care for one another and don’t want to see each other hurt.

Oscar Wilde once said, ”True friends stab you in the front,” and how true that was for me a few years back when I was developing a strong friendship with someone from a different culture.

We were watching a bunch of boisterous kids wrestling, and I jokingly said, “They’re like animals!”

I didn’t think much of it, but he immediately brought to my attention that saying something like that in his culture is very offensive and that it’s like belittling the children and their parents to a sub-human level.

I really appreciated his sincere concern for me because if he hadn’t corrected my mistake there and then, I probably would have hurt someone with my goofy jokes!

You are both perfectly aware that envy is a massive threat to your friendship and that it can wreak unpredictable havoc because it’s like a festering pot itching to erupt and spew out its nasty contents.

So you are genuinely happy for each other’s success and aren’t consumed by jealousy when one surpasses the other in any way, like with career, money, or popularity.

When one of you comes to know of the other’s success, you react positively with hand-on-heart sincerity instead of continuously repeating the phrase, “It should have been me.”

You are like one mind, and you see each other’s success as your success.

Build Your Pillars of Deep-Rooted Friendship

Friendship is truly an invaluable treasure, but only if it’s built on the right pillars. Otherwise, you risk your friends disappointing you when you most need them.

If you’re looking to deepen and cement your friendship with someone, use these six pillars as your guidelines. Make sure they’re concretely intact, both on your side and theirs, and you’ll begin to relish the sweet fruits of true friendship.

Or perhaps past friends have put you through painful experiences, and, like me, you don’t want to repeat that mistake.

So put on your discernment hat and use these six pillars as your screening device. If you see someone constantly doing the opposite of these pillars, they’ll probably hurt you sooner or later.

So spare yourself the headache of being betrayed by someone you held close, and enjoy the value of true friendship instead.

Faheem Omar helps socially insecure people crush their fears of interacting with the world and take control of their lives. Check out his free report: 40 Clever Responses To Escape These 5 Awkward Questions.

The Signs of a Strong Friendship (and an Unhealthy One)