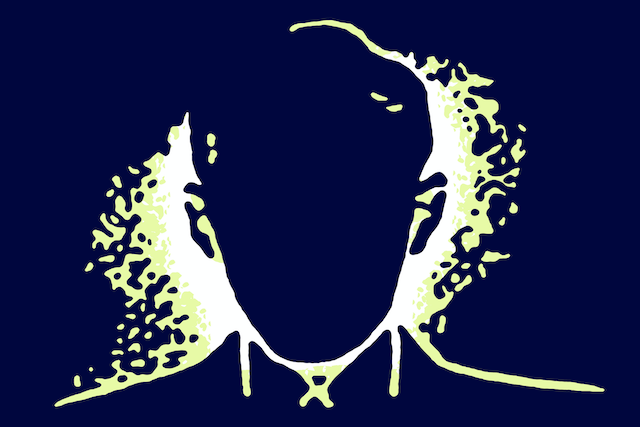 I stood in front of my father, man to man, and demanded an apology. His long absence and lack of interest during my formative years had burned within me a resentment that wouldn’t quit. My therapist suggested that I confront him as one adult to another, so there I was.

It didn’t go well. The more I pointed out his failures, the more defensive he got. The more I demanded an apology, the more he justified his actions. In his mind, he wasn’t to blame for the fact that I spent much of my childhood longing for the particular kind of bonding that only a loving father can provide.

“It’s a simple apology!” I finally screamed. “That’s it. That is all I want. You weren’t around and you damn well should have been. I needed you. It’s not rocket science. Children need their parents. But you didn’t care about me, did you?”

“Well, you are only alienating me further by the way you’re acting now,” he replied, offended.

Maddening. I left that encounter with a splitting headache that lasted three days. What gives? How could he be so narcissistic? I returned to my therapist, Jake, to discuss the incident.

“You confronted your father and really pushed him. I guess you needed to do that,” Jake said with a tone of respect. “Now, perhaps you can approach him in a different way, coming from a different place.”

I agreed that Jake must be right, although it would be three years before I understood what that new approach might be. I knew I needed to forgive him, so I just kept trying. All of the prayers, affirmations, visualizations, and other work must have been helping, but I never experienced the true letting go of resentment that comes with actual forgiveness. It didn’t feel like a choice.

The answer came from a client. She had come to me for help in dealing with her son and happened to tell me about an encounter she once had with a Buddhist monk. After angrily relating the sad tale of her childhood and the awful parenting she experienced, the monk simply stated the following:

You are the wrongdoer now.

I had never considered my father from the perspective that I might be in the wrong somehow.

I was working like mad trying to forgive him, hoping to alleviate my anger, but I didn’t realize that the anger itself, at this point in my life, was a wrong that I was perpetrating. It dawned on me a little more each day.

My father was a person who was living in the shadow of my resentment, day in and day out. What is it like to have an unforgiving son? How well can anyone get along with people whose sole purpose is to take them down? A mental floodgate had opened and energy was flowing in a totally new direction.

The next visit with my father was different.

My sincere plea was, “I came to apologize to you, Dad, for resenting you. I know it’s affected our relationship. I’ve been hateful to you for not being available when I was young. I really needed you then, but showing up screaming at you and demanding apologies isn’t exactly helpful. I understand that now and hope you can forgive me for mistreating you for so many years.”

I’d like to tell you here that my dad broke down in tears, took responsibility for everything, begged my forgiveness, and became my best friend from that moment on, but that would be a lie. He merely asked, “Why don’t we just drop the whole thing and move on?”

“Agreed,” I replied. Then, we watched whatever ballgame was on the television. My dad was indeed emotionally unavailable. He didn’t connect well with other people, including all of his children, and he was unhappy for his lack of caring. His favorite pastime was to be left alone and without obligation.

I, on the other hand, was finally free. No more resentment burning up my days and nights. No more feeling like a victim of child neglect. No more anger for being born. I could see my father now, not from the perspective of a child with unmet needs, but as an adult capable of understanding that people aren’t always what you need them to be.

With all of the ups and downs, emotional setbacks and struggles in my relating to my dad, this perspective has been the most valuable of all.

There are those who have suggested that I could have never asked his forgiveness or let go of the anger if I had not first confronted him and “gotten it off my chest.” This may be true. I’ll never know because that is what I did and I can’t return to do it over any other way.

I’m not so concerned about it. I’m not trying to write a forgiveness protocol. Everyone is faced with unique circumstances that deserve to be considered as such.

What does all this say about forgiveness? To me it is simple. When you can’t forgive another person, stop and consider what you’ve done that needs forgiving. Turn forgiveness inside out.

Mike Bundrant is co-author of The AHA Solution: An End to Self-Sabotage. To watch a free, 20-minute webinar on psychological attachments and how to end self-sabotage in your life, click here.