A Scientific Perspective on Happiness: Rules in Your Head
By Warren Davies 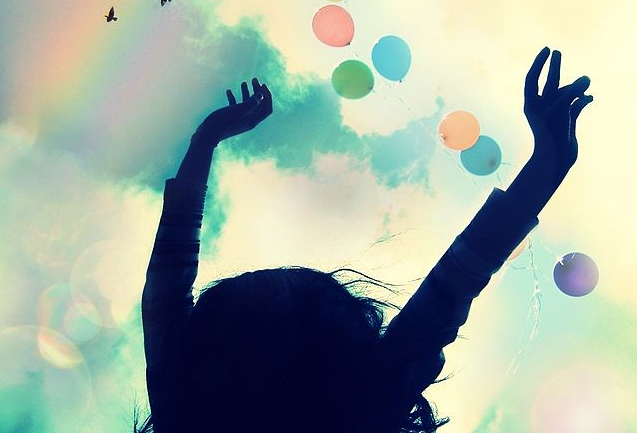 “Happiness mainly comes from our own attitude, rather than from external factors.” -Dalai Lama

I’m now convinced that the above quote is true. Let me explain why.

When I was studying for my psychology degree, I came across an interesting module called positive psychology.

It’s a section of the field that looks at the positive side of life, including a scientific study of what makes people happy. So potentially, it would put concerns I already had about pop-psychology, self-help, and spirituality to the test. I immediately signed up.

The idea that happiness comes from our attitude is a popular one. You want it to be true. It would mean that you have more control over your happiness, validate suspicions of your own responsibility toward your emotional state, and highlight the futility of chasing money, careers, and material goods.

Or it would for me, anyway.

So it’s quite gratifying that the science backs up the Dalai Lama’s point here, for the most part.

Studies suggest that only 10 percent of our happiness comes from external factors. The rest of the happiness pie is made up of our genetics and our “intentional activities”—the thoughts and behaviors that we do deliberately, which includes our attitude.

It really fascinated me that, to give one example of a study in this area, people became gradually happier and happier over a six-month period simply by writing down three good things that happened at the end of each day, and why they happened.

This simple shift of focus toward what we are grateful for takes less than a minute to do, but over time builds up to a large effect on happiness.

But it was a different finding that really made me believe that happiness comes mainly through our own choices of thoughts and behavior.

I always noticed I was happiest when I had just got something done. You know, finished a project, completed a blog post, got back from the gym. These are external factors, I thought; I’m achieving things in the outside world. And I read studies showing that people who moved toward their goals became happier.

But then I realized: whose goals are they? They’re mine. I imagine that if I took some random person off the street and forced them to write a blog post for me they wouldn’t become happier (ignoring the fact that they’d just been kidnapped and forced to blog, of course).

The happiness I get from achievement is simply the fulfillment of a rule I made in my head. I’m attaching my own meaning and values to an external situation: if I complete the blog post, I’m happier; if I don’t, I’m not.

Of course, there are exceptions to every rule. For example if you’re living in abject poverty, more money is going to make you happy whether you’re striving for it or not; it will bring you more safety, shelter, better nutrition, etc. But for the most part, it’s our intentional thoughts and activities that are making the difference.

Personally, I think it’s a million times better to choose your own rules, rather than have them handed to you by your boss, your favorite TV show, or your idols.

But even if you live the most self-directed life, these are still rules in your own head.

Once you know this, life gets a little bit easier to understand.

Warren Davies has studied psychology and positive psychology at the University of East London, focusing on the factors that affect well-being. He presently works at Mindlab, who provide mindfulness training to organisations, and his personal blog is at GenerallyThinking.com.