A Simple Way to Light Up Your Life with Meaning, Love, and Joy
By Joel Almeida 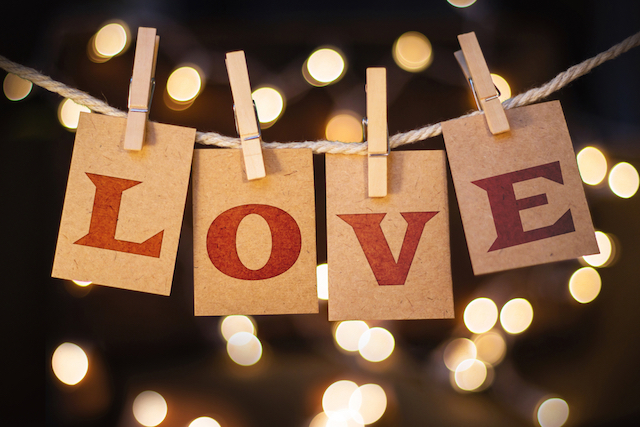 “Love is the ultimate and the highest goal to which man can aspire.” ~Viktor Frankl

Picture this: it was 3am but I couldn’t fall asleep. I had little to complain about, except a feeling that life seemed to be passing me by.

My father had died abruptly some years earlier, my mother had come through a major operation, our children were growing increasingly independent, and our marriage was strong.

Work was admittedly a bit stressful, and colleagues were less helpful than they might have been. But I ate a healthy diet, exercised, maintained a reasonable work-life balance, and did most of the “right” things. Still, despite my healthy habits, something was lacking.

Fast forward to Boxing Day 2004: TV channels were full of the Indian Ocean tsunami. Something told me, as a doctor and scientist, to drop whatever I was doing and fly to Tamil Nadu in India. I arrived in Nagapattinam town to find large fishing boats lying in the middle of the street.

The tsunami waves had flung huge boats around as if they were small toys. Entire fishing villages had completely vanished. The lightly constructed mud and leaf homes had been washed away as if they were matchboxes.

Now thousands of homeless people were crowded into school buildings and makeshift tent villages. Many had no access to proper sanitation or drinking water. People who had lost loved ones were walking around in a daze.

People crowded around me with tragic stories.

One woman described how she lost both her children, and how she couldn’t have more, because she’d undergone a family planning operation. Another described how her infant had been passed from hand to hand as people ran from the waves. Her infant survived, but her toddler had been swallowed by the huge waves.

I was not there when the tsunami struck, but I could easily have been lazing on that beach. I remember thinking how fragile life is. Even without a natural disaster, you or I could be in a fatal traffic accident today or tomorrow.

Over the next fortnight I experienced involuntary fasts between huge vegetarian meals, over-work, exhaustion, mild diarrhoea, and dehydration, but this fortnight transformed me.

Thousands of volunteers of all ages and backgrounds had converged on the tsunami-hit area. People in Muslim skull caps rubbed shoulders with Hindu monks in saffron robes and international volunteers.

Everyone was pulling together, helping the local government officials. It was as if each of us was playing our own instrument in a symphony.

We were like an army of love, driven to make a difference.

My role was to set up a disease surveillance system and train local staff to operate it.

Would there be outbreaks of disease in the relief camps? Would bereaved people succumb to disease? Would our surveillance system catch outbreaks in time to prevent epidemics?

Nothing was certain, but we powered ahead. I felt calm yet energised, carried along by the warmth of newly made friends. There was no opportunity to maintain my healthy habits, but I felt more alive than ever.

I felt carried along on a wave of love as we all pulled together in our common cause. Every little chore became lit up by purpose and meaning. That’s when I realized the wisdom of the saying: Stop asking what life can give you, start asking what you can give life.

When life feels like a meaningless treadmill, you might lie awake at 3am and ponder the emptiness of it all. However, within you is a tiger that is merely sleeping, waiting to be unleashed in the pursuit of one or more great causes.

I now still maintain healthy habits. But those worthwhile rituals are not sufficient to infuse life with meaning and passion. More is needed.

Imagine flowing through life in the company of friends, all attracted by a shared vision of a better world, infused with love for others, pulling together to make a positive vision come true.

Start giving and contributing of your best self, for the sheer joy of giving. That’s how you can become a calm achiever, tolerant of uncertainty, energized by meaning.

It will seep into all areas of your life and make you more self-assured, more fired up, more attractive. Think of it as a channel for the great love which is within you.

If you get paid for doing what you would choose to do anyhow, celebrate! If not, can you find some parts of your job that you would do even without pay, some angle perhaps that transforms life for others?

If not, there’s still plenty of opportunity.

You could identify a cause that you passionately believe in. You could take the first step by joining a local group or starting one. Look online, or in your local paper, for groups that meet near you; and start making a little time each week, or month, to nourish this heroic, passionate part of you.

You could also write to your elected representatives to urge support for your cherished causes. Your taxes are spent on a variety of things that aren’t always dear to you. Influencing how public funds are spent can bring powerful support for causes you believe in.

So, how well did our surveillance system work? Not a single life was lost to infectious diseases in the weeks following the tsunami.

The whole experience felt like the sun of meaning breaking through the clouds of habit in my life. Now when I die, I would like my life to be measured by how much love I expressed through my life.

Focus on contributing and transforming the lives of others, and your own life will light up with meaning, love, and joy. You’ll become a calmer achiever, better able to bear the stresses, difficulties, and setbacks that life often brings.

How 5 Simple Habits Made Me Love My Life More

Why Joy Is Important for Healing Developmental Trauma