Are You Settling for Less Than You Deserve in Your Relationship?
By Patricia Thompson 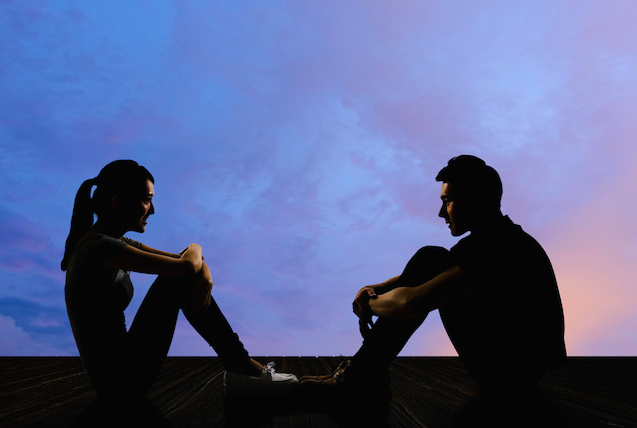 “When one door closes, another opens; but we often look so long and so regretfully upon the closed door that we do not see the one which has opened for us.” ~Alexander Graham Bell

It was around six years ago that I faced the moment of truth. I was sitting on my meditation pillow, having spent the last few moments in deep contemplation about my current state of affairs. I was satisfied with practically every area of my life except for the one that meant the most to me—my love life.

About five months prior, my relationship with my boyfriend of almost four years (who I had been certain was “the one”) had ended. Why? Well, let’s just say that we discovered that we wanted different things at the moment. I wanted the walk down the aisle and white picket fence, while he wanted to continue life as a single person (and all that entailed, to put it as delicately as I can).

Actually, to say the relationship had ended isn’t exactly true. Although we had supposedly “broken up,” we were still in contact with one another. Quite a bit.

In my desire to be a mature, spiritual, well-adjusted woman, I had decided that maintaining a friendship was the “adult” thing to do. After all, it’s not like I hated the guy—at some point I had actually thought he was “the one.” Why couldn’t we be friends?

That five-month “friendship” actually turned into five months of emotional turmoil for me, since the “benefits” weren’t as beneficial as I’d hoped they’d be.

Still, during this “friendship” period, I couldn’t help but to have the feeling in the pit of my stomach that while he was having his cake and eating it too, I was left with crumbs. (And I’m gluten-sensitive, so cake crumbs are totally not good for me).

I was taking what I could get because I didn’t know whether I would find another relationship again.

Finally, that day on my meditation pillow, after months of tears, self-reflection, and praying for my ideal relationship, I had a huge “aha” moment.

There I was, hoping for the relationship of my dreams, yet at the same time, I was keeping myself anchored to the past. How could I possibly get myself in the mindset of meeting someone new who shared my life goals, when I was spending far too much energy clinging to something that was simply not what I wanted?

So, I listened to my gut and cut it off.

I told him that while he would always hold a special place in my heart, I had to let him go fully.

I told him I wasn’t sure if it would be forever, but I knew that the current state of affairs just wasn’t healthy for me.

I told him I needed to clear my head entirely so I could understand why I wasn’t moving on like I knew I should.

I told him I was going to make space for what I really wanted in my life.

I was taking a stand for myself, knowing I deserved more.

And thirty-three days later, I connected with my now-husband. (But even if I hadn’t, I know I would be just fine).

If you’ve ever been in a committed relationship, you know that it can sometimes feel like a pretty courageous act. Think about it—you make yourself vulnerable to another person by putting your trust in him or her. You open yourself up by sharing your hopes, dreams, and worries. And, you do all of this without any sort of guarantee that things will work out in the long run.

When a relationship just isn’t working out, the thought of letting go of the known yet unsatisfying can feel pretty daunting. But, if like me, you are clinging to something that you know is less than you deserve, I encourage you to draw on that sense of courage to make some changes.

Whether it’s having the confidence to ask for what you really want, engaging in the character-building work of improving your relationship, or moving on, take a stand for yourself, knowing that you are worthy of happiness and getting exactly what you want.

Take it from me, being courageous during these moment-of-truth decision points can make all the difference in your quality of life.

As Zig Ziglar said, “When the wrong people leave your life the right things start to happen.” Are there any wrong people in your life you need to clear out?