Beat Procrastination: How to Want to Tackle Your To-Do List
By Kate Britt 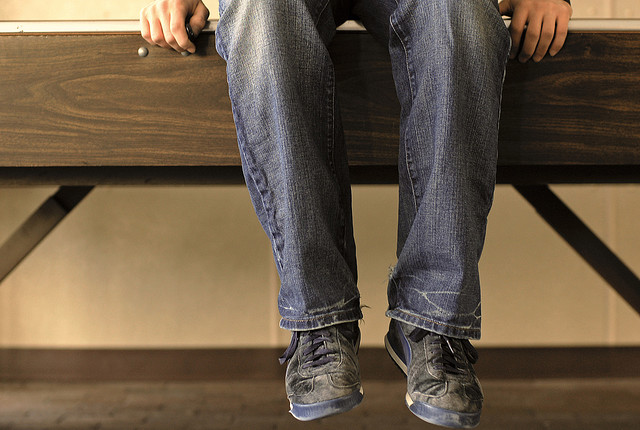 Why the sudden change? How did I do it?

Like many people, I make lists, including to-do lists, reminders, shopping lists, wish lists, and my what-to-do-when-bored list. I completely rely on my lists to keep my life moving along.

My Dad purposefully decided not to make lists. He believed he could maintain his memory better if he didn’t rely on them. Could be true, because he always had a good memory.

Not me, however. I do seem to need lists to remind me about important to-do things. When I write something on a to-do list, I can get it off my mind for now, knowing I’ll have that reminder. So why not just do that important thing now instead of writing it down? Well, sometimes that’s not practical or possible.

But sometimes it is. Sometimes writing a to-do item on a list can actually be an act of procrastination.

Apparently lists and procrastination go hand in hand for some of us. My reason for making lists is to ensure that things get done, yet writing something on a list can also make it easier for me to procrastinate doing it. Once the to-do item is on a list, it’s off my mind—so it might never get done.

There’s something wrong with that picture. Making lists to remember to do things, and then avoiding those lists because of a procrastination problem? A deadly combo in terms of productivity!

The Insight That Motivated Me to Change

Back to why I went cold turkey about 10 years ago. I had begun to notice that after I accomplished one or two list items, my mood lifted. I felt better about myself and about everything else. Even about the remaining items on my lists.

I had also begun to notice that whenever I was avoiding my to-do lists (procrastination), I became grumpy, moody, and felt a bit down.

That insight finally motivated me to tackle my procrastination habit.

Being on the wagon is healthier and definitely feels better. Life goes more smoothly for both me and the people around me. I meet my obligations, both to myself and to others.

I used to think that getting rid of my procrastination habit just meant facing up to the many tedious or annoying tasks I had been putting off. Sure, life is obviously more pleasant if we can avoid doing those things. “Why do today what we can put off until tomorrow?” Or so we think.

But a procrastination habit can also make us put off doing more pleasant projects. “I’d rather be doing this [fun thing], but I don’t have time; there are more important things I have to do.” Sound familiar?

When did fun stuff get demoted from being valid to-do list items?

We talk about our “bucket lists”—things to do before we die. But why do we have to think about dying before we allow ourselves to put those enjoyable items on a to-do list?

Many of us have somehow come to believe that the pleasant to-do’s aren’t as important as those “should” items—the things expected of us. Well, if those items are so important, how do we get away with procrastinating them for days, weeks at a time?

Yet we do get away with it! Maybe not without some personal emotional fallout, but often without anybody else noticing or caring.

So maybe some of those things are not as important as we’ve been imagining, at least not immediately important enough to bump those more enjoyable tasks right off the list.

The Key: How I Defeated My Procrastination

I no longer put only tedious chores on my to-do lists. I also add pleasant, want-to-do items. Things like a specific craft or art project I’d like to start, a catch-up email to an old friend, an outing to the 218-flavor ice cream store, an afternoon of quiet reading.

My lists are no longer unpleasant or annoying. I don’t avoid them. That’s because my lists honor my obligations and also place value on my personal enjoyment.

Try it. Honor yourself and value your time enough to put want-to-do items on your daily to-do lists, among the shoulds.

After beginning that key practice, I began to experience a pleasant result. Whenever I can’t face doing one of the tedious tasks on my lists, I pick out a happy-making task and it still gets me back on the wagon. I’m not procrastinating! I’m still crossing a to-do item off a list. It still results in feeling better about myself and about the day!

Now I watch for the downward mood shift that tells me I’m avoiding something. Maybe I didn’t even realize I was avoiding something, but I notice I’m feeling grumpy. I check in to see if it’s because of procrastination.

Then I do at least two list items. It’s so much easier if at least one of those items is something pleasant I’ve been meaning to do for myself. Then, yeehaw, the day feels better. I feel good about myself again.

It happens whether I select a pleasant to-do item or one of the more tedious tasks.

It’s all about building a habit of not procrastinating.Listing pleasant to-do’s helps establish that habit. Doing one of them gets me through the delay barrier. I stay on the wagon.

How to Defeat Procrastination: Summary

2. Include happy-making items. Things you want to do “if only you had the time.”

If you’re having a day when #3 feels tough, focus on the inevitable after-effect—a mood shift for the better. Keep your heart on that goal. And just do it!

You know you’re going to feel good about yourself after you’ve done those two items today!

Important: Please don’t promise yourself the impossible—that you’ll get through all your list items each day. That’s too overwhelming and likely won’t be successful. A goal like that could take you right off the wagon again, back to your procrastination addiction. If that happens, do two list items and call me in the morning. ;).

What are you procrastinating today? What items are on your lists? What pleasant want-to-do’s will you add to your lists?

“Finish each day and be done with it. You have done what you could.” ~Emerson

Photo by the half-blood prince

How to Stop Procrastinating When Things Feel Hard or Scary

The Fascinating Reason We Sabotage Ourselves and Hold Ourselves Back