Blind with Full Sight: On Living in the Moment
By Kelly Nguyen 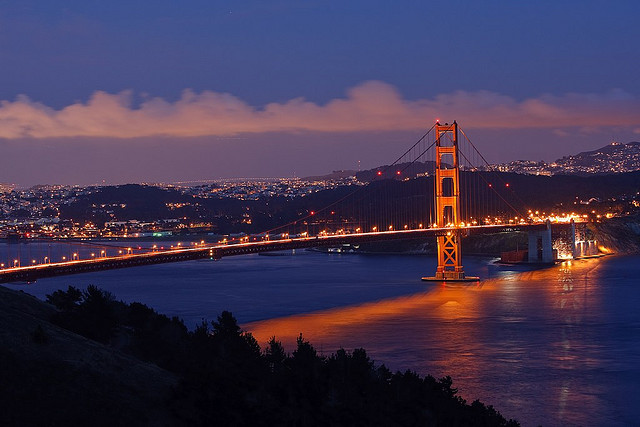 “Enjoy the little things, for one day you may look back and realize they were the big things.” ~Robert Brault

As a fairly recent grad student at the time, it was painful when I had to pay for things that were out of my control.

While in Tahoe one weekend, I found my parked car without a right side view mirror. Someone had knocked it off! It was an important mirror—the one that assisted you with seeing a reasonable amount of blind spots.

I knew it would be extra difficult for me to switch lanes and park my car without it. I was silently bummed out because it was costly to get it fixed and to be without the mirror.

But that mirror wasn’t what I needed to see blind spots. It was in the process of witnessing a blind man fully present in the moment that I was able to clearly see the wonders of life.

Scott is the name of a normal guy who just happened to be blind. He’s a jolly looking thirty-five-year old guy who likes to tell jokes. I couldn’t remember them because I’m just not good with remembering jokes, but I laughed when he told them.

When we talked in the car, he kept checking his phone, which bothered me. I like to have a person’s full attention when I’m with them. I learned that he was checking the scores for some game. I laughed after realizing that he was just like tons of guys I know.

Scott wanted to get into working for the court as a profession. His plan was to be the person who typed up what others said in court. But he ended up taking the wrong classes in school and became a paralegal.

As someone in the psychology profession, I think he believed in himself and knew he could do more than just taking notes.

Scott also loves to sing. I was quite impressed when he told me these guys in their fifties and sixties sought him out at the various karaoke bars to join their band.

It’s kind of funny. Scott’s only thirty-five and he sings oldies with these older guys. A part of me loves that era, and I took a liking to Scott just from hearing his stories.

Our mutual friend suggested we all walk on the Golden Gate Bridge. I wondered if it would be any fun for him since he’s blind. He couldn’t see anything, so what was the point? Well I was wrong. It mattered.

Scott pulled out his camera and started to videotape the bridge and the scenes around him. He had no idea of direction, but that didn’t stop him from recording his surroundings. He did a voiceover to explain what we were seeing—the location of Alcatraz and the tower of the bridge.

This man was able to experience every sensation that I sometimes take for granted.

He touched the little rivets on the tower of the bridge, which I didn’t even notice. He spoke about the ferocious San Francisco wind. He felt the vibration from the cars passing by while standing on the bridge.

I watched his face light up with joy while he was playing tour guide. I cried watching him. He didn’t know that I was crying, but I was touched by his passion for life. This blind man was able to feel more alive and in the moment than most people I know with perfect vision, including myself.

In watching him feel so deeply, I also experienced the rainbow of sensations and feelings. The broken side view mirror somehow didn’t bother me so much anymore. It was a good reminder of my blind spot. I was happy to fix it and even happier to see life from a different lens.

Now I try to integrate practices into my day that help me see things from that same perspective. If you’d like to do the same, I recommend you do the following:

1. Write down three things you are grateful for.

2. Write down three things that you feel happy about.

3. Share what you have written down for these with someone.

4. Give a compliment to a friend or stranger.

5. Notice how it feels inside after you have practiced the above items.

Kelly Nguyen is a Marriage and Family Therapist Registered Intern from San Francisco who specializes in working with cultural issues and working with loss. She holds a Master’s degree in Integral Counseling Psychology from the California Institute of Integral Studies. Visit her site at www.kellynguyentherapy.com.