Everyone Has Struggles, So Don’t Stigmatize Yourself
By Mosab Alkhteb 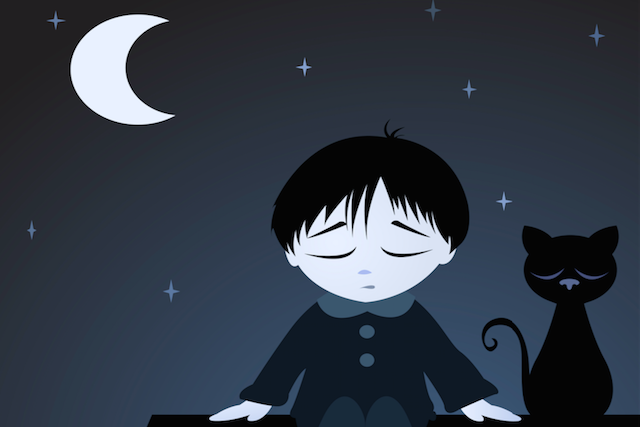 “Shame corrodes the very part of us that believes we are capable of change.” ~Brené Brown

From a psychological point of view, my childhood sucked.

I didn’t have many friends, I rarely left the house, I was terribly shy, and I used to get bullied a lot, both physically and mentally.

My teenage years weren’t any different. The psychological issues I had as a child amplified further and created more profound problems.

When I started college, I didn’t magically become more confident or develop high self-esteem. I was almost the same person.

Now, I proudly (and humbly) can say that I’ve gotten over most of my childhood and teenage problems, including the ones related to my social life.

But I’m not here to tell you how I did that. That would probably take a book. And trust me, it’s not as glorious as I wish it were.

Instead, I want to tell you about one factor that made all the difference during my journey of change and development.

One factor that made my journey tolerable at times. Without it, I would have given up.

When I was younger, I was shy, lonely, and depressed. My social skills were bad.

That, in and of itself, was hard enough.

Basically, I was witnessing my life falling apart in front of my eyes, socially and emotionally.

But do you know what was worse than seeing my life falling apart before my eyes?

It was feeling bad and ashamed of myself because my life was falling apart.

It was believing there must have been something wrong with me, and that was why I was suffering.

It was stigmatizing myself because of my problems.

I was developing harsh feelings of shame because I was shy, lonely, and depressed. And for a long time, I couldn’t ever feel good about who I was as a person.

In other words, I didn’t feel bad only because I wasn’t able to go out there and socialize. I also felt bad because I believed having these issues meant that I was worthless and inferior to other people. That I was unworthy of their attention or time.

When you stigmatize yourself, the feeling of shame very well may cripple you. You likely will not take action to solve your problems. You will think you are already a loser, so why bother?

Feelings of shame and stigma can never induce positive changes in your life. They will only induce fear, self-hatred, anxiety, and self-pity.

This was what I did for years and years. I solved nothing. I sat there pitying myself.

Am I Really Bad?

We all share the desire to connect with each other. Connection is essential for our well-being. No one can live alone; the “lone wolf persona” is just a myth.

And here’s where shame comes into play.

It’s when you feel that you are so flawed that you don’t deserve this connection. It’s when you believe you are too bad for anyone or anything.

It’s when you believe that, because you have certain problems or issues, you’ll never be as worthy as other people.

It’s when you stigmatize yourself because of your problems and issues.

It was only when I stopped doing this that I was able to get up and do something about my problems.

You know it’s hard when you work with someone who is judgmental about your every action. Someone who believes you are bad because you have issues. What if that person was yourself?

There’s a difference between guilt and shame. When you feel guilty, you’ll feel bad because of your actions, but you’ll likely do something to correct them. With shame, you’re more apt to do nothing but dwell in self-pity and self-destruction.

And in the case of stigmatizing yourself because of your problems, it’s shame and not guilt.

Own Your Problems, Flaws, and Mistakes

I remember one of the first times I started to adopt this mentality.

I was supposed to hold a microphone and talk in front of a lot of people. It wasn’t compulsory, but I was advised and expected to do it.

At that time, I was working on my self-confidence and my social skills.

But I chickened out. I escaped. I didn’t do it.

I remember sitting down to have a cup of coffee right afterward. My inner critic was torturing me. I felt like a fraud and a coward.

After all, I’d been working on my self-confidence, but I still couldn’t do it.

I started beating myself up. Feelings of shame started to develop. I started to hate myself because I couldn’t be as confident as I believed I should have been.

But then I stopped and noticed that I was stigmatizing myself because I’d chickened out and escaped. I was calling myself ugly names because I couldn’t overcome my low self-confidence.

So, I stopped. And I told myself something like, “Hey, you have issues. But we all have issues because that’s life—everyone suffers somehow. The people around you have issues as well. Uncontrollable childhood events can screw up anyone. Work on a solution and do your best to improve. Feeling bad and inferior because you have problems is worse than the actual issues themselves!”

And man, did that save my self-esteem from collapsing.

Don’t Stigmatize; Do This Instead

This concept isn’t only about social skills or self-esteem.

It’s about any kind of problem or issue you are facing.

In fact, it’s not about the actual problems or issues. It’s about every situation that makes you feel ashamed of yourself because you feel like you lack something or something is wrong with you.

This feeling, the feeling that “something is wrong with me because I have X or Y,” is worse than the actual issues (the X and the Y).

Whether it’s depression, anxiety, failure, rejection, financial problems, family problems, or any kind of such (usually personal) issues, the concept is the same. Don’t stigmatize yourself because of your problems. Just don’t. It’s destructive. And, from the deepest point in my heart, I know you don’t deserve to feel stigmatized. No one does.

Instead, recognize that it’s not shameful to struggle, and it is possible to improve if you’re willing to accept responsibility for learning and growing.

The younger me, who was very afraid then, realized that there was hope when I did that presentation (and a couple more public speeches after). I wouldn’t have made that presentation if I hadn’t held myself responsible for solving my problems. And I wouldn’t have held myself responsible for improving if I had stigmatized myself.

It’s much easier is to make progress once you accept that having problems doesn’t necessarily mean you are a bad person or that the situation is helpless.

This lesson is easy in theory, but it takes a large amount of self-awareness, self-care, and self-love to be applied. But once applied, it can move mountains. Mountains of emotional and psychological problems that were beating the hell out of you. Choose, right now, to do that for yourself when you need it the most, no matter how hard or uncomfortable it might be.