Constructive Criticism Is a Sign of Your Potential
By Olabode Anise 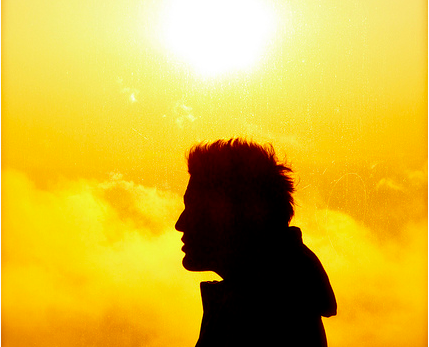 Like a lot of kids, I grew up watching sports. Every Sunday afternoon, our family would gather around the big screen TV to watch the Pittsburgh Steelers play.

As a result, I began to idolize some of my favorite players and wanted to play the sport that brought them such fame, but little did I know that the coaching would be so brutal.

In middle school, I went out for the football team wanting to earn the privilege of wearing the glorious hoodies that only the athletes were allowed to wear. I was fortunate to be among the ones who would survive tryouts, and was even given the opportunity to start at strong-safety and tight end.

Being a seventh grader starting at two positions would mean my coach would also have the opportunity to “coach me up” on both sides of the field.

The week before the first game, the head coach just kept barking at me. Either my routes weren’t crisp enough, I didn’t hold my block long enough, or should have recognized the situation faster to make a better defensive play.

No matter what I was doing, it just wasn’t enough to meet his high standards.

I may never in the rest of my entire life amass as many pushups as I had to do that week,

Moreover, I remember walking to the car with my head hanging, as if it weighed as much as a ton of bricks, and my dad asking what was wrong.

I vented about how my coach was riding me more than the other players and that it was messing with my confidence. My dad began to tell me that it was a good thing that he was coaching me so hard.

He said, “When people stop giving you constructive criticism, they have most likely given up on you.”

I took my dad’s words of wisdom and went into the next practices assured that my coach was merely trying to make me the best player possible, because I had the potential to do better than what I was currently doing.

Receiving criticism is one of the hardest things to do. You are constantly considering if the person who uttered the words is trying to help you or if he or she is merely trying to put you down.

It is also so easy to internalize everything someone tells you, and that is perhaps the biggest mistake that could be made.

At that point, what someone has said is holding more weight than what you believe about yourself. No one’s words should ever be so powerful that you begin to doubt who you believe you are as a person.

As an eighteen-year old, I’m quite sensitive to the critiques I receive about any part of my life. A lot of the time, I feel like I just know better and that I can handle myself; moreover, if I needed help, I would ask for it.

It also doesn’t help that there are many immature people who are always offering their two cents.

However, I’ve realized that you begin to receive more criticism when you are active. It is equivalent to how we treat celebrities and athletes. Every move they make is critiqued regardless if it is good or bad.

If you are to make an impact, you are going to have those who will be critical of the decisions that you make.

Not many people care about the actions of those who aren’t making meaningful moves; so, the question is: You would rather receive no criticism, because there isn’t anyone who cares, or be someone who is actually doing something people care to comment on?

Theodore Roosevelt once said, “It is not the critic who counts; not the man who points out how the strong man stumbles, or where the doer of deeds could have done them better.

The credit belongs to the man who is actually in the arena, whose face is marred by dust and sweat and blood, who strives valiantly; who errs and comes short again and again; because there is not effort without error and shortcomings; but who does actually strive to do the deed; who knows the great enthusiasm, the great devotion, who spends himself in a worthy cause, who at the best knows in the end the triumph of high achievement and who at the worst, if he fails, at least he fails while daring greatly.”

I don’t think it could be uttered more eloquently than our 26th president did.

The act of trying is sometimes so undervalued in a society that is based on results. Everyone thinks they should add their judgments if the expected result isn’t produced.

Some don’t believe they should even try, if they don’t think they’re guaranteed to succeed, and they may have to deal with critical comments.

But I would like to offer my rebuttal that no one was ever great without receiving judgments and criticism—and if we choose to, we can see those words a compliment.

If people are talking about you, odds are you’re doing something right.