Controlling Your Inner Control Freak: The Art of Inefficiency
By Kate Britt 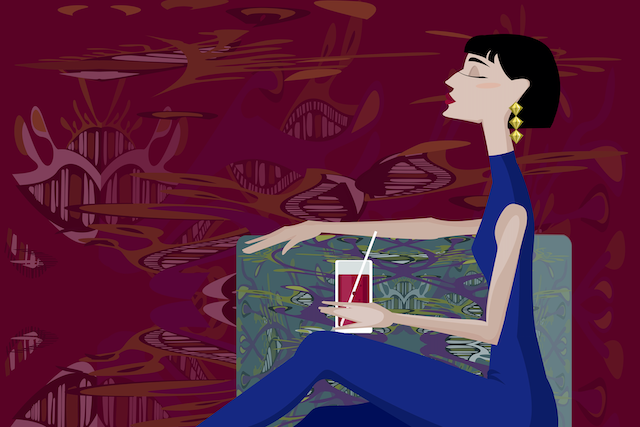 “Being right is highly overrated. Even a stopped clock is right twice a day.” ~Unknown

I’ve always been a control freak. But I’ve learned to control it!

I was born with the ability to quickly envision the most efficient way through a task, activity, project, problem, puzzle, or challenge. This has made me useful to many people, especially in my workplaces.

But it can make people crazy, too. Especially when I’ve expected others to buy into the approach I knew would work best, fastest, most efficiently.

My partner sometimes reminds me, “It doesn’t always have to be about being efficient!”

I was never good at delegating. I’d rather get the job done right. If I delegate a task to somebody else, it won’t be done the “best” way, will it! I’ll probably end up re-doing it anyway, right?

I have always strived for perfection. “Anything worth doing is worth doing right.” That phrase was nurtured into me as a child. It’s a good philosophy, but sometimes I’ve taken it too far.

Yes, it has affected relationships. Debating about my partner’s housekeeping style. Often being bossy. Being controlling. Wanting things my own way. Commenting about how others were doing things. “Hey, I know a way that would work better…” Sigh.

I always thought I was being helpful!

It turns out I really wasn’t, not always, not for some people. I finally began to understand that some people found my controlling persona annoying.

I came to realize that everybody has their own “best way” of doing things.

This was a key discovery in my path to letting go of my Control Freak—finally hearing that my ways were often not the most enjoyable ways for other people. Perhaps my way was very efficient, but not necessarily ideal. For them.

How I Let Go of Little Miss Perfect

At the end of my first marriage, I reluctantly had to acknowledge that my “I know the best way” attitude had probably contributed to its demise. I began a personal challenge to unlearn that old behavior.

I found a new thing to be perfect about—being perfectly imperfect.

First, I lovingly acknowledged my Control Freak persona for all the good she’d been to me and for me. Then I accepted that she was officially in my past. I finally let her go.

Honestly, that was a moment of great relief.

I used to be all about “my way or the highway,” and now I’m more like, “My highway has all sorts of new twists and turns to explore.”

I began to enjoy being a passenger when the person driving went the long way to our destination because they didn’t pre-plan the route. Alternate routes can be delightful. Literally, and also figuratively.

I began to “let” other people do things their way—and to observe and learn, while staying silent about the “better” way they might be doing it. (Laughing at myself here about saying “let” and “better”—the control-freak phrases still lurk within!)

Yes, I still often envision a “better” way, but I began to appreciate alternate ways just as much.

I became open to hearing about and trying other people’s way of doing things. Now I stop and listen, rather than jumping right in with my solution.

Housecleaning is now entirely my partner’s task. I’ve learned to patiently await his next cleaning day, even when the cute little dust-bunnies jump out from the corners to mock my lack of caring about their presence. I used to remind him, but I let go of doing that, too. When to clean house is entirely his decision, not mine. I can co-exist with an occasional unmade bed. I can even stand putting away inside-out socks and t-shirts after laundering!

It’s amazing the things we can discover when we’re not trying to go from A to B in the most efficient or direct way.

I’m getting good at hearing Little Miss Perfect when she tries to take over my thoughts. I can now laugh at myself and move on, without meeting her demands. She is no longer in control, that well-intentioned control freak.

To be honest, for me this is not necessarily a more relaxing way of life—yet—but it’s certainly better for relationships and for going with the flow.

Some days I actually focus on not doing things efficiently.

This is a good retirement attitude, and these days I’m all about learning how to be retired. The good news is, I don’t need to do that “right” either. Instead, I read and listen to what other people say about being retired, and I give their ways a try. It’s working out great!

My partner says, “Everything I need to know about retirement, I’m learning from my cat.” I like this feline way. No controlling. No efficiencies. Just relaxed enjoyment.

But I still get to have control over some things.

I’ll admit it. There are still times when I crave that I’m-in-control feeling. I’ve reframed that craving. I’ve decided that, for me, it’s really a craving for getting something done.

A craving for control is actually a craving for that feeling of accomplishment we all get when we complete something and/or do something well.

When that craving arises, I put myself to work on a current art project or go out for an invigorating walk. Or I tackle a few items on my to-do list. That list is special because I’m the only person in control of whether or not (and how) those things get done.

And yet, it feels so good to cross something off the list. Job accomplished. In exactly the way I wanted it done.

A pleasant side-effect of satisfying my control cravings in this way is that I don’t procrastinate any more. I take control over my avoidance and tackle my lists.

So, in fact, it’s still okay to control whatever I want to control, as long as it’s about me and my own activities. My control freak no longer negatively impacts anybody else. It’s win-win.

Things I’ve learned on my path to No More Little Miss Perfect:

1. Listen to what people think and say. Their ideas are just as important as mine, if not more important.

3. Be completely open to alternative ways of doing things. There’s always something new to learn.

4. It’s absolutely okay to not be a perfectionist. In practice, perfection isn’t all it’s cracked up to be. Not if I care about my relationships.

5. Expecting perfection in others is a good way to lose friends and alienate colleagues.

6. “It doesn’t always have to be efficient.”

7. Purposefully seeking out an approach that I wouldn’t normally think of can lead to adventures and discoveries and playful enjoyment.

8. Just for a change, plan to not make a plan. Just forge ahead and see how it goes.

9. Listen first. Think. Listen more. Only after that, it’s okay to speak my mind or give my opinion.

10. Sometimes my way is a good way. But other people can decide that on their own, without my help. It’s okay to present my ideas; it’s not okay to be forceful or insistent about them.

11. I don’t have to be in charge of getting things done. I can gracefully accept when others step up to take charge. In fact, I enjoy encouraging them forward.

12. I will absolutely learn something new when I observe how others do things. I enjoy following their path as a change from my own.

15. Working with others is so much more interesting than working to control them.

17. Relinquishing control is as rewarding and as powerful as taking control.

18. Cats have all the answers.

What have you learned about giving up control?