Dealing with “Haters”: How to Rise Above the Negative
By Jenee Fernandes 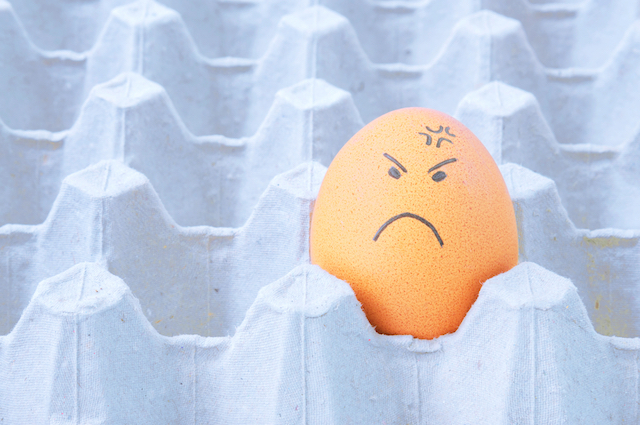 “The final proof of greatness lies in being about to endure criticism without resentment.” ~Elbert Hubbard

A splash of tequila to the unsuspecting open eyes is a brutal way to learn that someone has a problem with you.

My brother’s girlfriend was drunk at the time, and laughing so hard at the sting of my agony that she had a bathroom accident. I hadn’t provoked her in any way. It was just one of those things that make you wonder.

Later I would come to find out how much she secretly detested my academic success.

I didn’t understand it at first. I thought she loved me as if I were her younger sister. It eventually was revealed that she was one of those people who smiled to your face and talked badly about you to other people. Especially when you were in a place to shine.

That was the first time I realized that no matter what I did, there would people in this world who would seethe on the inside, just because I was who I was.

Does any of this sound familiar?

So, you’ve managed to kick start the old social dynamics domino effect of your success. The people who love you will support you and sing your praises. They will defend you in the sight of defamation, be there to toast your victories, and wipe your tears during your defeats.

Our society calls them “haters.” Labeling these individuals as one-dimensional blots of hatred isn’t really the answer. Many of them have problems and are lost and misguided.

And some of them may even be good people who just happen to be succumbing to the twinge of the ego.

Here is where some of you are probably thinking, “that’s not my problem.”

My answer to this is simple. It will be your problem if you let it be. And for many years, I let it be my problem. The tequila thrower wasn’t the only instance, and I burdened myself with what I did to deserve such negative feedback.

Why didn’t these people like me? What could I do to stop them from “hating” on me? It took me years of inner spiritual exploration to discover one important fact:

If you zero in on the negativity of these people when they are in the throes of their negative spin, you will be anchoring yourself to their personal baggage and participating in their internal struggle.

In essence, you will be making their problem, your problem.

But to rise above the darkness is a little tough. Many times, it will seem that these people will do anything and everything to make you feel bad about yourself. In fact, you have to be a pretty secure person to be able to withstand any onslaught that is less than warm and fuzzy.

So how does one move forward in the face of ugliness?

For me it took a flip of perspective. I had to toughen up and see that people who throw tequila in your face when you’ve done nothing wrong are a part of our life’s transformative process.

1. Negative people will make you grow.

How many times have you cried yourself to sleep because of something one of these people said or did? How many times after did you pick yourself up and vow to get better, stronger, and less accessible to emotional pain by the hands of others? Whenever a “hater” becomes active in the energy of their negativity toward you, this becomes your time for growth.

You may fall down crying again or get angry. But you will often find a way to get better and grow beyond their criticism just to make certain that there is no validity in their claims.

Envy is a special kind of cruelty serum. When a person becomes envious of another, it is always because they have admired a beloved trait in that person. Unfortunately, when they turn their focus inward in hopes of replicating your desirable characteristic, they find lack in their own lives.

It can be a pretty hard thing to want something that others have and believe that there is little chance that you can create this experience in your own reality. Instead of bringing out the best in themselves, they will often fixate on the object that reflects their inadequacies.

3. They are your success indicators.

If you’ve attracted the attention of people who take pleasure in criticizing your every move, chances are that you are a shining star and the world has started to take notice. People who have it in them to try to knock you off your high horse are telling you something on the soul level.

What are they saying?

“You are a trendsetter, a trailblazer, a person who leads and conquers. And since you’ve decided to make a name for yourself and step up with the big boys, I’m going to have to challenge your fortitude.”

4. They are your teachers.

Have you ever heard the expression that we pick our teachers? It is believed by many who thrive in awakened circles that we choose the people who will help us to grow the most in our lifetime.

We live in a physical world of polarities. In the expression of our physical experience, there is no light without dark, no good without evil.

And it is the adversary that will give us some of our greatest lessons in our lives.

They will teach us to love ourselves, cause us to muster our strength and grow far beyond our perceived shortcomings. The truth is, these people come in all shapes and mentalities. We can talk about personal traits such as prejudice, ignorance, and natural born cruelty to name a few, that could be seen as the true causes of “hateration,” but all of this just falls into the category of the person’s inner darkness and lack of personal evolution.

The fact is this: Either they will purge through their garbage and learn to bring light inside of themselves, or they will stay stuck in their internal war. Either way you’ve got to find a way to deal with them while keeping your own light protected.

So how do we deal with the negativity? It’s all fun and games when we talk about it, but how do we actually begin to overcome when the negativity rears its head? It helps to start with this:

1. Free yourself of judgment.

Relinquish the desire to form an opinion about what these people are saying or doing. Attempt to see their actions as neither good nor bad, just background chatter of their internal struggle that has little to do with you and everything to do with them. Try not to take their criticisms personally.

Understand that because of their negativity, they have a lot of internal work to do to become a whole person. See that they may potentially be in the midst of their own suffering, which is spawning their criticism. Realize that their negativity probably affects their relationships and their ability to transform and receive true inner wisdom.

3. Keep your eyes on the road.

You’ve been put on the planet for an important reason. You’ve gotten as far as you have by focusing on what you need to do. Anyone who is threatened by your positive performance is indicating that you’re doing things right.

Forgive these people for raining on your parade and forgive yourself for forgetting your umbrella.

It’s okay to emote and react sometimes. You’re human. Cut yourself some slack. And if you’re really grown up, try to cut them some slack as well. We were not all created with the same level of pain tolerance, emotional endurance, and maturity level.

Now remember, these are just some guidelines that you may want to add to your toolbox. I have found that the most important thing to remember is that all of this is just part of the journey of discovering the self.

Jenee Fernandes Jones is an awakened personal empowerment writer and life long student of holistic and enlightened living. An advocate of freedom consciousness, she believes in personal transformation through connection to the divine spark of limitless potential. She is the creator of the website One Joyful Journey and offers fun, spiritual life talks through her YouTube persona Journey Girl Divine.