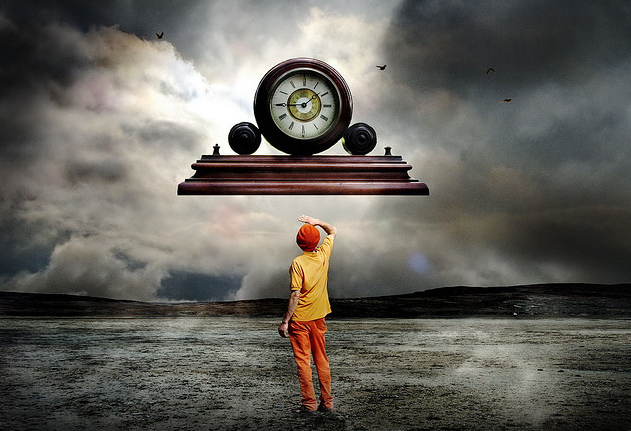 “It is never too late. Even if you are going to die tomorrow, keep yourself straight and clear and be a happy human being today.” ~Lama Yeshe

There’s a common misconception that there comes a point when it’s too late to do things you want to do. Maybe one of these statements sounds familiar to you:

“I can’t become a designer. I’m far too old to change my career path.”

“I’ll never get married. It’s too late in the game for that.”

“I couldn’t possibly start yoga. That’s for people much younger than me.”

We choose arbitrary windows of time when we imagine we should have tried something and then believe it’s not possible once those days have past.

The saddest part of this way of thinking is that we’re generally right. Not because it can’t be done, but because we can only do what we believe we can.

If you don’t think it’s possible to begin a new profession, you won’t take a training course, send out resumes, or make the connections you need to succeed.

If you don’t believe it’s possible to fall in love, you likely won’t put yourself out there and open your heart to let someone in.

If you don’t think your body can get stronger and more flexible, you’ll stay on your couch instead of trying a class, going to the next one, and being patient with your progress.

Instead of doing the things that would make you feel alive and proud of yourself, you’ll simply sit back—feeling frustrated, regretful, and maybe even a little jealous of other people who make their own rules.

Barring physical limitations, it is never too late—for anything. No matter what you did yesterday or what type of person you’ve been, you can wake up today and decide who you want to be. Don’t think about as changing. Think about as living this moment as you want to.

You may not accomplish in your remaining time what someone who started decades earlier will, but you won’t accomplish anything if you refuse to start. And more importantly, with each day that passes you’ll feel a greater disconnect between the life you’re living and the life you dream about.

Get started. Take a small step. What you’re seeking isn’t necessarily the end goal you think you need years to reach. It’s a life aligned with who you want to be. You can be that person right now.